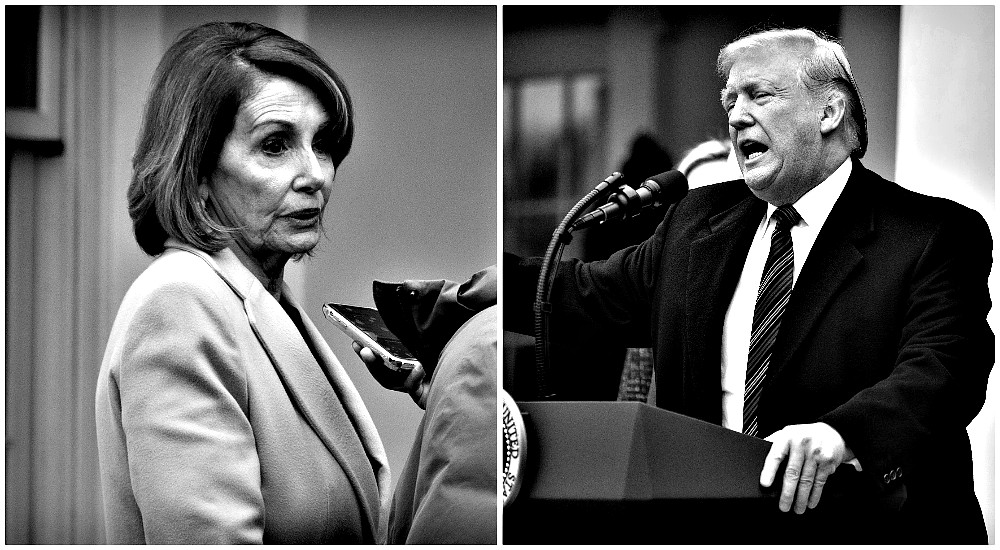 If President Trump is forced out of office the V.P. becomes President and the Speaker of the House becomes V.P. If Pence is forced out after he became President Pelosi would become President. In this situation, Pelosi would name a V.P. of her choice, subject to majority approval by both houses of Congress. Gerald Ford and Nelson Rockefeller are the only examples of this in our history.

I think that the Left knows it cannot defeat Donald Trump in November 2020. They will never admit this but everything they are doing is aimed at destroying his Administration and as many of his family and supporters they can, even if it happens after he is re-elected. Note: I consider the Left to be almost all Democrats, the RINO Republicans, and the MSM. They are all eager participants in the detailed traitorous plan to take the White House away from those of us that elected Donald Trump. A look at some facts proves that this is happening, and the Left is no longer concerned about what they are doing being unethical, illegal and in some cases Treason. As noted in my article last week the first part of the Merriam Webster definition of Treason is: “the offense of attempting to overthrow the government of one’s country”.

I am not the only person who thinks that the Left knows it cannot defeat President Trump in November 2020 but will never admit it. Rush Limbaugh talked about this at length on his radio show one-afternoon last week, and I have heard other people talk about this on Fox News.

Here are a few examples of the Left’s deliberate efforts to destroy the Trump Administration, and totally take over America:

As predicted the Left has succeeded in the first part of their plan to take over the White House. That was to prevent anything from getting done in Washington until they destroy the Trump Presidency. However, I still think that they are grossly underestimating President Trump and his patriotic supporters!

Post Script: In a press interview with The Washington Post on Monday, March 11, 2019, Pelosi said she would not pursue impeachment against Trump because he “was not worth it”. However, she left herself an “out” when she said, “unless there’s something so compelling and overwhelming and bipartisan”. She is also letting all her House committee chairs continue to waste millions of taxpayer dollars and thousands of legislative hours digging for dirt on the Trump administration. It appears that she had to make this statement because Mueller is about to end his unethical and illegal investigation with nothing to show for it! The radical wing of her party is openly rebelling against this.