Will our Legislature cause a Revolution? 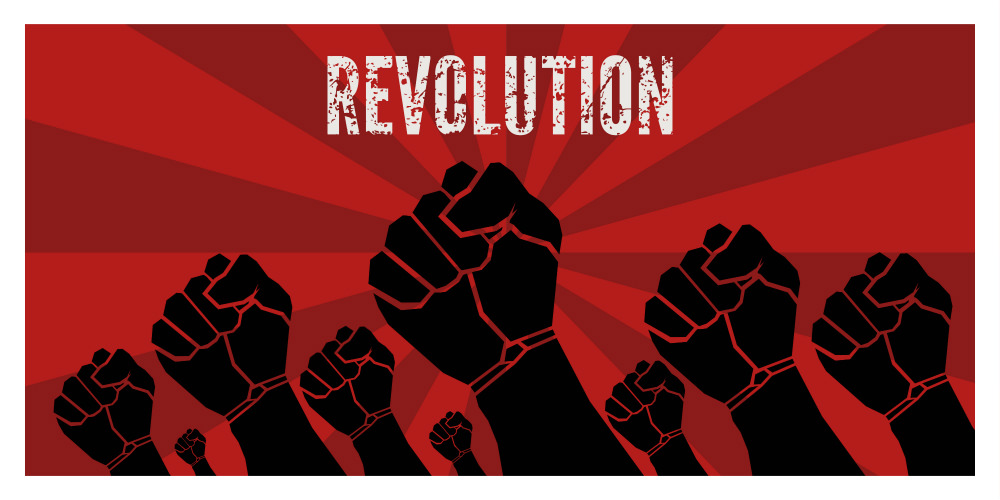 When, if ever, will the Patriotic American citizens finally put a stop to the Socialistic Liberalism that has infiltrated the Democratic Party? This Party, in the past, claimed to be the “party of the people”. It has become the Party of the Politicians. The constant, blatant hypocrisy of the Party leaders has become a direct insult on all good Americans.
The attempts to change our Constitution through any means possible is a direct and obvious challenge to our Democracy.

The nonsense put forth by the anti-American factions of the Democratic Party is nothing more than childish, immature, tantrum-inducing actions. And yet, we, the Democracy-loving Patriotic citizens, are ignoring their words and actions; allowing the dissenters to get away with all of the lies, and the attacks on our beloved Constitution. Don’t assume that the good ole USA will find a way to counter this, without your individual help.

The past three years have been an ongoing wake-up call to all. Candidate Trump scared the devil out of the opposition during the campaign. He directly threatened their comfortable and satisfying way of life. They knew exactly what he was referring to with the words ” … drain the swamp … “!  They were certain that enough had been done to ensure the win of Hillary Clinton. Well, obviously the Republicans did more to ensure she did not.

These latest actions by the “Swamp-Sisters”, I am hoping is a final wake-up call to all who cherish the American way of life; who abide by the Constitution, and accept the rule of law that the United States of America stands on.

I refer specifically to the fight over funding of the Border wall and the ridiculous and embarrassing Immigration policies that have been fostered and used by the Democratic Party to bolster up their base of voters.

Let me also remind all about the criminal behavior of many in the Democratic Party; i.e. the blatantly criminal actions of the Clinton Foundation. And now we suddenly see an attack on Trump’s charity foundation. Didn’t you know they all have similar manners to avoid certain taxes and manipulate around the Finance laws?

And like a bunch of school kids yelling ” …. he did it too ….” !!! Really!!!   I’m insulted and embarrassed again at this behavior in our Government.

We no longer have a Government for the people nor of the people. We have a group of swamp monsters all trying desperately to protect the muck and mire they operate within.

Businessmen and women must also use a certain amount of political acumen to operate successfully. But the difference we have within our Nation is that the current President is putting America first. He does not need favors, he does not need political ‘points’; he acts almost completely with the needs of the United States. Yes, he enjoys a pat on the back and acclamation for the good he does. But so what? At least he is not using you or your savings to further his bank account. He is not a really likable guy, but he is honest with the American people.

There are those that ridicule the Administration for so many resignations. If they truly understood the “business” mind of the President, they would realize that in business, you do your job or you get out. Politicians do not understand that. They work in a mutually beneficial scenario.

Well, it is time to put the brakes on. Time to protest, time to demand that the Congress stop taking so much time off; especially when important work hangs in the balance. When you work for the public, you must act with the public in mind.