Will the Islamic Takeover of Europe be Challenged? 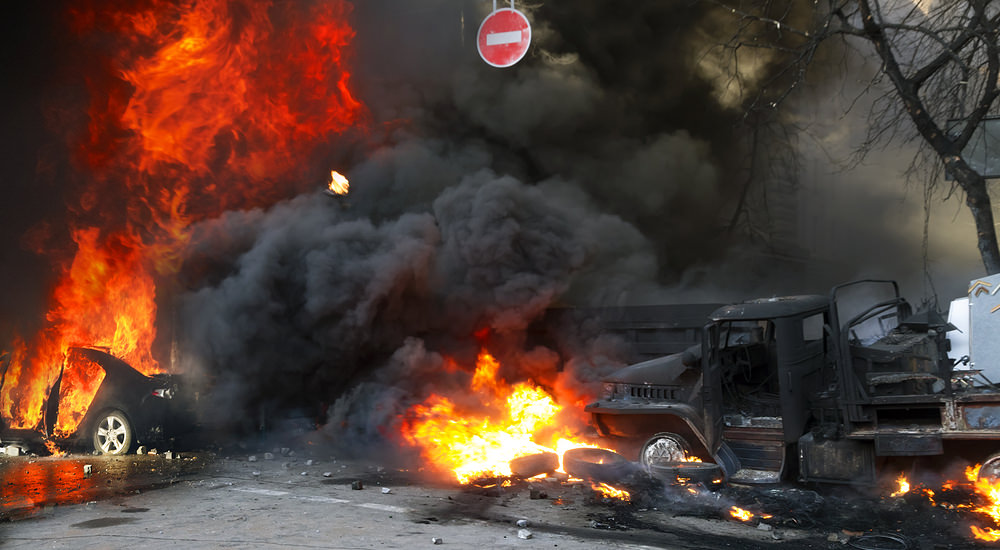 Where is the opposition to the imminent religious war building in Europe? Will there be a war or merely an Islamic takeover – with endless raping, destruction of property and theft? The remnant European Catholic traditionalist leaders – cardinals and bishops – must urgently take the following words of Just War to their pulpits and social media!

And was it for these words Pope Benedict XVI was replaced by the liberal and heretical Marxist Pope Francis? The following is what “Pope” Francis should be saying but refuses!

His Holiness Benedict XVI, at the Luncheon with the Cardinals, Hall of Dukes, Apostolic Palace, Monday, 21 May 2012:

“Today the phrase is somewhat out of fashion but in fact we can understand ever more so that it is true, that it contains within it the truth. We see how evil wishes to dominate in the world and that it is necessary to fight against evil. We see that it does so in so many ways: cruelty, through the different forms of violence, but even disguised as good and thereby undermining the moral foundations of society.” Pope Benedict continued, “St. Augustine said that all history is a struggle between two loves: love of self to the point of despising God; and love of God to the point of despising oneself, in martyrdom. We are caught up in this struggle and in this struggle it is very important to have friends.”

To the global Church Militant, Pope Benedict XVI proclaimed, “It is necessary to fight against evil.”i For centuries and centuries, this is how saints understood the Church in relation to the world!

The enemies of Christianity are the world, the flesh and the devil – the world with its naturalistic philosophy that spurns supernaturalism; the flesh, with its allurements; and the devil with his false philosophy, his text book of life and his retinue of defamers. With these there is no compromise nor tolerance.

Christians are anti-nothing. We are solidly pro-Christian! Liberal “Pope” Francis would see the non-Catholic prophecy of Nostradamus fulfilled – that the Vatican will be overrun and sacked by Muslims – to provide the necessary excuse to relocate to Jerusalem and assist the Antichrist in the Temple.  This maneuver is conducted by the spirit of Antichrist.

But European and North American Christians need not be controlled by the spirit of the age and the liberal whims of this anti-pope! Shame on those apathetic Christians who, for the sake of financial gain, of social prominence and of fleeting fame, maintain that it is not prudent to oppose the hosts of Anti-Christ and to join the ranks, cost what it may, of those who are defending the principles preached by our God and Master.

Christians often have heard it remarked that they belong to the Church Militant – the fighting Church. Simple-minded souls are prone to think that their fighting is limited to the inordinate movements of passion – pride, lust and sloth. They forget it is equally important to fight the world and the devil; that it is of paramount importance to consolidate their forces against the unchristian forces of the world; to oppose vigorously the very realistic powers and principalities of darkness who are the unseen rulers in high places.

Where is the opposition to the imminent Religious War building in Europe? Will there be a war or merely an Islamic takeover – with endless raping, destruction of property and theft? The remnant European Catholic traditionalist leaders – cardinals and bishops – must urgently take the following words to their pulpits and social media!

Though defied by anti-pope Francis, the Catechism of the Catholic Church is abundantly clear:

2242 The citizen is obliged in conscience not to follow the directive of civil authorities when they are contrary to the demands of the moral order, to the fundamental rights of persons or the teachings of the Gospel. Refusing obedience to civil authorities, when their demands are contrary to those of an upright conscience, finds its justification in the distinction between serving God and serving the political community. “Render therefore to Caesar the things that are Caesar’s, and to God the things that are God’s.” “We must obey God rather than men”:

When citizens are under the oppression of a public authority which oversteps its competence, they should still not refuse to give or to do what is objectively demanded of them by the common good; but it is legitimate for them to defend their own rights and those of their fellow citizens against the abuse of this authority within the limits of the natural law and the Law of the Gospel.i

The French Catholic philosopher, Jacques Maritain, in 1930 published The Things That Are Not Caesar’s. Two chapters include “A Crisis in the Catholic Spirit” and “Our First Duty to God.” Once

the present European crisis in the Catholic spirit is overcome – with their first duty to God renewed and permanently entrenched – they are then ready to challenge and confront the oppression of a public authority which oversteps its competence: The would-be authority of Islam and the anti-Christian “authority” of globalist liberals which includes anti-pope Francis.

Is our 21st century enigma something new? Ecclesiastes 1:10 assures us, There is nothing new under the sun. Neither is anyone able to say: “Behold, this is new!” For it has already been brought forth in the ages that were before us.ii Two thousand years of Church history is, very simply, replete with the oppression of public authorities which overstepped their competence. But the historic continuity and apostolic nature of the true Church reigns to this day! While centuries of temporal public authorities are long forgotten in the dust bin of history.

Matthew 16:18-19 also assures, And I say to you, that you are Peter, and upon this rock I will build my Church, and the gates of Hell shall not prevail against it. And I will give you the keys of the kingdom of heaven. And whatever you shall bind on earth shall be bound, even in heaven. And whatever you shall release on earth shall be released, even in heaven. This is a Divine promise. Over many centuries, Catholics watched temporary oppressors come to pass: Islam and anti-popes! But the outcome for our generation can be the same as theirs!

Intolerance, persecution, and proselytism are invidious and ill-sounding terms, never long absent from the mouths of anti-Catholic controversialists. We are likely to hear a great deal of them in the immediate future.

If toleration in the individual may be defined to be a practical recognition of our neighbor’s right to follow his conscience in matters of belief and conduct, provided the exercise of such right does not involve injury to social order or morality – which seems a fairly adequate description – then intolerance, as a consequence, is the denial of that right. And when expressed in action, it will show itself either by penalizing the neighbor for following his or her conscience, which is persecution, or by using unfair means to induce him to conform his conscience to another’s, which is proselytism.iii

In all three cases, the rights of conscience, of “God’s aboriginal Vicar,” in Newman’s phrase, are practically denied. The result is an unauthorized interference between the soul and its Creator, and man’s essential liberty is violated. It is plain that no one – no politician – on his own account has a right to do this. The choice Catholics are again confronted with is nothing new under the sun: To oppose the State or oppose the Divine. Once again, Catholics are called upon to deny State absolutism – whether liberal or Sharia – immorally claiming the obedience of minds and hearts of Catholics and all Christians of western civilization!

Urged by the Catechism of the Catholic Church and the words of Pope Benedict XVI, it is nevertheless a privilege to defend one’s rights and those of fellow citizens against the abuse of the present liberal and intended Sharia authority, within the limits of the natural law and the Law of the Gospel. “We must obey God rather than men.”

iii“Intolerance, Persecution and Proselytism,” Father Joseph Keating. The Month, A Catholic Magazine, May 1909.