Will Interests Rates Ever Go Up? 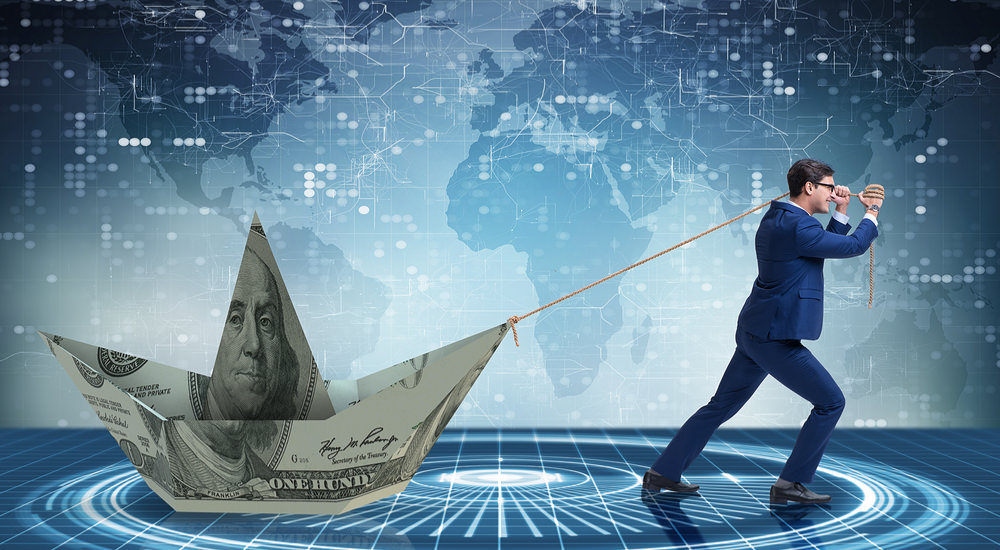 Wrapped in a worldwide currency depression, the intentional zero interest rate strategy has fostered great damage to the practice of saving. Nevertheless, not everyone believes or blames central banksters for enacting a deliberate policy. Reporting on one such denier is UK columnist Jeremy Warner. He writes in the Telegraph article, When will interest rates rise? The way things are going, maybe never.

“As Ben Broadbent, deputy governor of the Bank of England, put it in a recent speech: “Rather than causing the decline themselves, central banks have instead been accommodating a deeper downward trend in the natural, or equilibrium rate of interest.”

To Mr Broadbent, central bankers are not so much the instigators of any particular level of interest rates as slaves to what is happening in the wider economy.”

“This cannot be entirely true, of course. Just recently, for instance, both the anticipation and later enactment of European Central Bank “quantitative easing” has plainly had a quite marked effect on European bond yields, driving some into negative territory. Indeed, reducing bond yields in the hope of persuading investors out of low risk into higher risk assets is part of the purpose of QE. Unconventional monetary policy has also been exceptionally helpful in reducing the pain of fiscal consolidation. Public debt has effectively been monetised, allowing governments to borrow more than otherwise, and at much lower interest rates, too.”

Market Watch chimes in with an intriguing prediction. “Here’s what is actually going to happen. Interest rates in the U.K. may not ever go up from the near-zero level of the last few years. Japan cut its rates to those levels more than two decades ago and it is no closer to a rate rise now than it was in the mid-1990s.”

Such panic may reflect the Japanese experience, but will the entire Western financial system be able to keep a zero or even a negative interest rate level indefinitely?

“Now even the CBO is forecasting debt to GDP to continue rising for as far as the eye can see and so there must be a negative slope on interest rates. If average interest rates on debt were to move back to let’s say the 20 yr average of 7.5% our interest payments would take up 7.5% to 10% of our GDP.  And that is something we simply cannot afford.  The most our average interest on total debt can move in the near term is to around 4% which would take us to the high end of the historic DSGDP range.  Fortunately I suppose that would also crush what little demand is left in the economy and so there is much incentive to do so.  In 5 or 10 years time total debt will be sufficiently more than GDP that even 4% will be unsustainably high.”

This position might lend some credence to the Mr Broadbent if he and his central bankers had clean hands in the creation of the enormous debt that plagues global economies and national governments.

Is it not amusing to think that the architects of the debt created monetary system are reduced to claim that they are captive of their own handiwork?

Interest rate levels are not determined by market forces. As any honest student of monetary history will attest, the entire purpose of establishing central banks is to control the creation of money and the rate of interest charged on borrowing their fiat currency.

The simple answer when the interest rate will rise is when the savings of the subservient public is exhausted. The vassal bondservants are pure chattel to the banksters.

Private Wealth cites a trend that has been well publicized.

Both the ranks of the rich and their collective wealth have now risen 60 percent since 2008, the survey showed, and those fortunes are expected to rise a further 22 percent by 2016.”

However, this next aspect is far less well known.

“Moreover, the CapGemini/RBC survey showed rich investors still stored a whopping 27 percent of their expanding portfolios in cash or equivalents through last year – more than they held in any other asset class and twice pre-crisis levels.”

By definition, the super rich have money, but this group has benefited most from the zero interest rate economy, while dramatically increasing their own financial worth. Accomplishing this feat in a deflationary environment indicates that the assault on ordinary savers has achieved the objective of bleeding them empty.

“When you strip away the banking veil of trickery, what remains is a stash of greed, built on a hoard of distrust and deception. Few financial policies have been more destructive for the depositor than low interest rates. Siphoning off purchasing power is a perfect method to impart a fiscal squeeze, hard to rebound for any depositor. Everyday your cash lingers in money interest limbo is another diminution in your net wealth.”

It must be admitted that financial markets and especially currencies are manipulated by governments as official policy. Nonetheless, the central bankers truly pull the strings on the political process. Most common folks are their own worst enemy. They are deniers of the obvious and will actually defend a financial establishment that has systematically destroyed their money purchasing power.

For such fools, Mr Broadbent and his ilk are mere victims of hard times, when the reality is that the central banksters are the technocrats that strip and destroy our communal financial future. Zero interest rates would work in a no debt society. As it stands now, the political will to criminalize central banking is none existent.