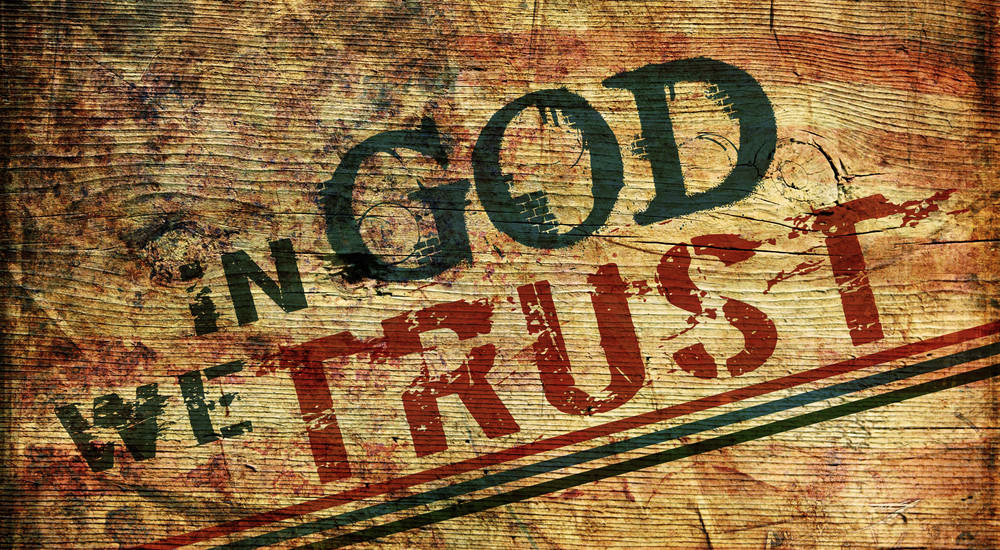 I want to address evangelical Christians in particular. So, if you’re not religious or agnostic or even a-theist, this post might make you guffaw. I expect that. But, I’m writing to Christians who don’t remember their first birthday but will never forget their second.

YouTube channels sprang up like dandelions these past three years warning us of martial law, FEMA camps, the end of the rule of law, an EMP attack, and others catastrophes too numerous to mention here. Preachers, especially, warned darkly that America was coming to an end. If God did not spare Sodom, he wasn’t going to let America slide further into wickedness.

Why, the rapture and the Antichrist were just around the corner.

We heard about blood moons, Shemitah, Year of Jubilee, all harbingers of America’s doom unless 2nd Chronicles 7:14 became the prayer on every Christian’s lips.

But, since June one year ago, those voices have faded away faster than the Pharisees who dropped their rocks.

What changed? Where did all the doom-and-gloomers go?

Today, other voices replaced the prophets of doom. Hank Kunneman, Joseph Prince, and others no longer obscured by the purveyors of end times prophecy. These new, Christian, voices are telling us to calm ourselves. Do not become hermits hiding behind ramparts with enough guns and ammunition to start WW III.

These preachers are telling us to put on the whole armor of God and watch as He raises a standard against wickedness in high places.

These voices tell us to stop listening to the Spirit of Fear, a spirit prominent in America since 9.11, because God is in control, not Obama. Obama’s schemes are going to disintegrate before his very eyes.

There can be no real change in America–indeed, in the world–with the same people running things. Corruption is rampant, but political, economic, and judicial corruption is now in the process of being exposed.

Leftists are being removed from power in Argentina, in Brazil, and in Venezuela. This is only the beginning of Leftwing sorrows. Expect another famine to descend on North Korea. Kim will be overthrown and, possibly, executed. The new leaders that replace the Kim Dynasty will open talks on reconciliation and reunification. The Korean War will finally come to an end.

China will undergo an unprecedented upheaval. Three hundred million Chinese Christians, now largely underground, will come to the surface. The corrupt communists that have ruled China since the Long March will be removed almost as easily as Yeltsin displaced the Politburo.

The globalist cabal, those intent on destroying national sovereignty, erasing borders, and subjecting every human being to global government—these geniuses forgot one thing. The God of Israel ordained nations and set borders. He offered his opinion about one-world government back when everyone on the planet spoke the same language.

Humpty Dumpty will never be put together again–not by man. One builder dreamed of a tower that would reach unto heaven. Might God use another builder to thwart a 21st Century recurrence of that same dream?

God has raised up a standard against such schemes. I don’t believe He inspired the founding of America 240 years ago for no good reason. Although the Worldwide Left has bruised a lot of heels over the past century, God is about to crush their heads.

“And this gospel of the kingdom will be preached in the whole world as a testimony to all nations, and then the end will come.”

If America is destroyed, how will the Word of God be preached as a testimony to all nations? If the Internet and freedom of speech are censored and controlled, how will God reach people in those distant nations?

I believe God inspired the creation of the United States for two purposes, one seen, and one that remained unseen for nearly two centuries. America was raised up for just such a time as this, to spread the Word around the world through all means possible. Two, the United States was to defend Israel against those that would destroy her.

Do you really think God wants to destroy people? God draws people to Himself, not through wrath, but through Grace. He could destroy America, but He could raise up a standard to destroy America’s enemies, both foreign and domestic—and return this nation to the rule of law.

Who or what might be the standard God will raise up against His enemies? Who is not timid and does not faint? I know a lot of you are squirming right now. How could God possibly use him?

How did God use Noah who had a weakness for wine?

How did God use Jacob who schemed his way through life until he dared wrestle with God and lose?

How did God use someone he called a man after his own heart, knowing he would commit adultery and murder?

God can use anyone, and often, he uses the simple to confound the wise.

So, if God intends to pour out His Spirit upon all flesh, where will the missionaries come from? England is a has been for a century. Europe? You’d have to explain the concept of God to them before you could even begin to explain Jesus Christ.

Africa? There are more Christians in Africa than Muslims, but the continent lacks the resources of America.

Who but the United States of America has the wherewithal to send millions of reapers to the final, last days, harvest?

Can we do it now? Apart from Swaggart’s SBN, which is in many nations but not yet in every country, we Americans are wholly unprepared. The enemy has whittled us down to match sticks. As we are now, America is utterly unprepared to either bring in the last harvest of history or to defend Israel against the Persians.

No, if America is going to be what God intended all along, He is going to have to make America great again.