Will CPAC Adapt to Trumpism? 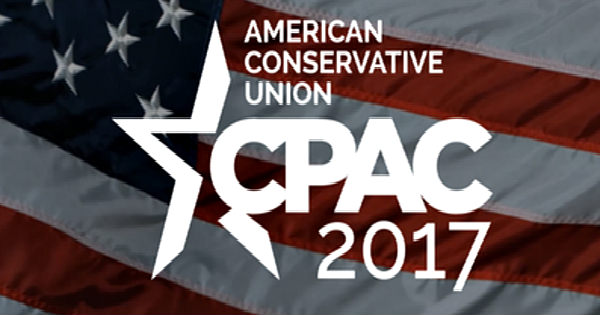 The Conservative Political Action Conference, better known as CPAC, starts this week. For those who are unfamiliar with CPAC, it is an annual event that takes place in Washington, DC that brings together conservative activists with conservative elected officials, leaders, journalists and celebrities. It is likely the largest and most prominent event of its kind within the conservative universe.

The crowd at CPAC, however, trends young relative to the average GOP voter and movement conservative leadership. This has sometimes been a source of discord in the past as young conservatives’ priorities often differ from the priorities of the older generation. This has been very evident at the last several CPACs due to the rise of the “liberty” movement that coalesced around the presidential campaigns of Ron Paul in 2008 and 2012 and Rand Paul in 2016. Since a straw poll takes place at CPAC during presidential election cycles, candidates sometimes go to great lengths to get their people to CPAC to vote in the straw poll.

Some traditional movement conservatives have complained that CPAC has gone libertarian of late because of the influence of the Paul’s. This discord has been especially evident on the issue of foreign policy and the related issues of the “War on Terror,” the security state, civil liberties, etc. My hunch is that this recent phenomenon is primarily a manifestation of the Paul campaigns, and the visible liberty movement presence is likely to be decreased this year as there is no immediate election at stake. I don’t believe that a lot of Paul supporters ever felt particularly at home at CPAC, but went there to vote for their guy and be a visible show of support.

An interesting aspect that I will be looking for this year is to what degree the resonance and success of Donald Trump’s atypical message has fundamentally caught hold among the conservative, especially young conservative, activists who attend CPAC. A lot of more traditional conservative activists were skeptical of Trump because his message strayed from conservative orthodoxy in some areas and didn’t emphasize the usual conservative pieties in others. Some of these folks even went so far as to make up the NeverTrump faction that opposed Trump to the bitter end because he wasn’t a “true conservative.”

Much to the chagrin of these conservative activists, however, they are just that, activists, and don’t necessarily perfectly reflect the beliefs of rank and file Red voters. Activists are more likely to adopt the orthodox message in toto and value strict adherence to that message. The average Red voter, on the other hand, is much less ideological and Trump’s more populist and nationalist message appealed to them in a way that movement conservative orthodoxy does not. The average Red voter in Flyover Country cares a lot more about U.S. manufacturing jobs going overseas and south of the border than he does about cuts in the capital gains tax rate, no matter how many times free-market fiscal conservatives invoke the name of David Ricardo. Some of us have been pointing out this disconnect between Republican orthodoxy and the masses who actually vote Red for some time. Trump’s success has finally driven the point home.

Trump’s populists/nationalist message resonated with many typical GOP voters and also a subset of dissident conservatives who have long been at odds with mainstream conservatism on the issues of immigration, trade and foreign policy. This dissident faction, which you could call paleoconservative or Buchananite, however, like the average GOP voter, trends older than the activist crowd at CPAC.

That said, there is definitely an element of younger conservatives who have enthusiastically embraced Trump and Trumpism. Note, for example, the popularity of Brietbart and the activity level of its comments section. Young red Make America Great Again hat wearing Trump supporters were a fixture at his events. While I am not sure that the young Red Hat crowd understands the trade issue, for example, to the same degree that the paleo greybeards do, they do seem to embrace Trump’s more nationalistic “put America first” agenda in general and his confrontational anti-Political Correctness style.

Trump’s young supporters also recognize the nationalism vs. globalism dynamic that played out in the last election and is playing out in much of the Western world. They have little patience for the pieties and platitudes that have for so long characterized movement conservatism as demonstrated in exaggerated form by the NeverTrump “true cons,” when they see the U.S. and their future in a downward spiral brought on by mass immigration and the decimation of the middle class. They care more about standing up for their fellow Flyover Country inhabitants and sticking it to the elites and posers who call them names than they do adhering to stale conservative orthodoxies.

The question then is, is CPAC and the broader conservative movement, for that matter, prepared to deal with the new realities of the Trump era and a transformed GOP base and party? Jim Hoft of the Gateway Pundit, who has been an enthusiastic supporter of Trump, thinks not, and he points to as proof the CPAC line-up of speakers which is heavy on old school movement type conservatives. Hoft states the case in a confrontational way, but it’s hard to deny that the guest list is loaded with speakers who generally fit the tidy movement conservative mold, including some prominent NeverTrumpers, with relatively few people who are easily identified as Trumpian nationalist/populists.

To be fair, Donald Trump and Steve Bannon are scheduled to appear, and I have no doubt that they will both be greeted very enthusiastically by those in attendance. It is fair to wonder, however, whether the predominance of movement conservative speakers represents institutional inertia that is just going to take time to adjust to the new reality, or if this is a deliberate effort on the part of the old guard to keep the old dogma intact.

Conservatism has never been monolithic and there have always been competing factions that disagree with each other who were all represented at events like CPAC. This is inevitable in any large and broad coalition. However, it is possible to conceive of many of these differences, such as whether a flat tax or a national sales tax is the best reform, as in-house debates. What has happened with the assent of Trumpism is the introduction of a new meta, if you will, dynamic. Trump and Speaker Paul Ryan and their respective supporters, for example, may agree on common conservative issues such as guns and taxes, but they are on opposite sides of the new nationalist vs. globalist meta dynamic. The pro-immigration, pro-free trade economic neoliberalism of Ryan is not compatible in a very fundamental way with the immigration restrictionist, anti-multinational trade deals nationalism of Trump.

I argued repeatedly during the campaign as I was jousting with self-appointed “true cons,” that movement conservatism actually has very little to do with conserving anything, like a place and its people, and had become little more than ideological cover for status quo neoliberal globalism that has served well the donor class who write the big checks, but has not well served the masses of Flyover Country Red voters who keep sending Republicans back to office. Will CPAC and the broader conservative movement from here forward attempt to straddle the fence and play both sides? Will they tenaciously fight to maintain the old orthodoxy against the intrusion of Trumpism? Or will they adapt to the new reality that most GOP voters care more about actually restoring their country than they do about fidelity to rigid ideologies and the recitation of platitudes? Time will tell.