Will Alternative Parties on the Ballot Help Get Clinton Elected in Georgia?

The discussion about the “close race” between Clinton and Trump usually refers to polls but does not take into account actual election trends. Georgia has been increasingly trending Republican since 2002. Even in Obama’s 2008 election John McCain won Georgia. Of the two million votes cast in the March 2016 Presidential Preference Primary, 63% voted Republican and 37% voted Democrat. Only Cruz and Rubio were competitive in the run against Trump in Georgia, and Rubio has pledged to support Trump. If I take out the entire Cruz vote, then the GOP still wins the primary turnout 48% to 37%.

Then there are the so-called “independent voters,” usually identified as non-primary/caucus voters who reliably vote in the general election. Most of these voters have been shown to vote exclusively for a particular party’s candidate and generally lean toward the party winning the primary turnout, which really leaves around 5% of this group as actual swing voters. Even if all of these swing voters voted for Clinton, Trump still would not lose Georgia.

The presence of a Libertarian presidential candidate on the ballot in 2012 didn’t throw the election into a runoff; given Georgia voter demographics I expect similar performance for this year’s Libertarian nominee. If the #NeverTrump boosters helped get the Constitution Party’s candidate Darrell Castle on the ballot now, then Castle and the Libertarian nominee may or may not force a runoff between Trump and Clinton. But even in a runoff Trump would still win.

So we see the “supporting an alterative party will get Hillary elected” in Georgia assertion is not credible. But if the Constitution Party’s candidate Darrell Castle got 2% of the vote, then it would give the party provisional ballot access. The constitutionalist conservative movement in Georgia can use that as a foundation to build a political movement over the next four years where the party’s platform and candidates will move their agenda at the local and state levels.

A few #NeverTrump leaders and activists in Georgia see this long-term opportunity and are working discreetly behind the scenes to get Constitution Party candidate Darrell Castle on the ballot. The deadline of June 30 to get petitions circulated and turned in is closing in fast, but if more #NeverTrump folks support the ballot access effort then this ballot access battle will be won. Ballot access is real political power; with it the Constitution Party of Georgia has the potential to impact Georgia politics and advance constitutionalist policy at the local and state levels the next four years. 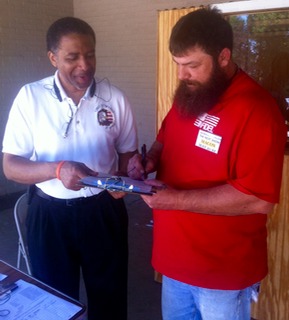 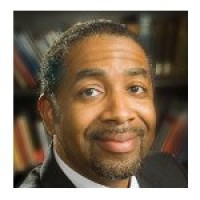 Ricardo Davis, who desires to glorify the Lord Jesus Christ in his service to his community, has a long and successful history in serving the pro-life and constitutionalist movements. He serves as Chairman of the Constitution Party of Georgia and President of Georgia Right to Life. He is owner of Ricardo Davis & Associates, LLC, a healthcare information systems consulting firm.