Why Protest So Much? 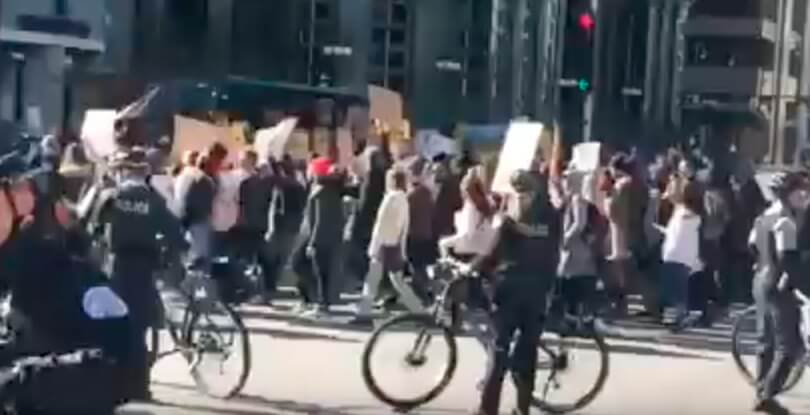 That was proven buy the fact that Trump won buy such a “huge” margin that even the sophisticated election fraud tactics used by Hillary Clinton’s supporters couldn’t sway the election in the direction of their “anointed one.” Yes, it does LOOK like there are lots of people demonstrating, all over the country. But they still remain a distinct MINORITY. Which is why not only Trump won at the polls, hundreds, even thousands of Democrats LOST. Actually the “demonstrators fall into a very few groups. One, the PAID “demonstrators” who organize the whole thing. They find people who were against Trump and the Republicans all along, and con them into “demonstrating.” The media makes it look like a major demonstration by showing only close up shots of a small gathering and talking admiringly about the “masses” of demonstrators, all over the country.

They say they’re “afraid of violence,” while they COMMIT violence. Another group is the “true believers” who would never have voted for Trump, in ANY case. It isn’t hard to get these people to demonstrate. Yet another group is the “freeloaders,” who see, in Trump, the “end of the gravy train” upon which they depend, so they can live without working, at the expense of others. It’s all “sour grapes” by LOSERS. Another group is the thugs who will take any excuse to riot and loot, damaging and stealing other people’s property. They will always be with us, and will take advantage of ANY “demonstration” to “do their thing.” But the MAJORITY of Americans elected Trump and many more Republicans, and no amount of “demonstrating” *(rioting, looting, violence) will make that go away. Trump has not even been inaugurated yet, and some of those fools are trying to get him IMPEACHED, with no cause! We need to give him a chance to undo all the atrocities committed by Barack Hussein Obama.

If he doesn’t, we can defeat him at the next election. The big problem with all these “protests” is that they are BASED on the LIES told them by the Democrats, none of which are true. But if you try to show that to these fools, you’re likely to be the subject of the violence they SAY Trump stands for. They go up and down the streets chanting the Democrat lies, and CLAIMING they have gotten “death threats” for organizing their protest. But, as usual, no proof. They say they “just want their voices to be heard,” but their voices WERE heard on Nov. 8. There just weren’t enough freeloaders and sore losers to sway the elections. I just wonder what these people do for a living. Do ANY of them have actual jobs? Other than the ones who are PAID to put on these damned fool “demonstrations,” that is.