Why Leftists Love Stickin’ It to Christianity 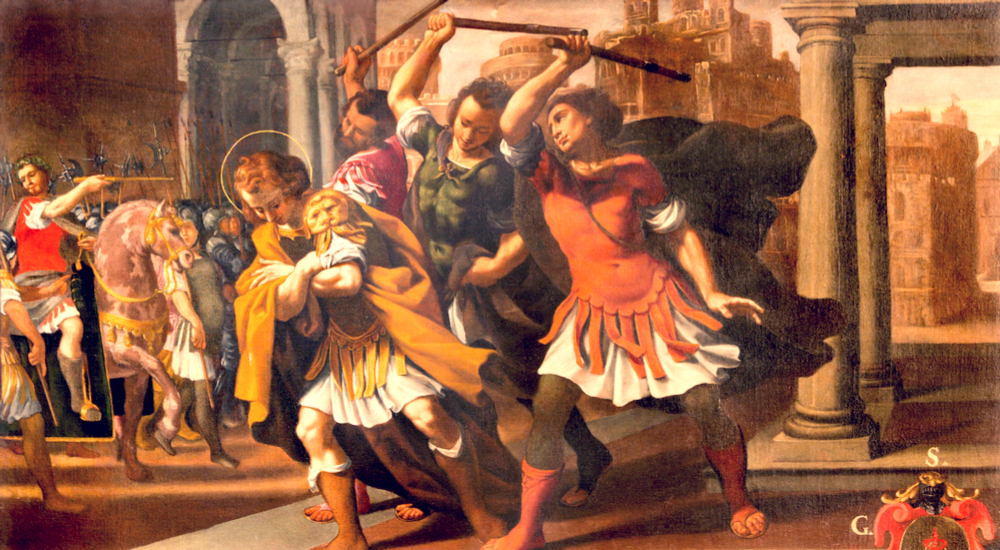 The Democratic party has become extremely leftist. They hate America’s Christian founding and all things wholesome and good. Their hatred comes from a spirit which is anti-Jesus Christ. Here Lloyd goes again suggesting spiritual forces are at work in the political discord.

“For we wrestle not against flesh and blood, but against principalities, against powers, against the rulers of the darkness of this world, against spiritual wickedness in high places.”

Before writing me off as a Christian nut, please hear me out.

Democrat lawmakers in various states are pushing to legalize murdering babies on their day of birth and even after they are born. This is unquestionably, “spiritual wickedness in high places.” https://bit.ly/2VfwPKw

Leftist love stickin’ it to Christianity because they hate Jesus proclaiming himself to be the only path to heaven. In the late 1960s, my college buddies and I loved gathering for lunch to watch the original “Star Trek” TV series. One theme of the show was that man could someday evolve to perfection. The Bible says it is impossible for man to achieve perfection which is required to enter heaven. This is why God sent Jesus to pay the price for man’s sin.

“For God so loved the world, that he gave his only begotten son, that whosoever believes in him shall not perish, but have everlasting life.” (John 3:16)

I imagine Jesus’ shed blood as a pair of red sunglasses. Because God looks at me through his Jesus sunglasses, he sees me as perfect; ready to enter heaven. Praise God!

Here’s another example of leftists “stickin’ it” to Christianity. The rainbow is a Christian symbol. “I have set my rainbow in the clouds, and it will be the sign of the covenant between me and the earth.” (Genesis 9:13) It is not a coincidence that leftists hijacked God’s symbol to represent a behavior which God deems an abomination. “You shall not lie with a male as with a woman: it is an abomination.” (Leviticus 20:13)

Leftist activists on the Supreme Court redefining marriage was really about “stickin’ it” to Christianity. Civil unions provide same-sex couples the same legal benefits of marriage. So why was it necessary to destroy marriage as defined by God? “That is why a man leaves his father and mother and is united to his wife, and they become one flesh.” (Genesis 2:24)

Leftists claim to be advocates for women and homosexuals. The Quran suppresses women and even condones raping women in certain situations. (Qur’an 4:24) https://bit.ly/1qAu6oS Muslims are advocating beheading homosexuals. https://ind.pn/2FDl8Vu Therefore, leftists praising Islam while promoting their lie that Christians are the greatest threat to women and homosexuals has to be about stickin’ it to Jesus.

Several Hollywood celebrities are cheerleaders for Islam. If Sharia Law took over America, these celebs’ heathenish lifestyles would become illegal. Clearly, these celebs’ love affair with Islam is not rooted in logic. It is rooted in denouncing the deity of Jesus.

Leftist president Obama, routinely stuck it to Christianity while praising Islam as a religion of peace. https://bit.ly/2plTsy0 Unlike Islam, Christianity does not advocate killing non-believers. (Qur’an 9:5) The Bible says, “Therefore with loving-kindness have I drawn thee.” (Jeremiah 31:3)

Leftists deem themselves too smart and sophisticated to embrace Christianity. A leftist friend was always excited about the latest reincarnated guru. At one time, she worshiped sacred stones. She believes my faith in Jesus is naive.

To stick it to Christians and pro-lifers, vile comedian Michelle Wolf ended her show with a musical salute to abortion. What kind of evil mind thinks killing babies is something to sing and dance about? Wolf’s sick audience cheered. https://bit.ly/2VcIc5G Wolf said fathers should not be allowed input regarding a woman’s choice to kill her baby.

Stickin’ it to Christianity, NY Governor Cuomo ordered the One World Trade Center and other landmarks are lit in pink to celebrate the passing of New York’s new law to murder babies on their date of birth. https://bit.ly/2GEwsWr Folks, something has gone terribly wrong in the hearts and minds of Democrat politicians.

Similar to a school playground bully, leftists will continue stickin’ it to us as long as we allow them to get away with it. We must ask God for his wisdom and strength; stand up and push back in a Godly and legal manner.