Why I Open Carry 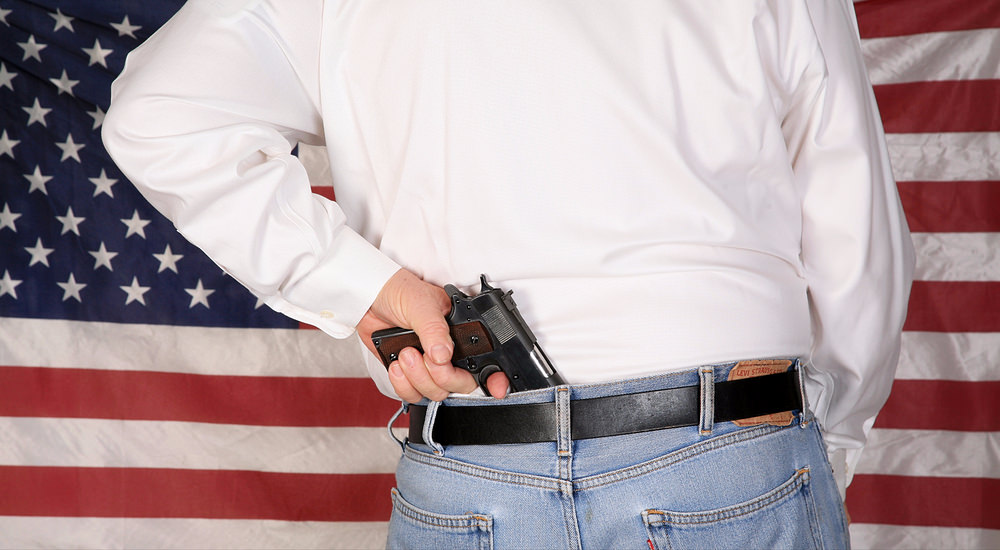 I was having my oil changed the other day during which the service manager and I somehow got to discussing the “knockout game” where punks attack unsuspecting victims and knocked them to the ground, just for fun.

I have done business with this dealership for years so they know me and are comfortable that I open carry my side arm.

Our conversation soon attracted more people and most that ended up taking part in discussion, were in favor of law-abiding citizens owning and carrying guns. There was however, one who advocated strict gun control. Interestingly, this young woman had no problem with me carrying a weapon, but was generally against it.

I posed a scenario to the “discussion group”. Yes I know, I’m such a geek, discussing politics with a bunch of gear heads at an auto dealership.

Anyway, here was the scenario: You (anyone of them) and I are walking down the street – not together, but on the same sidewalk. A criminal has the intention of robbing someone. He spots us both and has to make a choice of whom to rob. Neither of us is particularly physically intimidating. The difference is that the would-be criminal can plainly see that I have a side arm and you do not. Now, who’s he going to victimize?

In unison, everyone agrees it will not be me. Even the gun control advocate agreed, and did so without hesitation.

At that point, all involved, including the young woman, had to admit that in this particular scenario, gun control is illogical and purely emotional.

As long as no one is ever presented a scenario like this, gun control is an easy backstop position. But no one in their right mind would choose me as the likely victim.

The young woman, who was now visibly rethinking her position on gun control, then asked me why I carry. Another participant asked why I don’t “concealed carry”.

My answer to her was because of that very scenario, which dovetailed directly into my “open carry” versus “concealed carry” reasoning.

My answer was simple. Despite my mild mannered, unassuming appearance, I have been trained in Close Quarters Battle (CQB), I have years of Martial Arts training and firearms training. In other words, I am fully capable of defending myself, but I don’t go looking for trouble nor do I wish to find myself or my loved ones in a situation that may cause me to use my skills. I would much prefer to avoid it, if at all possible.

I went on to explain that carrying a concealed weapon may allow you defend yourself, but your would-be attacker doesn’t necessarily know you are carrying until the altercation begins, and then anything can happen.

By open carrying, I more than likely avoid the situation altogether. And, as an added bonus, any unarmed person within my sphere of influence will also benefit by me open carrying.

I then ended the discussion with a direct answer to the young “gun control” advocate. I told her that I carry because I’m one of the “good guys” and if she was the one in trouble, and there were no police insight, she would be darn happy I was there.

I certainly don’t advocate that everyone carry, either concealed or open. It takes a certain mindset and confidence to do so, but if enough “good guys and girls” did so, the streets would be a lot safer.

I was satisfied that the “good guys” may have won the day and converted this young woman.

Funny thing though – not once did I or anyone else ever mention the Second Amendment. I thought that interesting.

Just another day at the local auto dealership.