Why Do Democrats Support the Violent MS-13 Gang? 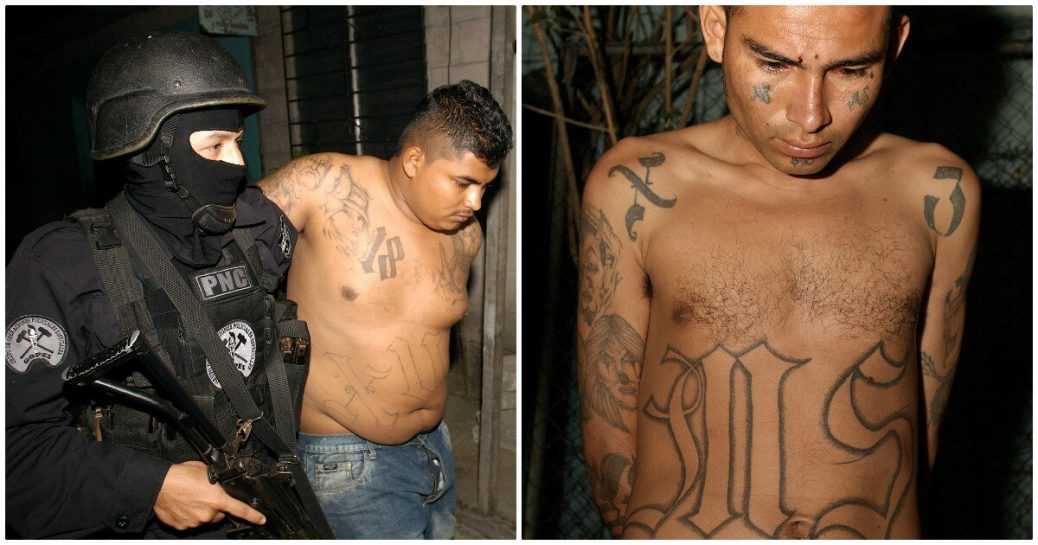 If you watch the video below, I’m sure you will be as disgusted as I was. The Democrat mouthpieces ProPublica and Vox got together to create this whitewash of the most violent and vile gang that ever existed. MS13 doesn’t just kill people they don’t like (or who just happen to be in the wrong place at the wrong time). They torture them. If it is a female, they rape her. Then they hack their bodies into pieces until they die. (Machetes are cheaper than bullets.)

The gang’s name comes from La Mara, a street gang in San Salvador, and the Salvatrucha guerrillas who fought in the Salvadoran Civil War. When Mara Salvatrucha joined forces with the Mexican Mafia, which uses 13 (because M is the 13th letter in the alphabet), they became Mara Salvatrucha 13, and eventually abbreviated their name to MS13. It all boils down to “evil punks who think they are above the law.”

The video below is a Democrat rationalization of why President Trump should stop being “mean” to the MS13 gang-bangers. It includes statements like:

1) “This gang was formed in the U.S., so it’s a U.S. problem.” Indeed, this hate group (they don’t discriminate – they hate everyone but themselves) became more organized in Los Angeles. But it was made up of Central Americans – mainly Salvadorans. And today, according to law enforcement officials, its U.S. members have to consult gang leaders in El Salvador before they are allowed to execute one of their own.

2) “These are just like the kids next door. They live with their parents and ride bikes.” Right. And so do most serial killers – until they mature in their evil. As my daughter pointed out, the sweet-faced kids in the video are the new gang members. As they commit violence and murder, they get more tattoos until they become the real face of MS-13 – with their face, skull, and necks completely covered with tats designed to strike terror in the hearts of those they confront. To say this is a terrorist group would not be a stretch.

3) “There’s no evidence they are involved in drugs.” That’s comforting. They just torture and murder people. But in fact, they have become the prime distributors of drugs imported by Mexicans, mainly the Sinaloa Cartel.

4) “The government has classified them as a Transnational Criminal Organization. But they have no international ambitions.” The video gives no evidence for this claim. We’re supposed to believe it because a cute 20-something “reporter” says it. The problem for the creators of this Democrat propaganda video is a thing called facts. The U.N. has identified an MS13 presence in almost a dozen nations. And the gang imports drugs from other nations.

5) “The targets of their violence are immigrants like themselves and other gang members.” This is the biggest lie. First, are we supposed to feel better if they really were only killing other immigrants? That’s ridiculous. But again, those pesky facts keep getting in the way. There have been dozens of reports in just the last few months of MS13 torturing and murdering suburban family members who were not immigrants and who had no affiliation with any gang.

Why would the Democrats spend time and money defending the indefensible? Usually, when they try to protect a group, it’s because they want them to vote Democrat. They support illegal immigration because almost all illegals vote Democrat. They support giving welfare benefits to people who don’t need them, because, again, these are reliable Democrat voters. They support unions for government workers that make it almost impossible to fire slackers and even people who commit crimes on the job. Not surprisingly, almost all government workers are Democrats.

But the MS13 gang members are more likely to kill poll workers than cast votes for anyone. So, again, why this propaganda campaign to humanize this inhuman group of sadists?

It’s actually very simple. The president is against MS13. So the Democrats have to support them. If the president started tweeting against pedophiles, the Democrats would make them a protected class. Then we would have LGBTQP.

It works in reverse, as well. The Democrats voted overwhelmingly to build a border wall in 2006 and spoke out strongly in favor of it. But now that Trump wants to build it, they hate it. The Democrats used to be very patriotic. Now that, after eight years of America-bashing, we have a patriotic president, the Dems support burning the flag and showing disrespect to our National Anthem and the Pledge of Allegiance.

You might say, “This is nothing new. The two parties have always taken opposite positions on many issues.” That’s true. But the virulent hatred the Democrats exhibit toward Trump is new. Never before has a senior Democrat leader called for citizens to gather mobs and harass Administration officials at their homes and in restaurants. Never before have the top Democrat leaders in both Houses of Congress called on their members to resist and obstruct every proposal of the other party – even if they had supported the same proposal in the past. And never before has any political party given cover to a group as vile, abhorrent and repulsive as MS13.