Why Barr Must Confront the Deep State 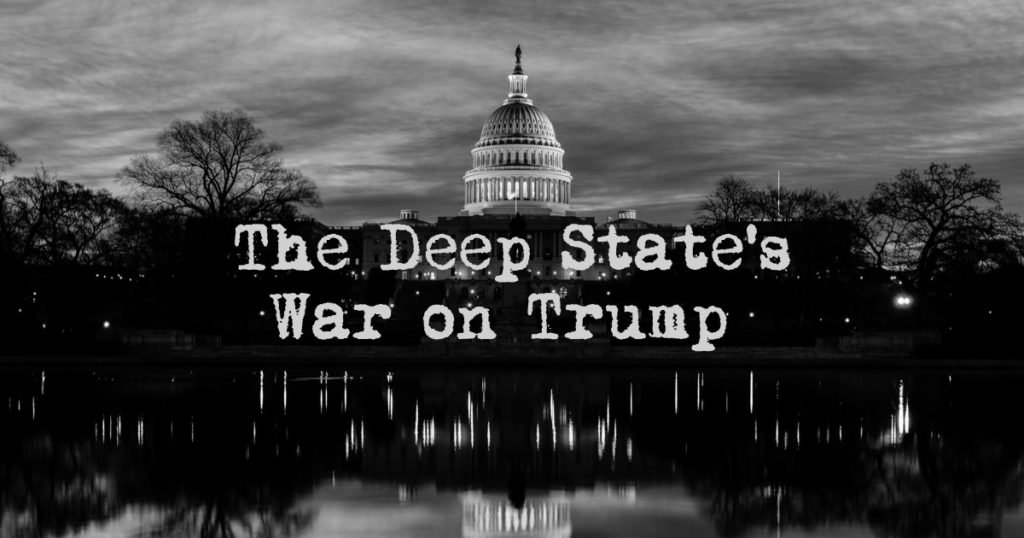 Why Barr Must Confront the Deep State

Due to her amazing job taking care of our home, 9 birds, 2 cats, one greyhound and me, my wife Mary has not followed the intricate details of the Mueller/deep state silent coup to end Trump’s presidency.

Mary asked, “Is Mueller a good guy or a bad guy? To prevent her eyes from glazing over, I kept it simple. Mueller is a bad guy. He could have concluded in two weeks that Trump did not collude with Russia to steal the presidential election from Hillary Clinton. And yet, Mueller dragged out his bogus investigation for over two years which dramatically harmed Trump’s approval numbers and even may have caused Republicans to lose the house.

Then, Mary asked, “Why won’t AG William Barr comply with Democrats’ demand that he release the Mueller report unredacted?” I explained, redacted means taking a marker and blacking out information unrelated to the investigation. During the course of an FBI investigation, personal information about your life will surface. It is unfair and illegal to go public with your personal information if it has nothing to do with the charges against you.

Therefore, Barr would be breaking the law if he released the Mueller report unredacted. https://fxn.ws/2vkolqh Embarrassing dirt was exposed during the Bill Clinton sex sandals investigation. Democrats wanted to make sure such details would not be made public again. They passed a law that future investigations must be redacted. Now, Democrats are demanding that Barr break their own law.

Fake news media and Democrats know the law prevents Barr from releasing the unredacted Mueller report. And yet, Democrats are absurdly viciously attacking and seeking to destroy Barr, flooding the airwaves with their lies that Barr is illegally protecting Trump. https://bit.ly/2ZtlhWL Democrats know they can lie to the American people about Barr because fake news media will cover for them.

The Mueller report found no evidence of Trump collusion with Russia. https://fxn.ws/2Irlqoz And yet, Democrats, the deep state and fake news media intend to continue promoting their lie that Trump colluded and obstructed justice all the way to the 2020 presidential election.

Exposing their repulsive arrogance and sense of superiority, John Brennan, James Clapper, Adam Schiff, James Comey, and Obama minions are moving full speed ahead with their treasonous quest to remove Trump from office. These evil people are using fake news media to sell their lie that Trump is guilty of obstruction for simply confronting their lie-filled attempts to over-through his presidency. They expected Trump to behave like a typical wimpy passive Republican and allow them to destroy him.

AJ William Barr must follow through with holding them accountable to save Trump’s presidency and the rule of law in America. The only thing that is going to stop the deep state’s Terminator cyborg focus on removing Trump from the White House is a powerful political punch in the face by Barr.

Bullies are cowards. As a black kid growing up in the mean projects of Baltimore, bullies took my lunch money. Cousin Jimmy confronted them with a threat of personal destruction if they dared to bother me again. They complied. Cousin Jimmy also taught me the power and wisdom of having a strong military. Washington DC is full of cowardly bullies, hellbent on undermining the will and best interest of the American people.

These bad players in the deep state have no fear of punishment for their treason. Barr must push them back on their heels, forcing them to go on defense.

When Barr probes deep into the deep state’s outrageous, unprecedented and illegal attempt to reverse the 2016 election, all the cockroaches will run, exposed by the light of truth and justice. That will be a glorious thing to see; a great day for America.