Why All the Hate for Trump? 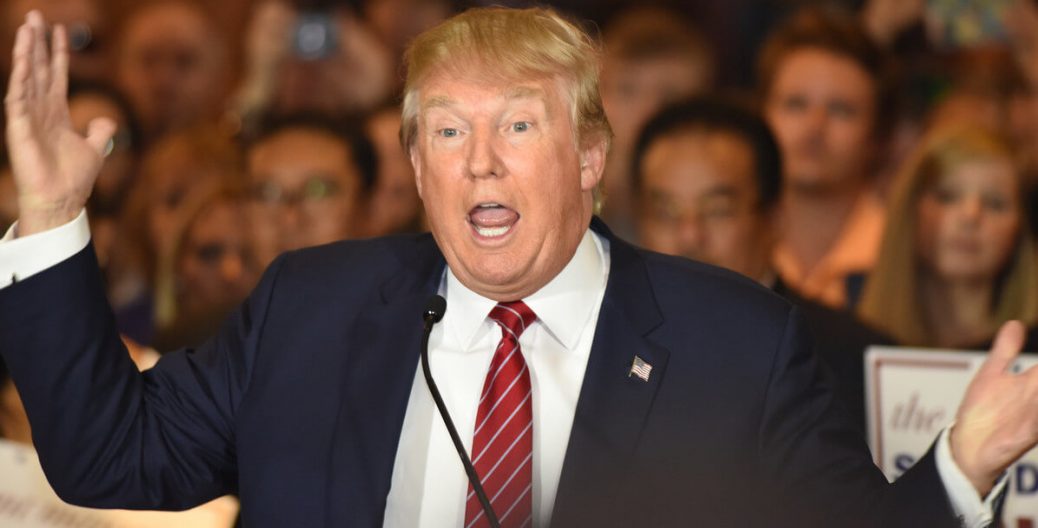 Now that Donald Trump has essentially locked up the GOP nomination with the announcement of Ted Cruz dropping out of the race, the vitriol stemming from liberal minded people on social media has increased tenfold.  While true conservatives have every right to be upset with the state of the Republican party, can liberals actually be upset with a Trump presidency?  Here’s a closer look:

Authoritarian: The Donald has made no issue with proudly claiming the title of authoritarian.  His platform has essentially stated that if he thinks something needs to be done, he will do it without any regard for constitutional authority.  For liberty centered citizens, there could be nothing more damning to the Trump candidacy than his zeal for power.  However, for liberals who claim to be off-put by his push for authoritarian power, can you honestly not see how this behavior mirrors our current president, and both Democrat candidates fighting to replace him?  President Obama has spent the last eight years systematically attacking the limits on his constitutional powers.  Both Hillary Clinton and Bernie Sanders express the need for the executive office to further extend its powers to provide services for the American people.  Why is Donald Trump’s acceptance of the authoritarian title any different than theirs?

Right to Life – The Democratic platform has long stood on what it believes is the woman’s “right to choose.”  For the overwhelming majority of Trump’s adult life, his money and his mouth have supported that same right.  The concern that many conservatives have regarding his shift in belief of the right to life for babies should be reason for liberals to support Trump.  Can a man who has spent 50+ years of his life believing that a fetus is not a child suddenly reverse course and claim that he will defend all humanity’s right to life?  It’s absolutely possible, but Donald Trump’s claims seem to be baseless and mere pandering for votes.

Gun Control – The dismantling of the 2nd Amendment to the Constitution has been at the forefront of the liberal agenda for at least the last 3 decades.  While Trump’s published platform claims to be in staunch defense of the right to keep and bear arms, his history proves otherwise.  Trump, by his own words, was an avid supporter of several of President Clinton’s attempts to ban lawful gun owners from obtaining weapons.  While Trump tries to argue that the demonization of weapons by referring to them as “assault weapons,” “military-style,” and “high capacity” is something that he would stand against, the matter-of-fact truth is that he has supported all of those efforts.

Gender Equality – When Target reaffirmed its policy regarding bathroom choice within its stores, conservative candidates had an opportunity to prove to their voting base that the values that we seek to protect most in our country still matter.  Instead, Trump took the opportunity to let everyone know that he would follow Target’s lead and openly give license to perverts to assault the privacy and safety of men, women, and children in all of his buildings.  Why again do liberals claim to hate everything he stands for?

Taxation – As an authoritarian, Trump has fully acknowledged that in order to support the programs that he feels are necessary, he has no qualms about raising taxes across the board.  For a fiscally conservative citizen, this is terrifying.  For a liberal, this is the status quo.

When you take the time to actually look at what Donald Trump believes, you might as well replace his name with Hillary or Sanders.  The fact that he has managed to convince enough of the GOP that he will fight for their rights is a condemnation of the Republican party.  The fact that most liberals vehemently attack Trump’s candidacy at every turn provides the stark realization that most liberals don’t understand what they actually are supporting in their candidates.  God help us all.