Who Will Stand For America Now? 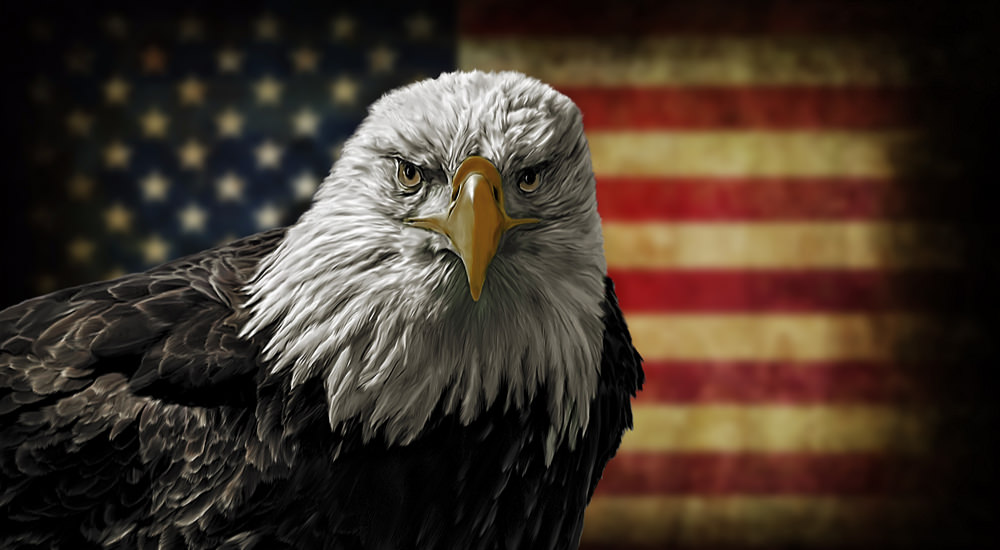 Who Will Stand For America – Part 2

There are many cases we see today where the real values of America that have sustained America for 242 years have been demonized.  In reality it has sustained us since 1620 as we were founded and grew on the same values.  Todays so-called places of higher education are no longer performing what they used to do.  In days past all points of view would be brought forth, discussed, weighed for their value and then decided which idea would be better for a civilized society.  This concept taught students how to think and evaluate good and bad ideas.  That is no longer the case in todays colleges.  Students today are taught what to think not how to think.

One of professor Lance “L.J.” Russum’s assignments asked students: why did Christianity and its male gods seek to silence women? Another insisted that Michelangelo’s sculptures and paintings communicated that same-sex relationships are not a sin.

The study shows that Islam is the only religion in the world in which people become more violent, the stronger they believe in their religion.

The fact that Islam is the world’s most violent religion is most likely the reason why Muslims since September 11, 2001, have committed more than 27,000 deadly terrorist attacks in the name of Islam. This corresponds to approximately 2,000 a year, or five a day.

Another fact is that the number of Muslims in the Western world is increasing dramatically and that they are becoming still more religious: 75 percent of Muslims inside Europe think that the texts of the world’s most violent religion must be taken literally.

This is probably why 80 percent of young Turks in Holland see “nothing wrong” with waging Jihad against non-Muslims. And that 27 percent of all young French and 14 percent of all young British under 25 sympathize with the genocidal terror organisation Islamic State. This includes most probably the vast majority of young Muslims in these two countries. 2  This is more proof that facts mean nothing in the promotion of the liberals agenda.

Another situation was back in 2010 when a Christian student took a stand for Christian values while taking a course for  masters degree in counseling.  She was asked to council a homosexual to accept that lifestyle but because of her religious beliefs she would not do it.   A graduate student in Georgia is suing her university after she was told she must undergo a remediation program due to her beliefs on homosexuality and transgendered persons.

The student, Jennifer Keeton, 24, has been pursuing a master’s degree in school counseling at Augusta State University since 2009, but school officials have informed her that she’ll be dismissed from the program unless she alters her “central religious beliefs on human nature and conduct,” according to a civil complaint filed last week.

“[Augusta State University] faculty have promised to expel Miss Keeton from the graduate Counselor Education Program not because of poor academic showing or demonstrated deficiencies in clinical performance, but simply because she has communicated both inside and outside the classroom that she holds to Christian ethical convictions on matters of human sexuality and gender identity,” the 43-page lawsuit reads.

Keeton, according to the lawsuit, was informed by school officials in late May that she would be asked to take part in a remediation plan due to faculty concerns regarding her beliefs pertaining to gay, lesbian, bisexual and transgender issues.

“The faculty identifies Miss Keeton’s views as indicative of her improper professional disposition to persons of such populations,” the lawsuit reads.

In a statement to FoxNews.com, Augusta State University officials declined to comment specifically on the litigation, but said the university does not discriminate on the basis of students’ moral, religious, political or personal views or beliefs. 3

America’s values are being shunned, ridiculed, laughed at and degraded.   People want to live the good life America can provide but they want to do it without sticking by the values that actually provides that good life.  Merle Haggard had a song in the 1970’s that stated: They love our milk and honey, but they preach about some other way of living, and that’s what we are seeing today.  We have the milk and honey because of the Christian values set in place by the Founders and we lived by them, actually, from the time the first settlers set foot on American soil until some people decided we have to be politically correct and accept all values.  The only problem with that is they have condemned the Christian values while embracing the values that contradict the values that made America great.

Because of political correctness many deny that we are a Christian nation and some have stated that we never were a Christian nation.  Only a fool who refuses to believe history would make a statement like that.  Barack Obama did.  John Jay, the first Chief Justice of the United States Supreme Court, stated: “Providence has given to our people the choice of their rulers, and it is the duty, as well as the privilege and interest, of our Christian nation to select and prefer Christians for their rulers.”  I believe that one of the Founders knows more about the nation they founded than any political hack today.

Anyone with a functioning brain knows that our Constitution is not compatible with islam’s shariah law yet we have members of Congress that aren’t that smart.  The low IQ Congresswoman Maxine Waters is one of them: Maxine Waters is under the impression that Shariah Law can be implemented while our U.S. Constitution is in effect. Anyone who disagrees is an Islamophobe and a hater according to her. Democrats like Maxine have been pushing that message for years and it’s taken hold.

In 2012 [correction], the Council of Pakistan Affairs and Islamic Society of Orange County welcomed Maxine Waters to a meeting along with other extremists in Congress like Congresswomen Chu and Sanchez, the California Comptroller et al where she made her comments. They would have been controversial ten years ago but in this PC age, the Constitution is controversial.

Congresswoman Waters accused Republicans of attacking the Islamic faith as a national security threat. 4  With idoits like her in Congress we can only wonder how long it will be before they give our country away.

We have failed to pay attention to who we put in places of authority and it is costing us dearly.  If we don’t replace them we will lose the greatest nation the world has ever seen.