Who the Nazis are in America 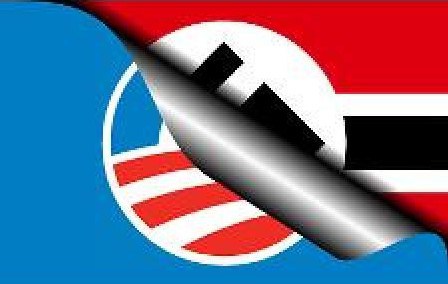 Republicans made Hitler comparisons of Obama for eight years as he instituted his socialist policies through a dictatorship from the Oval Office.  He orchestrated America’s decline and demonized Republican patriots of the TEA Party.  Now it is Democrats who are making the Hitler and KKK comparisons of Republicans as being racists against illegal invaders.  Theirs is the typical false premise of the Left.  Just because Republicans moved south to escape Democrat’s corrupt unions, ignorant liberals are fooled into believing good ol’ boy rednecks joined the party of Lincoln.  As if!

The comparison by Democrats of illegal invaders to German Jews of the Holocaust is equally astounding.  The Jews were not trying to get into Germany.  They already lived there.  They, like South Americans, are not a different race, but a different culture.  It was the Nazis who were trying to get them out, and they elected to do so through imprisonment and genocide.  That describes the Democrats who want to get rid of conservative Christian Republicans, not Republicans who want to keep illegal invaders from getting in.

Throughout American history it has always been leftists of the Democrat Party who advocate for the ideology of totalitarian socialist control.

There is no benefit to the citizens of the U.S. to have an influx of cheap labor that doesn’t pay taxes but does use taxpayer benefits.  They don’t “do jobs Americans won’t do.”  They illegally take jobs unskilled young people would take and then make careers of them to be the Democrat’s permanent underclass.  They, like blacks on welfare, constitute the Democrats new slaves on the Democrat Plantation.  The purpose of importing this cheap labor and so-called refugees is to dilute and corrupt American culture to illegally give Democrats voter power they can’t get from educated citizens.

By comparison with Republicans:

Lying leftists say Trump spoke of violence and incivility, while they claim Obama was “dignified” and “civil.”  This was the man who told his fans to “get in their faces” and “if they bring a knife to a fight, we bring a gun.”  Yet they slander Trump as undignified and uncivil.  Trump told his followers to hit back against leftists who attacked them.  Leftists always claim to be the victims after they start a fight when the righteous hit back.  Republicans laud Trump because he, like all patriots says, take your liberal lies and shove them where the sun don’t shine!

Who are the Nazis in America?  Those who wave the American flag, stand for liberty, and fight socialist oppression, or those who burn that flag, tear up the Constitution, and embrace the same socialism that is the ideology of Nazis, Communists, Fascists, Imperialists, and Islamists?  What kind of American wants to have rulers like Venezuela who stole and squandered that nations wealth leaving its people destitute?  The answer is the kind of Americans who want to tear down America and transform it into their leftist socialist toilet.