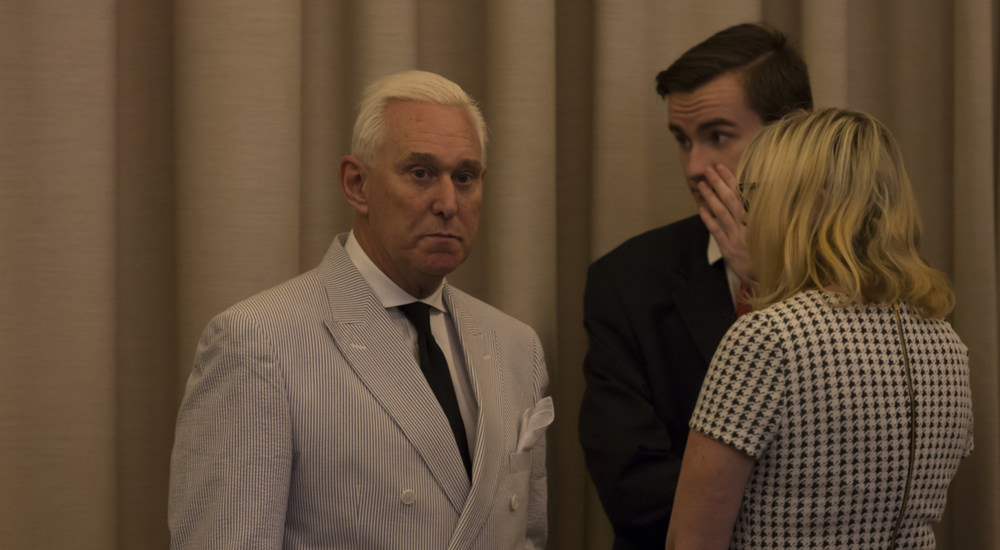 The unnecessary and over the top predawn raid of Stone (w/ CNN primed & waiting) was the flamboyant gesture of a prestidigitator, so you will watch the right hand instead of the left. Look “here!”, don’t look “here!” This is a typical deep state move when something breaks they don’t want you to pay attention to. In this case, it is the emerging testimony that Jim Baker gave Congress. Some really juicy stuff there you’re not supposed to hear about, thus the major media distraction w/ Stone.

A major role of the Mueller investigation is not to find the truth of the Russia collusion conspiracy theory, but to cover the asses of the deep state players and their plotting against a Presidential candidate (and later duly elected President) using the resources of the federal government. I’m thinking that Mueller may want the committee’s findings not so much to make any kind of determination in his case, but rather to hide damning facts behind the shield of an “ongoing investigation.”

Stone is a long time operator. He has been a player since the Nixon administration. Chances are, he’s got dirt on a LOT of people. So, yes, the discovery could prove quite interesting!

Isn’t it just amazingly coincidental that the CNN reporter that had Stone’s house staked out used to be James Comey’s asst.?

non sequitur: There’s a trick for catching leakers. If different people each get a different version of the same story, then you know who the culprit is by the version that gets out.