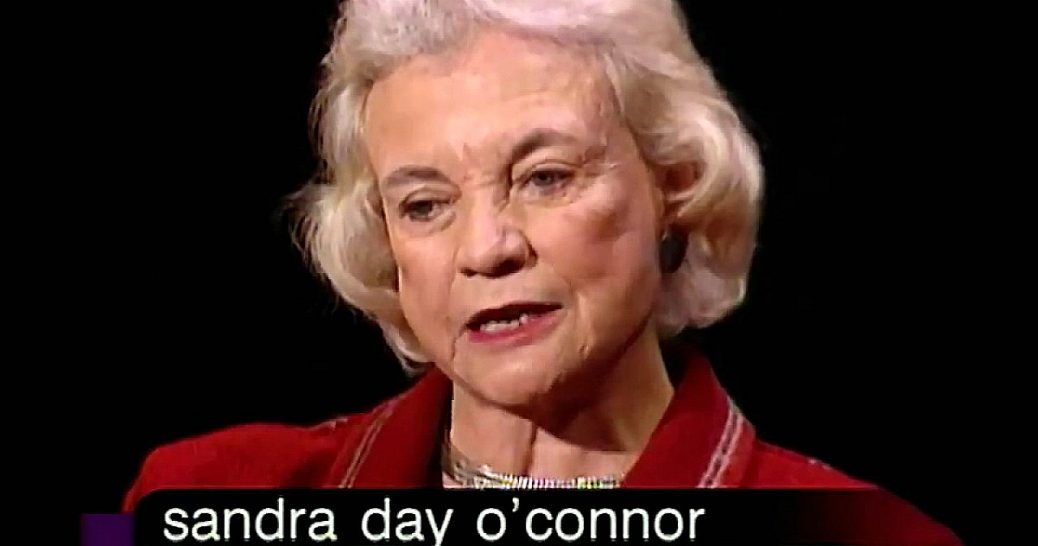 The following is a guest post by my friend Riley J. Hood of the Milwaukee County Constitution Party.

“The wicked walk on every side, when the vilest of men are exalted.” Psalm 12:8

O’Connor was the first woman appointed to the US Supreme Court.  She is quoted as saying “The power I exert on the court depends on the power of my arguments, not on my gender.”  She also asserted judicial supremacy stating “Apparently a great many people have forgotten that the framers of our Constitution went to such great effort to create an independent judicial branch that would not be subject to retaliation by either the executive branch or the legislative branch because of some decision made by those judges.”

In 1982, she wrote the SCOTUS opinion in Mississippi University for Women v. Hogan. The court ruled 5-4 that a nursing school had to admit men after having been a women’s-only institution. In 1992 she upheld “legalized abortion” by co-authoring the majority opinion in Planned Parenthood v. Casey affirming Roe v. Wade.  In 2003 she voted to strike down State Anti-Sodomy Laws by writing a concurring opinion in Lawrence v. Texas.  So, who appointed this tyrant?

O’Connor was involved in Arizona politics.  In 1974 she was elected to the Maricopa County Superior Court.  In 1979 she served on Arizona’s Court of Appeals.  In 1981 Ronald Reagan nominated her to the US Supreme Court, and she was unanimously confirmed by the US Senate.

In every election the Republican Party promises to appoint decent judges, and yet the GOP has a long record of bait and switch.  They nominate monstrosities who are as evil as those people put forward by the Democrats.

The Milwaukee County Constitution Party’s position is crystal clear, “We call attention to the following provisions of the Constitution: Article 3, Section 1: The Judges, both of the supreme and inferior Courts, shall hold their Offices during good Behaviour, the tenure of Federal Judges is not for life, but merely during good behavior.”

“Article 2, Section 4: all civil Officers of the United States, shall be removed from Office on Impeachment for, and Conviction of, Treason, Bribery, or other high Crimes and Misdemeanors. ‘All civil officers,’ that includes judges.”

Article 3, Section 2, Clause 2 says: “the supreme Court shall have appellate Jurisdiction … with such Exceptions and under such Regulations as the Congress shall make. Note that the Constitution gives Congress the power to make exceptions to the jurisdiction of the Supreme Court.” We support legislation which would remove from Federal appellate review jurisdiction matters involving the acknowledgement of God as the sovereign source of law, liberty, or government.  O’Connor’s above statement about the founding fathers isn’t based on ignorance, it is a bold-faced lie. Checks and balances should apply to SCOTUS.