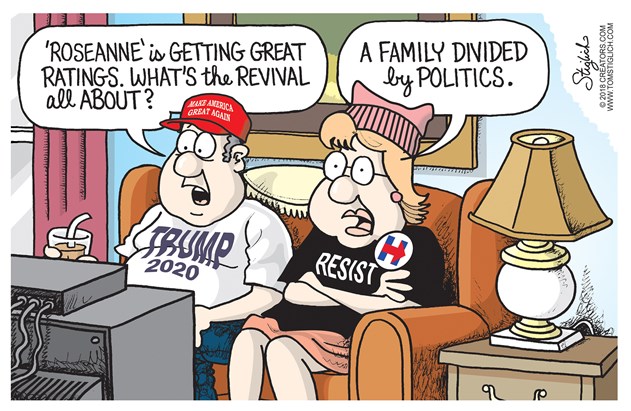 Liberalism represents the gravest threat to American freedom and they are achieving it by guilt tripping the gullible.

They call righteous people racists and demand they prove they are not by giving in to leftist demands.

Their primary target is white Christian male conservatives who are the backbone of American culture, Christians who uphold a high moral code, capitalists who have built prosperity, and patriots who have sacrificed for others.  These are the people who made America the great nation it is today.

But leftists, who are socialist atheists, liars and thieves, claim that Christians made their wealth by stealing from the poor.  This lie is easily exposed in the goals of the ideologies because it is leftists who make their wealth by theft, while the righteous make their wealth through trade.  Of the two ideologies; capitalism vs. socialism, capitalism has built the greatest middle class in history, while socialism only works until it runs out of other people’s money and has enslaved the most people in history.

Socialism must indoctrinate the ignorant into believing they are beneficial by lying about their ideology through corrupt teachers, media, and politicians.

This confuses the unwary who don’t understand two-faced leftists to be.

They slander America as the worst of countries that steals from the poor, but promotes poor people sneaking into the country to live off of taxpayers and remain as poor welfare voter slaves.

Liberals from the northeast are moving south to flee from the oppressive taxation that liberalism inflicts on them in their states.  But instead of taking part in the Christian conservatism that makes other states more prosperous they corrupt them with their liberalism once again.

Leftists always blame others for the problems they create for themselves and take credit for the achievements of others.

Their dysfunctional logic is always predicated on false premises to promote their scams to take power and become the dictatorial control freaks so they can steal the wealth created by capitalism for themselves.

Do you abide by the demands of arrogant, snot-nosed kids?

Democrats are promoting foolish, snot-nosed brats like David Hogg demanding that adults yield to his demands that citizens be disarmed.  No Democrat is demanding that criminals be disarmed.  They want guns taken from law-abiding citizens and police to make the country safer for criminals.  Their reasoning is that if no one threatens a criminal with a gun then the criminal won’t harm anyone.

The greatest error that Republicans have made in the last hundred years has been to believe that outrageously stupid Democrat propaganda foolishness will not be believed or accepted by the general public.  They have neglected fighting back against the most extreme, radical propaganda that smears them as soulless haters willing to kill off poor people and children so they can make an extra dollar of profit.  This was because they thought no one would possibly believe such insane drivel.  But people proved them wrong with half the population swallowing the most outlandish lies as if they were gospel truth.

“Two things are infinite: the universe and human stupidity; and I’m not sure about the former!” – Albert Einstein

Liberals are dumb enough to think that socialism is a good ideology that will create wealth rather than steal it, that they can take guns off the street by abolishing the 2nd Amendment and outlawing them as they did with drugs, and that the world will end from global warming caused by mankind’s pollution.

Why would they believe Democrats when they tell them that invaders who hate America and just want to steal wealth away are beneficial to the economy?

It’s sheer stupidity, but it’s real for half of Democrats who don’t hate America yet believe anything that their leaders tell them.  The other half actually do hate America and want to see it destroyed.

Liberals exhibit proof that they are brain dead fools

Public education indoctrinating children into perversion needs to be disinfected

Islamists coming into the West are not immigration, but an insurgency