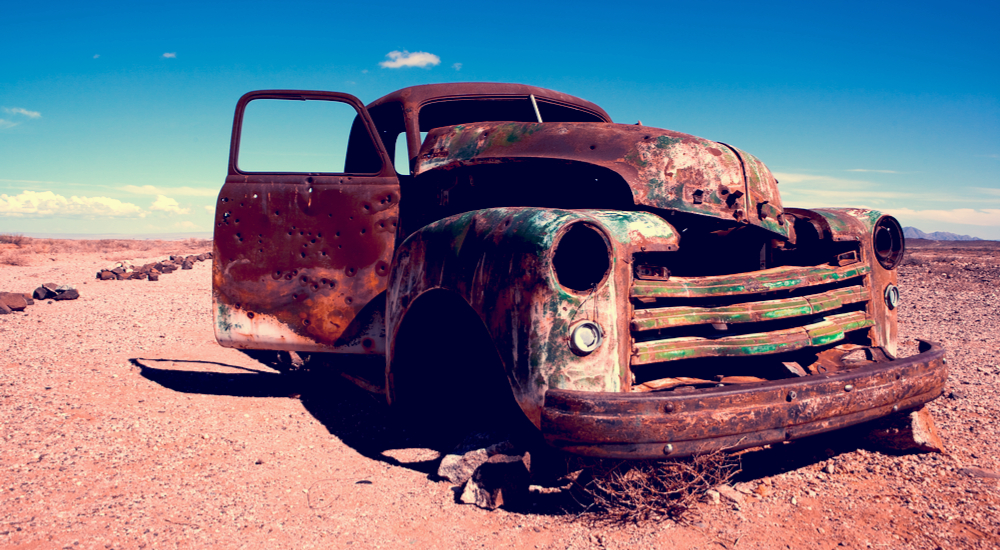 How do you judge whether a vehicle is good or bad? I think most people would agree that the more trouble-free a car is the more of a pleasure it is to own. Isn’t the entire point of buying a brand new car is to drive a trouble-free car?

American cars have been pieces of crap for a very long time. If you want to drive something that is a political statement or a patriotic statement an American car might just be what you’re looking for but if you’re looking for something reliable you might want to look someplace else. The problem with American cars is the cheap materials that are used to construct them. My wife used to have a Buick Century. Every 6 months one of the electric window motors would break because the arm connection was made out of plastic and even the plastic they used was cheap. At $400 a pop, it turned into a nightmare. The interior was also made of such cheap plastic that it just disintegrated in the hot Florida sun. Even the new super-car Corvette has cheap plastic interior parts and that thing will cost you a new house.

There are literally no cars that come out of Europe that anyone could say were trouble-free and many of those cars cost an arm and a leg to repair even the most minor of issues. The big problem most Europeans have is electronics. British cars are notorious for having electrical problems and most of the other manufacturers build such high electronic tech cars that they need constant attention. The more plumbing the more that things can go wrong. The last decent cars Germany made were the air-cooled upright engine powered line (VW & Porsche) and the 80’s/90’s model 300 SD Mercedes.

Compare all of these cars to Asian manufacturers and there is no comparison at all. Many Asians built (excluding China) cars and trucks that will easily go 200,000 miles without any repair whatsoever and some a lot longer than that. Even their high end, electronically loaded cars are very dependable.

Maybe it is time for White people dominated car companies to just stop building cars? After decades of failure, what makes anyone think that anything is going to change in Detroit or Western Europe. Look there are just some peoples who are better at some things than other peoples. You don’t see a lot of Jewish professional football players for a reason. Clearly, White people suck at building cars.