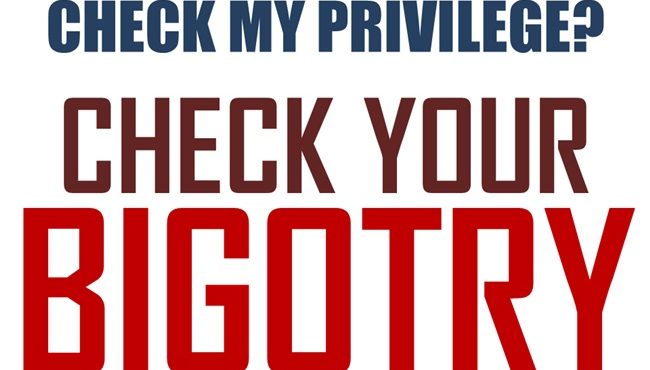 Power is force.  You can use force either to maintain order or to impose your will on others.  The first is righteous to keep thieves and violent criminals in check.  The second is how the Left imposes its commandments on the masses and, when they are not holding the seat of power, how they disrupt those who do to overthrow rightful leaders.

Now that Democrats do not have the authority of their dictatorship they are rioting in attempts to tear down what Americans have built.  They want to destroy America because they despise American Exceptionalism.  They are trying to erase American history because they want to cover up who they really are; the slavers, the dictators, the thieves, and the anarchists.  This is speaking truth to the power of the press that is presenting false narratives based on false premises established on falsehoods created by the false media.  Fake news is the perfect moniker for these propagandists who seek to shape public opinion rather than report it, who work to corrupt rather than enlighten, who seek to indoctrinate rather than educate.  Only the weak-minded are easily duped to be led around by the nose believing the most insane things such as; man-made global warming will kill the planet, and that the fanatic death cult of Islam is a religion of peace.

The Left purports to sympathize with multitudes of individual grievance groups and attempt to shut down debate by disqualifying anyone who is not a member of those groups.  This kind of stupidity begins with their declaration that no member of government is qualified to start a war unless they served in combat in the military.  Were that the case then Clinton and Obama could never have been president nor most other Democrats in history.  According to leftist liars it is not possible to understand the social suffering of any of their so-called victimized minority groups unless you are a member of that group.  Their Congress must be made up of each group’s representatives in order to address their grievances.  And free speech cannot be allowed by anyone who speaks against these group’s selfish, hateful demands.

There are two kinds of Democrats; those who manipulate the people through lies and those who are duped by them.  It is Democrats who violently fight to stop free speech.  It is Democrats who violently oppose the law and chant death to cops.  It is Democrats who are trying to violently usurp the rightful election by the people of President Trump.  It is Democrats who corrupt, mislead, and manipulate the people via their propaganda media.  America has been corrupted by the cancer of the Left and it is the Trump presidency that is the only hope for a cure.  When you talk about liberals, Democrats, and socialists, you do not have to qualify your statements.  When you talk about Islamists, and Nazis, and communists, you don’t have to point out that there are good people among them.  There are bad things that happen to good people, but there are also good people who do bad things.  Those so-called good people have chosen the wrong side.  They have chosen to do what is wrong rather than what is right.  By their opposition to virtue they do not qualify as “good people.”  Being fooled by the left does not make you right any more than adhering to leftist ideology as neo-Nazis do make them conservative Christians or even Republicans.  Captain America, the leader of the Avengers, in his righteous wisdom answered the question;

“How do we know which ones are the bad guys?”  The answer was simple truth, “If they’re shooting at you they’re bad.”

Those who join the Left that are duped into the believing they are protesting racism when they are actually fighting in favor of racism against the righteous may be people with good intentions, but they’re working with bad people because they lack the moral compass to know the difference.  Being an anti-white bigot is the same as being an anti-black bigot.  But it is their violence and calls for violence, not in a pretense of self-defense, but in aggression that is their hallmark.

An Antifa fascist lays into the sheep demanding they riot

If you haven’t seen videos on YouTube of leftists riots in Charlottesville and all over the nation declaring themselves to not be the fascists, just listen to them:

This lie does not fly!  Their battle-cry exposes their hatred for righteous authority.  The Left is where the heart and soul of fascism resides and they are attempting to cut out the Christian heart and soul of America by declaring it to be fascist.  The best example of this ideology is found in Tolkien’s epic, “The Lord of the Rings,” when the Orcs, the epitome of evil, declared the time of men who stood against their evil was over and the time of the Orc was at hand.  That is the essence of what is happening today.  To Lucifer, Christ is evil because he restrains him from ruling supreme.  The fallacy of slavery promoted by the Left is that America perpetuated it instead of ended it.  Their dysfunctional understanding of slavery is lost in their selfish hateful hypocrisy.  They see rich white men as slavers, but are ignorant of the rich black men who are slavers.  They are equally lack witted when it comes to thieves who make slaves of their victims by taking their freedom, but justify blacks making up 20x more of America’s thieves than whites.  Instead they promote stealing as righteous in retribution of grievances they manufacture in their corrupt psyche.  These are the people who demonize white people who are licensed to carry concealed weapons to protect themselves from violent criminals.  Citizens have been forced to arm themselves because the police, under Democrat dictators, are not doing their jobs!  To the Left, good people carrying guns are the danger because they endanger those violent criminals who carry guns illegally to commit crimes!  The Left says if police do their job to stop rioters then they are fascist oppressors enforcing racism.  This isn’t irony, it’s stupidity incarnate!  Police need to go in and bust heads, make arrests, and these fascist anarchists need to go to prison or the cemetery.  They will not stop with just pulling down statues.  They will only escalate until they feel empowered to start slaughtering Americans as they have been assassinating cops.  This is not a war between good people and white racists.  This is a war between criminals and good citizens.  Wyatt Earp showed the country how to deal with criminals who were out of control.

Rush Limbaugh expressed righteous outrage at leftists who want to erase the bad parts of American history – i.e., their history;

“But you want to get rid of all of these monuments that have been erected to people and events in our nation’s past, tied to the Civil War, which you find horribly, horribly offensive and you want to get rid of all vestiges. Well, at what point are you gonna realize that you also have to disband the Democrat Party? If you’re gonna really succeed and follow through to the end on this mission, you’ve got to get rid of the Democrat Party, and you have got to wipe a bunch of people out of it. You gotta get rid of J. William Fulbright.  You gotta get rid of all those Southern governors. You gotta get rid of all those Southern police chiefs. You got to tear down every highway in West Virginia named after Robert Byrd and rename it, because he was a Grand Kleagle in the Ku Klux Klan. So just how far are you leftists prepared to go here in carrying out your cleansing mission to eliminate all reminders of our horrid, racist past? And then after you do this, could you please tell me how the lives of all of you people are going to magically be improved?”

President Trump couldn’t expound on the morality of the so-called “alt-right” and their “alt-left” counterparts, but the answer is YES, the “ALT-LEFT” is the SAME as neo-Nazis!  The only difference between the leftist Anifa and the leftist neo-Nazis is kind of racist bigotry they represent.  Both are America hating, cop hating, Christian hating groups.  Antifa are NOT anti-fascists – they ARE the fascists!  Both are socialist Nazi thugs!

I will explain what Trump could not because he has not studied these people and he cannot elucidate his understanding of them in a few quick minutes at a news conference without being misunderstood and misrepresented by the fake media.  The neo-Nazis along with the KKK, and the Antifas along with BLM, are all on the same moral plane.  One group is anti-black and the other is anti-white!  ALL OF THEM ARE AMERICA’S BIGOTS!  The Left self-righteously puts themselves above reproach with their excuses, their moral relativism, their dysfunctional justification, and their fraudulent claim to victimhood.  Beware of whiners playing the victim because they will use your sympathy to bully you!  I will not tolerate these frauds and their zombies.  If you refuse to recognize these truths, that the Right is telling the truth and that the Left is full of deceivers and dupes, then you can just kiss my white ass!