White House Admits that Biden Admin. is Handing Out Free Cell Phones to Illegals at the Border 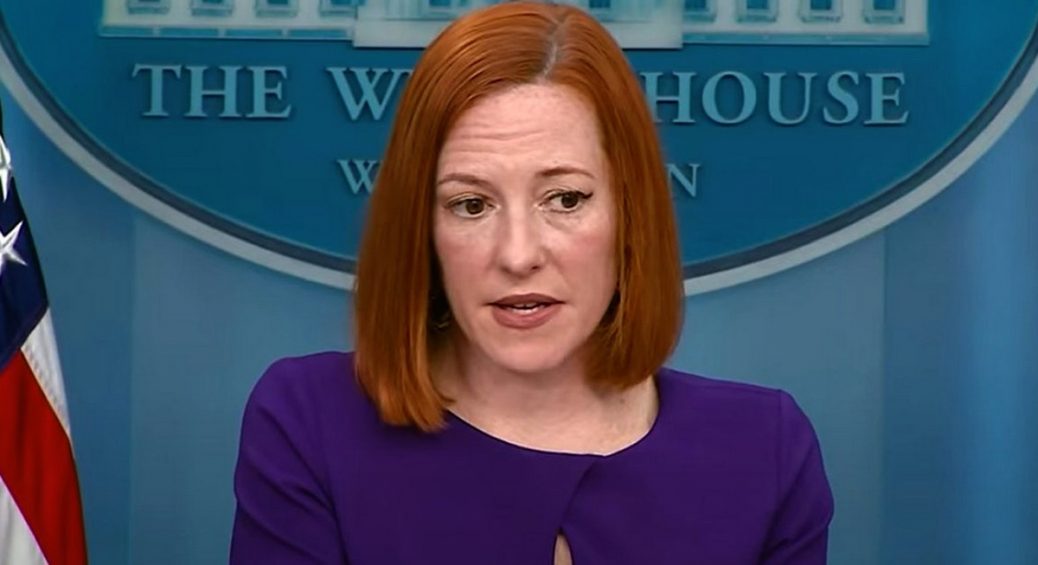 Joe Biden’s White House press chief has admitted that the Biden administration is giving away free cell phones to illegals at the border, paid for by our tax dollars.

Biden press secretary Jen Psaki confirmed on Wednesday that Biden is giving technology such as smartphones to illegal immigrants to “check in” and “track” them as an “alternative” to detention, a White House transcript reveals.

Psaki’s admission came after Fox News reporter Peter Doocy asked her if his sources were correct that Biden was handing out free cell phones.

Doocy noted that sources at the border were saying that Biden was “starting to give smartphones to border crossers, hoping that they’ll use the phones to check in or to be tracked.”

But Doocy noted that he was not exactly clear on how that was supposed to help America.

“Which part of that is supposed to deter people from crossing illegally into the states?” he asked.

Psaki expressed surprise that Doocy didn’t understand that the government would “need to take steps to ensure that we know where individuals are.”

“The alternatives to detention programs — is what we utilize — has three unique forms of technology to monitor participants enrolled in the program,” Psaki said.

“Telephonic, which is one of them, which is uses [sic] a participant’s voice to create a biometric voice print during the enrollment process. And when the participant has a check-in call, their voice is compared to the voice print,” Psaki explained.

“SmartLink, which is another option, enables participant monitoring via smartphone or tablet using facial-matching technology to establish identity,” she continued.

“This is all part of our effort, as individuals come into the United States and individuals who are entering who will proceed to immigration proceedings, to monitor and track where they are,” the press secretary exclaimed.

Doocy asked if it was a “concern” that the illegal immigrants “will take the phones and just toss them.”

Psaki was much interested in answering the question and asked if he has proof that illegals were throwing the phones away. But he asked the question again.

“Our concern is ensuring that individuals who irregularly migrate to the United States proceed through our process of, you know, of course, being monitored, but also participating in — in hearings to determine whether or not they will be able to stay,” she said.

Psaki then insisted that the “vast, vast majority of people are appearing” for court hearings after being allowed into the United States, which she attributed to “these monitors and monitoring systems.”