All White College Students Are Racist 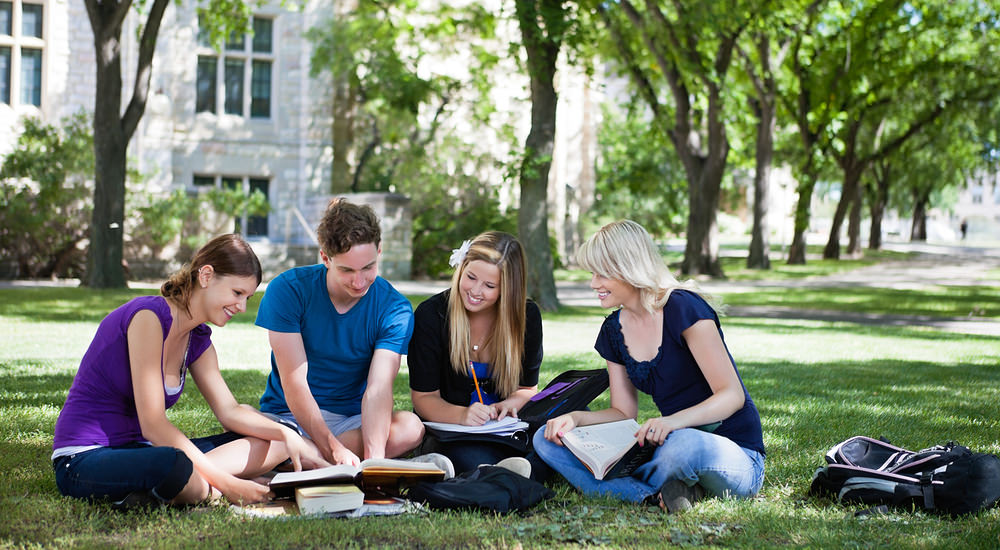 I listen to Jay Severin at the Blaze Radio Network from time to time, although not as often as I used to. Back in the old (or at least older) days, Jay had his own show broadcast here in New England.

One of the catch phrases he used, when a college kid called into his program was, “best time of your life kid.” He still uses the phrase and for him, being an “older gentleman,” I’m sure that was true.

However, I don’t think he can necessarily say that and it be categorically so any longer, especially if you are white.

Many colleges today are discriminating against white students  and doing it outwardly and without shame – none more than Pomona College in Claremont, California.

Posters have been seen plastered all over the dorms entitled, “How to Be a (better) White Ally.” Reading the poster, I think it could have been crafted by the New Black Panther Party or Black Lives Matter. It is that offensive.

The poster should actually just read: “Whitey Go Home,” or “We Don’t Want Your Kind at This School.” And that’s not far from the truth, as “Pomona College had several events last year that white students were not allowed to attend.”

The poster states that, “You do not and cannot understand our oppression.” Is that so? I think I understand just fine. I understand that if you think you are “oppressed,” you have no idea what real oppression is. If you care to find out, take a trip outside this country – outside your protective American bubble. Maybe to Venezuela, Cuba or the Middle East.

Look at yourselves. You’re in America, attending a college or university of your choice. How oppressive!

Instead of trying to build bridges, students buy into the racist crap displayed on these posters. Nonsense like all whites must first “Acknowledge your privilege.” It states that whites should “just listen,” as practically anything a white student says could be

mistaken for racism. And why not? It claims that every white person is a racist, that we (all whites) have “unconsciously learned racism,” and that we should “remember, just because POC [person of color] #1 isn’t offended by something, does not mean that POC #2 will not be offended by it either.”

The poster does attempt to help the crackers – well, almost. It has an abbreviated list of “racially coded” words that are to be avoided at all costs. Words like “sassy, riot, exotic and ghetto.” I hope no one witnesses a sassy riot breaking out in an exotic ghetto. They’d be toast.

But being that students of color are already at DEFCON 1, white students should probably not say anything to anyone at any time. However, this is most likely a Catch-22, as a white student will then be seen as aloof and too “privileged” to speak to POC’s.

The poster does explain that, “This doesn’t mean that you should allow one person to speak for their entire race; you should listen to a diverse selection of marginalized voices.”

That’s a rather contradictory statement, being that whatever group crafted these posters is in fact speaking for an entire race – the white race.

On Pomona’s own website is a statement that suggests, “discrimination on the basis of race destroy[s] the foundation for such respect and violate[s] the sense of community vital to the colleges education enterprise.” Maybe they should add a disclaimer regarding whites.