Where is the Money Coming From? 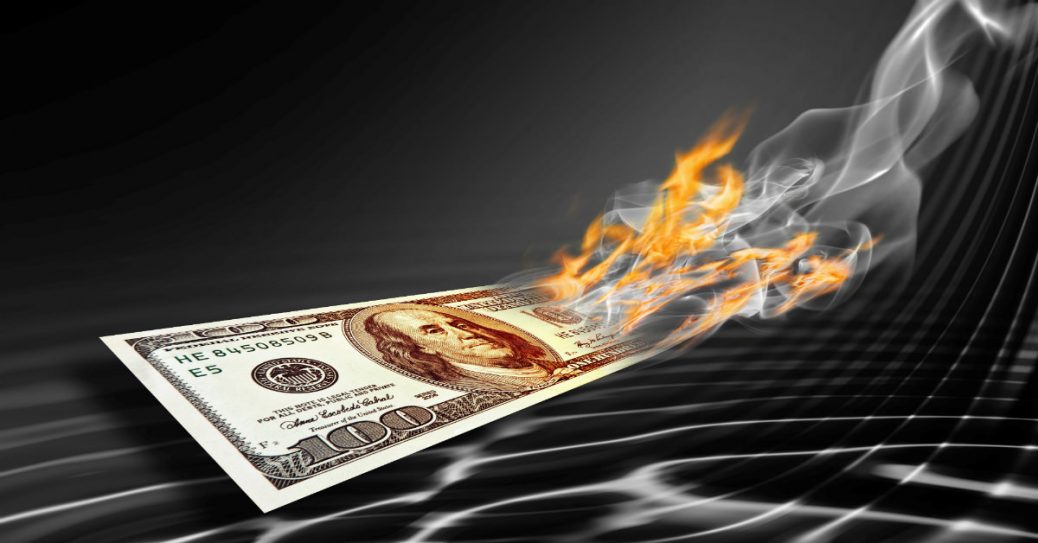 Where Is the Money Coming From?

There seems to be no end to the money flowing into the Democrats’ campaigns during the latter part of the mid-term elections that end next week on November 6, 2018! I knew that this election cycle was going to attract record amounts of money for a midterm election, but I had no idea how much money was being spent. I normally do not watch the local affiliates for ABC, CBS, and NBC. However, after a friend told me how much political advertising she was seeing on these stations I watched them periodically over the last two days. As I scrolled back and forth on these stations I was shocked to see how much political advertising was running on these stations and how outright disgusting most of the advertising is. Labeling them as “attack ads” seems to be an understatement and the volume of these ads is shocking. It is also obvious to me that the pro-Democrat and anti-Republican ads greatly outnumber the pro-Republican and anti-Democrat ads. The Left clearly understands the “reach times frequency” advertising guidelines. These guidelines are: what demographics do you want to see or hear your advertising and how many times you want them to see or hear it? However, in this election cycle, the Left clearly has the money available to buy advertising aimed at EVERY demographic and buy as many ads as they can!

The Left also has the complete and eager support of the MSM as they unite in their open hatred of everything Conservative, especially President Trump. When you combine the MSM’s total support with an unlimited advertising budget and you have what any marketing or sales executive would classify as a “perfect storm” situation to sell whatever they are selling. Now I know why all the political pundits are saying that the Democrats are going to take back control of the U.S. House of Representatives and take back many state governments on November 6, 2018. It is because the political pundits are seeing and hearing an overwhelming volume of pro-Left and anti-Conservative media like they have never seen or heard before.

If the Democrats do take back control of the House they also get control of EVERY congressional committee. That means that on January 1, 2019, every congressional committee will begin to focus all their efforts on impeaching President Trump. It is also important to note that in every state where the Democrats have control of the state government in 2020 they get to have a significant influence in the 2020 census. This will have an impact on future voting district alignments. The Left is totally united and obsessed with their dream of destroying our Constitution and making America part of a Socialist “One World Order”. They see President Trump as the only thing preventing them from accomplishing this goal, so their immediate objective is to remove him from office and destroy his administration, by any means necessary. Taking back control of the U.S. House of Representatives now appears to be their last shot at accomplishing their Socialist “One World Order” dream for many years to come. That is why billionaires like Tom Steyer, Bloomberg, and George Soros are personally making unlimited funds available to Democrats running in this election.

In addition to having an unlimited budget available to them to advertise and promote their campaigns, and the full support of the MSM, Democrats running in this election also have the total support of every “Deep State” (anti-American, pro-Obama and pro-Hillary) person still working in our Federal government. During Obama’s eight years in office, he dramatically increased the size of the Federal government EVERY YEAR! These “Deep State” people have the added incentive of saving their government jobs and a belief that they will never be fired or prosecuted for anything they do to protect their jobs. President Trump’s constant efforts to reduce Federal government implemented regulations and reduce the size of the Federal government has these people especially motivated to help destroy his administration.

When you add up everything the Left has manipulated in its favor in this election cycle it is a “perfect storm” like no one in American politics has ever seen before. This is why the Left seems to be so excited about its prospects of destroying our Constitution and turning America into the Socialist utopia they could only dream about in the past. However, the Left is totally missing one key element of this election cycle. That is the “flyover” state voters that are turning out in unbelievable numbers at every Trump rally!  I firmly believe that these Americans are doing what they always do when America is threatened. THEY STAND UP, SALUTE THE FLAG AND DO WHATEVER THEY NEED TO DO TO PROTECT AMERICA! At this time in America’s history, the best defense is to vote and vote Republican! I firmly believe that America will still be America on November 7, 2018.