When Will Republicans Unite and Fight? 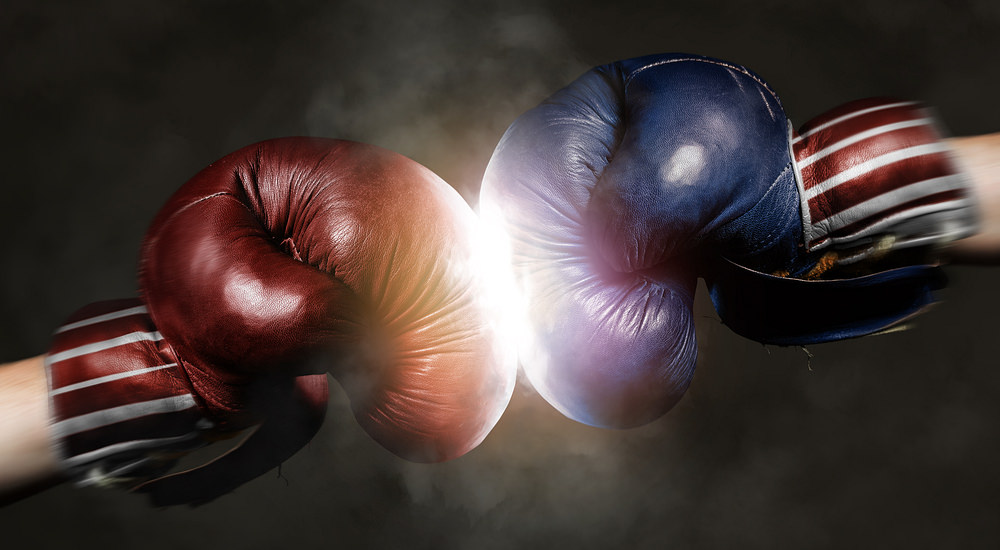 These days Democrats stand firmly for: killing as many American babies as possible – importing as many foreign immigrants as possible, for violence on the southern border, for importing illegal drugs, for importing sex-slaves, for importing criminals and gangs, for widespread increasing pornography, for letting criminals out of jail, for federal legalization of marijuana, for mob-violence, for killing and destruction of property when they don’t get their way, voting rights for jailbirds, voting rights for non-citizens and illegal aliens, widespread social-victimhood, the right to proclaim a fictional-sexuality and ‘force’ everyone to pretend its normal (LGTBQ, etc.). And for lowering the bar of ethical standards and values. It’s always the perversion of higher ideals.

Democrats are also for ‘forcing’ you to believe ‘climate-change’ is an abnormal catastrophic phenomenon — although they have no idea what constitutes normal climate-change. Even the Climate-Science community doesn’t have a scientific consensus on climate change, and even if they did, they couldn’t do anything to affect a change in the climate; they simply do not have the knowledge or power. Their mythological climate-scare program simply means regular citizens have to sacrifice certain freedoms, liberties, and luxuries as well as paying-out increasingly higher taxes. None of their phony remedy’s will likely have a trace of effect on the earth’s climate. In short, climate fanatics have yet to prove their case to their confrères or to the public.

The Democratic Party’s overall culturally schizophrenic self-serving policies and its party-platform of screwball fictitious or overly exaggerated half-truths by a parade of lunatic political-hacks are like a laundry list of newly devised mythical crises, always requiring increasing tax dollars and endless federal government interventions by overpaid bureaucratic administrators. Democratic politicians apparently wake-up every day thinking about new laws to create to impose on our daily lives. Besides Congress, there are about 60 federal agencies and 430 sub-agencies and departments with a multitude of government bureaucrats writing new laws continually, without Congressional oversight (this used to be un-Constitutional). That doesn’t include state and local government agencies doing much the same. With Democrats, all of life is coercion, by force of law. Freedom, liberty, and voluntarism are enemies of leftists.

But, what about the hapless, don’t rock the boat, go-along-to-get-along Republican Party. What has become of the GOP, the once proclaimed Grand Old Party that led the nation in defeating slavery and fought the corrupt immoral Democratic Party. Why has the Republican Party become the home of milk-toast “establishment-rhinos” who think that being polite, well-mannered, genteel and ladylike are the model for winning a blood-match street-brawl with the vicious Democratic Party?

Why is there only a portion of the Republican Party willing to fight for the party’s original Judeo-Christian principles that were rooted in the original intent of America’s founding documents and Constitution? Why are Republicans unwilling to protect the free-market liberties that were foundational to extending the Christian principles of ethical government under God.

*It would be impossible to govern rightly without God and the Bible. (George Washington)

Dr. Gary North has made the following observation about Christianity and capitalism:

The contemporary Republican Party has a difficult time being united in their own cause, as some apparently seek affirmation and accolades from their political enemies. By compromising their own position, they seem to believe this will buy them protection from public attacks and ridicule. But compromise almost always dilutes the good and intensifies the bad, until the bad dominates. This is why it is reckless and suicidal for Republicans to avoid a fight-to-the-finish by perennially capitulating to lesser principles and standards. The GOP can only capitalize on its underlying strength as a united body. Republicans with disagreements can point them out while remaining unified with the party’s goals and objectives. Maverick show-boats should put-aside the individual differences that divide and weaken the party’s overall influence in accomplishing its goals for the good of the people of the United States of America. Petty grandstanding only looks like what it is; it also gives the other side the upper-hand and the victory. Does anybody look at party defectors after a defeat and say, “wow, what principle, what integrity?”