When the clocks strike 13 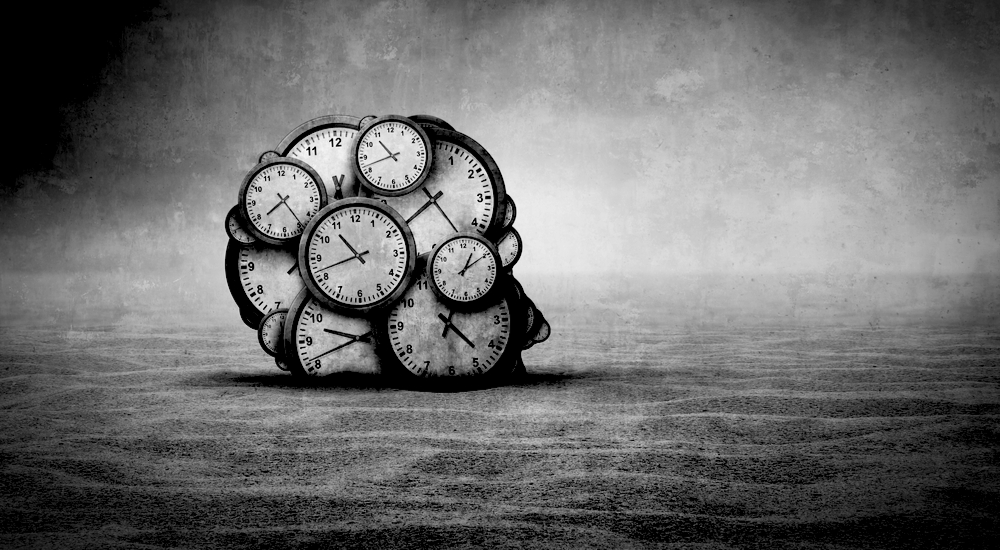 “It was a cold day in April, and the clocks were striking thirteen.”  Thus began George Orwell’s prophetic novel, 1984, written forty years earlier, preparing the reader for a dystopian future under socialism – a society of great suffering and injustice, and bereft of reason.  This symbol of the thirteenth stroke brings into question what transpired through all the previous twelve hours, when inhumanity triumphed over our society, destroying our time and history itself.

In Orwell’s tale, words were constantly being removed from the language and history repeatedly revised so that the citizens could no longer formulate thoughts.  The character, Winston Smith, explains, “He who controls the past, controls the future.  He who controls the present controls the past.”   We live in similar times, perhaps not as dramatically, but certainly equally disturbing.   We are witness to the ongoing destruction of our vocabulary, disintegration of the family unit, isolation and disorientation of the individual, demolition of historic monuments, whitewashed history, and tampering of time, all combining to extinguish and remake our society.  The focus of this diminished schooling and re-education is our young.

“British schools are removing analog clocks from exam halls because kids can’t read them,” reported Paul Bois, in the Daily Wire, April 2, 2019, with the subheading, “Many educators are phasing out analog clocks…”  Rather than teach the kids to read the time, the educators are removing the clocks; this is happening in the US, as well.  An emailed message from a teacher in the US read, “I get fifth graders asking me what time it is; there are two clocks in my classroom.”  Where are the parents? And why can’t this teacher with two clocks set aside five minutes a day to teach what should have been taught in Kindergarten?

Studies have shown that being able to tell time on an analog clock is good for the brain and the mind.  It enhances the children’s cognitive and creative skills and helps them to visualize and learn time management – to understand the passage of time and how much time is left to complete a task.  It boosts their abilities to solve complex mathematical manipulations, with increments and fractions comparable to similar concepts in other activities – even to grasp and learn map direction.  Of course, academics and psychologists are aware, yet the regression continues as we move closer to thirteen o’clock.

Another methodical and consistent destruction to our children’s conceptualization, creativity, and ability to work through and solve problems is the removal of cursive writing from the curriculum.  Suzanne Baruch Asherson, an occupational therapist, wrote in the New York Times (April 13, 2013), “Putting pen to paper stimulates the brain like nothing else.”  It stimulates brain synapses and synchronicity between the left and right hemispheres, leading to increased comprehension, expression, critical thinking, working memory, and higher SAT scores – skills not achieved from printing and typing.  Improved handwriting strengthens fine motor skills, develops better reading and math skills, all known to help them excel academically.

Modern technology is a poor excuse for keeping the children at computer and keyboard, where, unlike workbooks, the child is robbed of seeing how the progression of his thoughts leads to the emergence of his creation.  It has been reported that Silicon Valley parents are now demanding their children return to books, but technology continues for the masses.  Depriving the children of “best friends” and keeping them on the computer, away from group discussions, have also diminished their verbal communication and social skills.

Another assault is their victimization by the concept of “sexual fluidity,” sexual disorientation that is bound to create seriously dysfunctional adults, another means of reducing our population, according to the globalists’ dream, and to provide a motive for welcoming culturally conflicting migrants.  Libraries are now inviting drag queens to be Storytime readers, and the likes of Alexandria Ocasio-Cortez are threatening the end of the world in twelve years, proposing that it is best not to marry and reproduce.

Further, the intentional change from a religious to a secular country has brought us a decline in civility, morality, ethics, and compassion.  Deprived of intellectual curiosity and honesty, our children are being trained to rage and protest, manipulated for the left’s political purpose.  But it is thought, reason, and the power of choice that distinguish us from the lower life forms.

Religion is too potent a force to be left undisturbed.

Under the guise of inclusion of people of all religions, the Judeo-Christian Bibles were removed. but with ample funds from Qatar, the children are being immersed in the Arabic culture, against the parental will.  In fact, parents are threatened that their children will fail the class if they don’t comply, so kids must learn the Arabic language and script, Islamic scripture and prayers, despite the ban on prayers in public schools – for a complete indoctrination program.  Some schools have expanded days to a full K-8 dual-language Arabic program.   A school in Philadelphia has its children praising martyrs and singing of violence against Israel.  A standard feature of totalitarianism is the shift of children’s loyalty and obedience from parents to the state.  As we have seen with Nazism, communism, Islamism, and Hillary’s socialist “it takes a village,”  so Orwell’s fiction is becoming fact.

Our Biblical teachings of goodness and integrity have been replaced with Quranic laws that are antithetical to ours.  Students are not reading the classic stories and poetry that improve reading, speaking, and vocabulary skills; and missing out on tales of history, adventure, and invention that inspire achievement.   Rather, they are engaged in dystopian literature, Islam and socialism.

Our history is rewritten as commemorative statues are demolished.   Our schools are denying the greatness of Europe’s “old white men” who produced the Constitution of the United States of America under which people could thrive and live freely and in harmony with each other, and who created one of the world’s safest, most influential and powerful countries in the world.  Thus, these children have not the ability to value our well-ordered society of a self-governing people; rather, they seek dependence on a benevolent ruling class. America is not founded on common ancestry but on our history and unique system of beliefs, laws, and traditions.  Academia’s intentional theft is creating students who are less educated, less respectful, and less dedicated.  They will not understand the “fundamental changes” that will subjugate them as our constitutionally-granted freedoms are eroded.  The noose continues to tighten as they adjust slowly to the global elitists, remaining blissfully and fatally unaware.

The grand theft accomplished, what are they learning instead?  That everyone has his own truth, view, compulsion, relative to his/her own partiality; that there is no Good and Evil, Right and Wrong, and no facts.  The doctrine of “cultural relativism” teaches that our culture has been bad and all other cultures good; that America is racist (not that we legally banished racism and slavery), and we may therefore not criticize racism and slavery elsewhere – Islamophobia on steroids; and open to conquest and oppression.   They are learning that diversity from newcomers with dark skin is our strength, and Christianity, Judaism, white skin and conservativism our weakness.  Multiculturalism was designed to make our own children detest our own culture, and accept incompatible cultures, languages, beliefs, and behaviors, even if they sow dissension – particularly if they sow dissension.

The children are learning that Western civilization is imperialistic and evil; that we are to blame for the world’s backwardness and corruption; that the world is divided between oppressors and victims – male against female, whites against people of color, heterosexuals against GLBTQ, Christians and Jews against Muslims.  This is cultural Marxism – dividing people by class, gender, race, sexual practice, ethnicity, and religion, to ensure a form of equality irrespective of merit, and a means of propagating envy and hate; to prevent capitalism, where one may rise according to work ethics and abilities.  As the “oppressor” yields to the “victims,” the oppressor becomes the new victims, underrepresented, underproductive and suppressed, all brought down to the lowest denominator for “equality” and malleability, under the globalist rule.

We must act before that cold day in April is upon us, when the clocks strike 13.

Note: Wilfred M. McClay has written Land of Hope, An Invitation to the Great American Story, to offer young and old readers “an accurate, responsible, coherent, persuasive, and inspiring narrative” of their own country – individual liberty, self-reliance, and relentless optimism.  It is meant to be “THE antidote to abysmal levels of historical knowledge our high school graduates possess”; an “accurate but stirring rendition of the past.”  Published by Encounter Books,  Land of Hope will be available this month, May 21, 2019.  (Reviews by Jenna A. Robinson and Mark Bauerlein.)