When did the Left Transition From Partisan Politics to Treason? 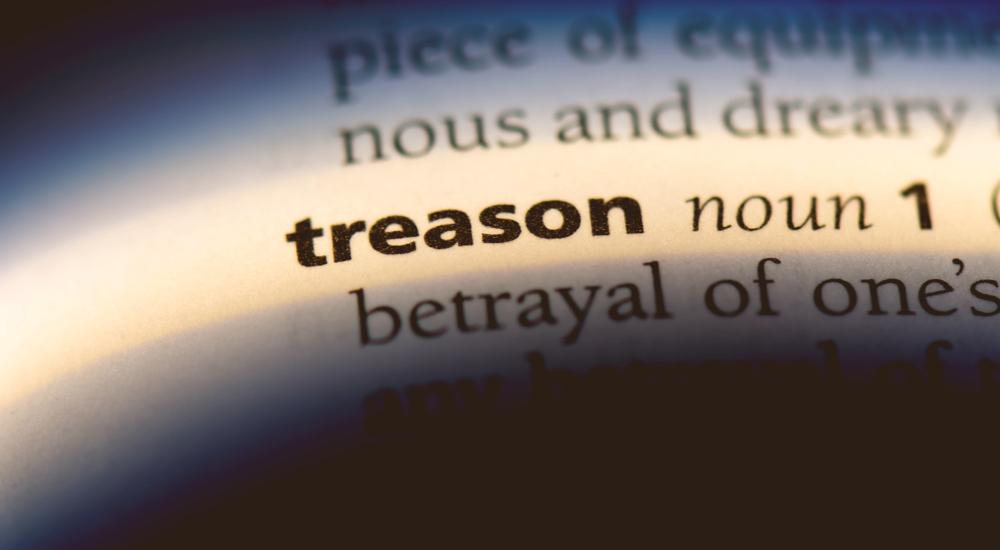 As I wrote last week, I have been reluctant to use the word “Treason” to describe the Left’s behavior in the “Washington Cesspool” and some of the state governments. But after much thought, I am now convinced that what the Left (Democrats, RINO Republicans and the MSM) is saying and doing clearly meets the first part of the Merriam Webster definition of “Treason”.

Merriam Webster definition of Treason: “the offense of attempting to overthrow the government of one’s country or of assisting its enemies in war; specifically: the act of levying war against the United States or adhering to or giving aid and comfort to its enemies by one who owes it allegiance”.

When the new Congress was sworn in on January 3, 2019, a handpicked by Pelosi, hard Left, America hating, power-mad Democrat became the chairperson of every committee and sub-committee in the U.S. House of Representatives. These people apparently have unlimited power and unlimited budgets (it is not supposed to be this way in America, but it is now)! All of these people are openly using their unlimited power and an unlimited budget to accomplish the same thing. That one thing is to destroy the Trump Presidency. Over the last few days these people have also made it clear that now they will not be satisfied with destroying the Trump Presidency (“attempting to overthrow the government of one’s country”)! Now they are making it crystal clear that they are also going to destroy members of President Trump’s family and as many of his close associates and supporters as they can! It is not supposed to be this way in America! This is what happens in third world countries when one group of people forcibly takes power over another group of people and immediately takes everything of value from every member of the former ruling family, and in some instances imprisons or kills them.

Here are a few examples of the Left’s current actions aimed at accomplishing their one goal:

Some of the things that were revealed during that hearing, that was sworn testimony and recorded were:

These are just a small sample of the Left’s OPEN EFFORTS to “overthrow” a Constitutionally elected President and destroy him, his family and as many of his supporters as they can while making themselves and their party invincible! However, I still believe that they are all grossly underestimating President Trump and Middle America!