What’s Wrong with Spending Your Way Out of Debt? 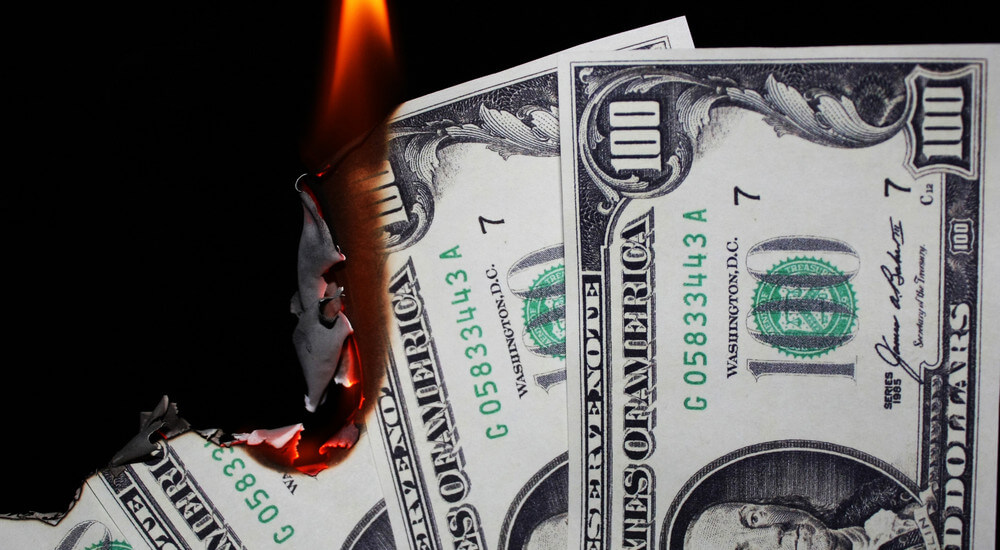 You would think the tax coffers were bulging with the politicians proposing massive government spending to create jobs so the workers can pay taxes to fill up the coffers some more?  What kind of thinking says that even though we are hopelessly in debt we should spend more to get out of debt?

If you trace the money from a historical perspective you soon discover it was the taxation of business and labor that funded the government.  How did it get to the point that the government has so many funds that it can finance all who used to work and pay taxes?  As they say in certain card games, “ Somebody’s lying.”

When the country was new there was no treasury department with a ton of money.  Only whatever was surplus from production was confiscated to pay for the government services.  Those who profited ( i.e. had some left over after their living expenses) were taxed.  Then those who received a paycheck had deductions taken out because the government didn’t trust the taxpayers to pay them when the taxes were due and besides if you take out the taxes in deductions you get to use the money interest free.  If a criminal mob tried this it would be instantly recognized for the fraud that it is.  Legalizing criminal behavior is what the government does best.

Now before someone says I ‘m exaggerating here are a few examples of what I mean.

This “change” we are going to experience will make the misery of George W. Bush’s spending look like the good old days.  All the changes coming from a President who is appointing many of the same old Clinton cronies with left wing agendas will only turn out to be socialism without the banner.  It will be corrupt, full of bribery and deceit, inept and embarrassing.  The speeches may sound good just as they did when Harold Hill pontificated about the band.  There will be no band.  The change we need is to recognize the value of the free market and how the decisions of the buyers and sellers without intermediaries from the government prodding and meddling will more accurately adjust more rapidly to supply and demand for all goods and services we need.  This change will hopefully be recognized after the next four years of another experiment in too much government.