Whats Wrong With the Left in America 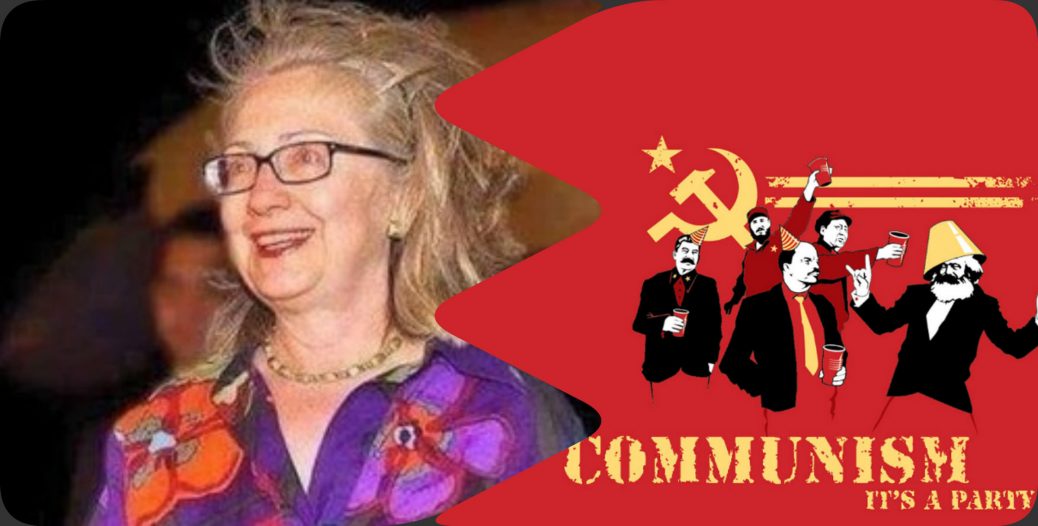 What is wrong with the left in America?

In one word it is Socialism.

I have watched “the workingman’s party go from Liberal to Something akin to Marxist. How did this happen right under our noses? Left go back to the beginning of the 20th Century in the US. The Communist Party was just getting its start. People were joining them because it was new and revolutionary. They promised change for the working man. The push revolution as a way to fix the problems in the country. The collapse of Wall Street in 1929 furthered their goals. They wanted to take control of the United States of America. Of course violent overthrow of the US government was out. So they developed a strategy for doing this. They would take over the Unions and the Media. They would implant operatives in both political parties. They would implant the colleges and Universities in the country and reprogram the young to think Socialism. They touted that Socialism was the correct form of government and an aide to all working people. By controlling the government and all of the media they could dictate what ever they wished. They would remove the Constitution of the United States and the Bill of Rights. Their leaders of this new government would give you your rights. They would own all businesses, banks and corporations.  The would own and operate all newspapers and radio and TV stations.

This was their Master Plan.

Men like Senator Joseph McCarthy tried to expose the Communist Threat in the United States. In 1950 he tried to expose some 200 Communists in the country. The media called him a “witch hunter” and deemed him. He did have a point and he did try to expose the Communists to the light of day. I suspect after that they went underground. Their goals were the same. Just delayed the take over. As the 60 and 70 rolled around and we were deep into the Vietnam War again we see Communist coming out in the public. People like Angela Davis at Berkley and Jane Fonda were talking about the rights of the workers and how our government suppressed and mistreated them. I went to one of Jane Fonda’s talk at Orange Coast College to see what she was saying. I sat there listening to her our poring of Communist Propaganda and training. It was plain to me she has been won over by the ultra left and was now spreading these lies and baloney to the unsuspecting students who filled the hall. Finally I stood up while she was talking and walked out.

Now again we see the Communists at work.

Crooked Hillary failed to win the Whitehouse. She and her past finally caught up with her. From the Whitewater Scandal and Vince Fosters Death to the Clinton Foundation ripping off the Haitians in 2010 to Benghazi and her illegal email server with no real security was the final straw. WikiLeaks had the goods on her big time and once they released that information all hell broke lose. She was losing votes by the dozens before the election. This gave me hope she would fail. Thank God she did. I voted for Trump. I could not vote for Hillary the criminal and corporate scum. I took a chance that Trump would be way better. It looks like I was right. Most of my friends voted for Trump. I listened to his acceptance speech. He was very humble and accepting and gave many credit for his victory. Sometimes the underdog wins. Hillary and all the power he had behind her failed. The secret shadow government is now back to work to try to fix things. Causing protests and paying students and illegals to riot. Bussing them to cities to do there evil work. They won’t stop trying to control this country. McCarthy was right. He might have seen things or perhaps was a bit to paranoid too, but he was right.

The Communists has infiltrated the Democratic Party.

I am sure George Soros is involved. Not exactly sure what his involvement is at this point. His One World Government has to behind much that we don’t know. You can bet that the UltraProgressives aka Communists are working hard to destroy what ever Trump wants to do. Look at the criticism of the Left. That is a good indicator Trump is on the right track. I want to see a new director of the FBI. Comey must go. He can’t be trusted. Too bad. I think he tried to do right but was compromised by the DOJ. That Loretta Lynch as head of the Justice Department gotta go too. Anyone connected to Obama or his administration has to go. If your going to “Drain the Swamp” you need new fresh faces. Those who fail to follow Trump get walking papers fast. I like this guy Mike Pence. He has a good head on his shoulders. I can see that like Rockefeller, Donald Trump has surrounded him with knowledgeable help to guide his Presidency.