What Can be-Only if America is Strong Enough 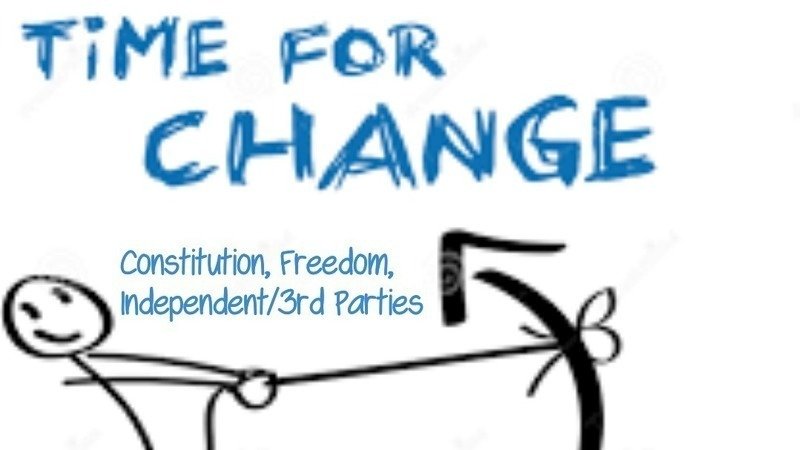 Two parties for decades have convinced the American voter that there is no value in voting for a third party candidate because all that will happen is your candidate will lose votes. Untrue! The truth is beyond this. To vote your conscience, look for integrity and a person who Patriotically will support all Americans can also be found outside the walls of the Republicans with their criminal actions of late, and the Democrats who are doing everything possible to gain power.

This author has looked beyond the outer skin of each party looking for reality, compromise, understanding, and statesmanship. To date, all of these qualities cannot be given to either party. Both have one purpose, and that is to control.

Everything is possible by the American voter, from electing strong leaders to impeaching the criminal element, to peacefully marching against the Federal Governments encroachments into each individual’s personal lives.

For too many years we have supplied funds to banks, oil companies and other large corporations like automakers through forms of loans, lower taxes, tax incentives and the burden for these tax reductions are deposited on the middle and low-income Americans. The same group that has to save, go without, and plan for every expense are the ones expected to take on the largest of burdens.

It is not impossible to change the American ideal. America does not need to pay the corporation to exist, nor does it need to boost-up the profit margin on oil, nor give financing to banks who cannot control their expenses. America can spend more money to feed the young and senior citizens. America can spend money to provide health care for all and save taxpayers money, lower costs, and create the ability to see a specialist more and sooner. America can take care of her VETS, and make sure America’s youth have the best education the world has to offer.

America can be the world’s leader in Environmental protection, safe infants, and more jobs for everyone. America can provide one simple law that pertains to all that there shall be no discrimination for any reason, whether it is a job, home, or assistance. Controlled Unions to support and protect the workers against unfair wage practices, empty terminations, and required over-time can exist and benefit the corporation as well as the worker. America can be on the forefront of the future and technological advances, and America can realign its expenditures to secure the infrastructure from roads to bridges, to power, to communications. IT is possible while spending less than what is spent annually by two parties who just try to buy votes every four years.

America must get past the rhetoric of the current administration and opposing party. Arguing, bickering and closing down of government are not ways to give credence to a party’s word or commitment to help Americans.

The American voter must demand that the same insurance, retirement, and loss of income during a shutdown materializes for the House, Senate and Oval Office. If there is just cause, the termination through impeachment needs to occur if a shutdown does happen. Social Security and Medicare must be back to being fully funded as Americans have paid in and to be never touched again except to pay for retirement. The amount paid to every senior citizen would increase dramatically.

No longer should the citizen accept lies, hidden agendas, undercover operations, and corrupt politicians. Americans deserve more than that and have shed the blood to have it so. No longer does the American voter need to decide between the criminal and the criminal. America should not have to put confidence in politicians who go against American integrity and morality. Lies, outside sources paying to give credence to false news, attempts to lie about competing candidates, and insulting other candidates or Americans should never be accepted.

Just take a moment and imagine if the integrity, morality, and honor of your grandparents was common within the structure of politics where handshakes were binding contracts, words held value, and leaders never thought to insult or bully citizens, what an amazing life every American could enjoy. Tomorrow needs leaders to grasp the needs of an ever-expanding population, pollution, and racial harmony. To do this, one must no longer harbor hatred, but embrace humanity.