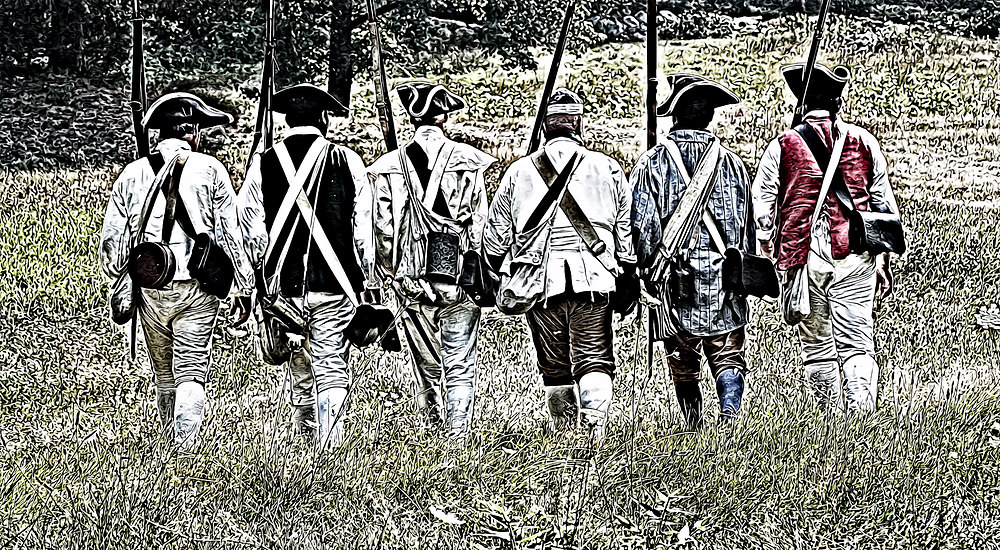 The Second Amendment to the Constitution of the United States: A well-regulated Militia, being necessary to the security of a free state, the right of the people to keep and bear Arms, shall not be infringed.

Definition of Militia: A body of citizen soldiers as distinguished from professional soldiers.

It is time to consider the Second Amendment from the Right. In modern times, we have ignored the “well-regulated” portion of this amendment, while demanding our right to bear arms. Because of the threat of insurrection by Islamic extremists, which is being downplayed, if not largely ignored, by the Federal Government, it is incumbent upon the citizens of the United States of America to organize and regulate a militia for our protection. While our Founding Fathers considered the militia of the Second Amendment probably more for protection against the overreach of the government and English invasion, we must adapt to the times at hand, and recognize the threat that exists among us.

I propose a militia of PRESENT RESPONDERS, not to be confused with First Responders, nor armed patrols. First and foremost, those citizens who legally carry concealed weapons and who want to be a part of a defensive militia would organize groups in their own communities. These groups of responders would pledge to be prepared to be prepared to respond IF and ONLY IF they were in an area attacked by armed assailants. This could be as simple as an armed robbery of a business where the Present Responder happened to be or as complex as one of the recent ISIS attacks in Paris, Belgium, or Orlando. Under no circumstances would a Present Responder patrol (that is, go looking for trouble), nor would s/he respond (unless a current member of a First Responder organization) to an attack in which s/he was not present.

The organization and regulation of a well-armed militia is critical for both training purposes and for parameters in which to respond. Law enforcement agencies should be both aware of and invited to all meetings, both for public safety and for information necessary to carrying out protective scenarios.
Are you legally carrying? Are you willing to train to be a Present Responder, fully obeying the rules of a local militia. If you believe any group is inherently evil, you have no place as a member of a militia: this is ONLY for the protection of innocent persons, no matter what their gender, ability, religious affiliation (or lack thereof), or ethnic heritage. Are you willing to organize a local militia in your community? This is the hour of our greatest need.