A Wedding Gift From ISIS 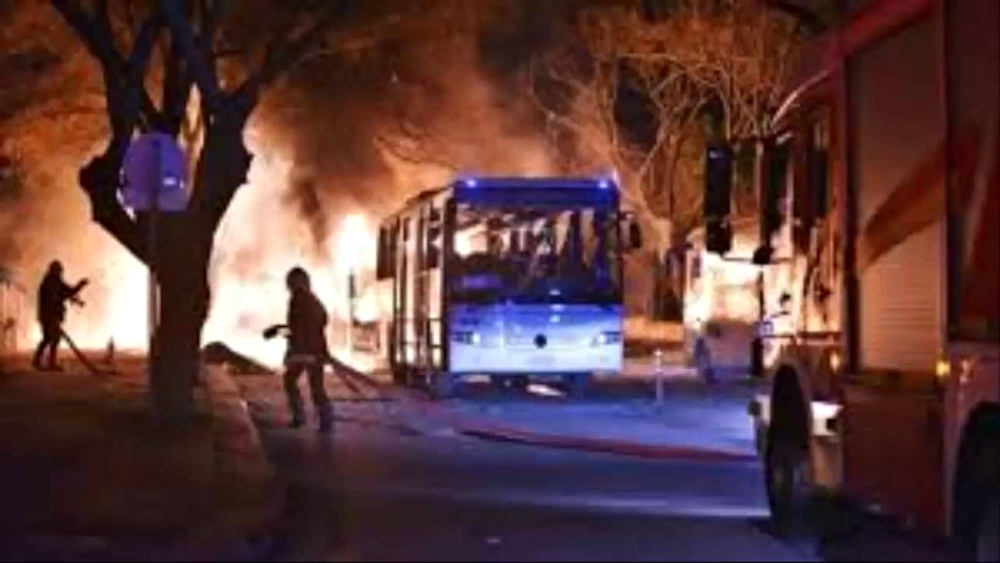 I read the news and I probably read from different sources than many of you. That being said, in case you missed it in the mainstream press:

Over 50 were killed this past weekend, by an ISIS attack, at a wedding in Turkey. Imagine if that were your wedding. Imagine if that took place here. It didn’t happen that way, so it’s not big news to the mainstream United States press.

ISIS used a child as a suicide bomber this time. The bomb was detonated via remote control.

Flashback to 11/17/15: Obama lashed out against those who were against his Syrian refugee crisis plans saying “apparently, they are scared of women and orphans coming in to the United States.”

11/19/2015 Hillary Clinton defended Obama’s JV quote saying it was accurate at the time his statement was made and that the administration’s focus was on removing Assad from power (something that was never accomplished…which I attempt to remind the folks who would vote for Clinton and also gush over the recent CNN video of a Syrian child who survived a bombing attack….an attack that’s a consequence of failed U.S. policy execution that has resulted in Assad remaining in power; connect the dots folks).

So….we have a 12 year old boy used as a suicide bomber, in Turkey, near the Syrian border. Question: should the folks in Turkey be concerned about women and orphans from Syria?

So….we have another violent action from the JV team, a term used by Obama and defended by Hillary.

So….we have Assad remaining in power, despite his ouster being an admitted focal point of an ineffective administration.

People say that political posts on social media will never change anybody’s mind about elections; and maybe so. There’s nothing wrong with sharing the under-reported news, keeping executive decisions and judgement calls alive and shone under the spotlight while also showing that there’s a consistent pattern of three things with our current leadership: being very wrong; not doing what they say they’ll do; and exercising poor judgement.

By the way, Hillary is calling for 550% more refugees than Obama. Once again, if you want a continuation of the current administration policies, by all means vote for Hillary….and for Pete’s sake, stop and think of what led to the creation of the Syrian refugee crisis to begin with. Connect the dots. Remember the “red line” drawn for action in Syria and recall the folks from this administration who threw down the gauntlet and then did nothing when lines were crossed. Leadership.

Recall how WE armed ISIS in that region under the Obama / Clinton admin. We can talk about employing “common sense gun control” for U.S. citizens, but here’s what ISIS took from U.S. supplies in the city of Mosul alone (about $656 million in U.S. arms):

This does not even factor the guns that the same administration put in the hands of the Mexican Drug Cartel via the failed Fast and Furious gun running fiasco.

Recall that when Mosul fell, leading to the ISIS capture of the weapons cache mentioned above, that Mosul was attacked by 1,500 members of ISIS; and that Iraq had 75,000 troops from Iraq’s Third Army Division in Mosul. JV Team? 1,500 vs. 75,000! Imagine if just a couple percent of the Syrian refugees are actually embedded ISIS fighters?….p.s.: Trump’s a racist and a bigot.

What about the arms that U.S. allies (Turkey, Saudi Arabia, UAE) poured in to Syrian rebels, under our watch? The rebels trained by our allies were against Assad but some were tied to al-Qaeda and ISIS. Biden apparently admitted, during post speech comments at Harvard, that it was not until the summer of 2014 that we realized that those arms that were being used to try to topple Assad could be used against us. He also largely blamed our allies for creating the ISIS problem.  Damn, that’s a strategic bunch in charge!

Consistently wrong; not doing what they say they’ll do; exercising poor judgement; underestimating the enemy while arming them with weapons that can be used against us; and, pushing to disarm us because we can’t be trusted with the civilian variants of the fully automatic variants that the government has allowed to creep into the hands of ISIS.

For those who say “I’m with her;” stop and think about who else you’re with…