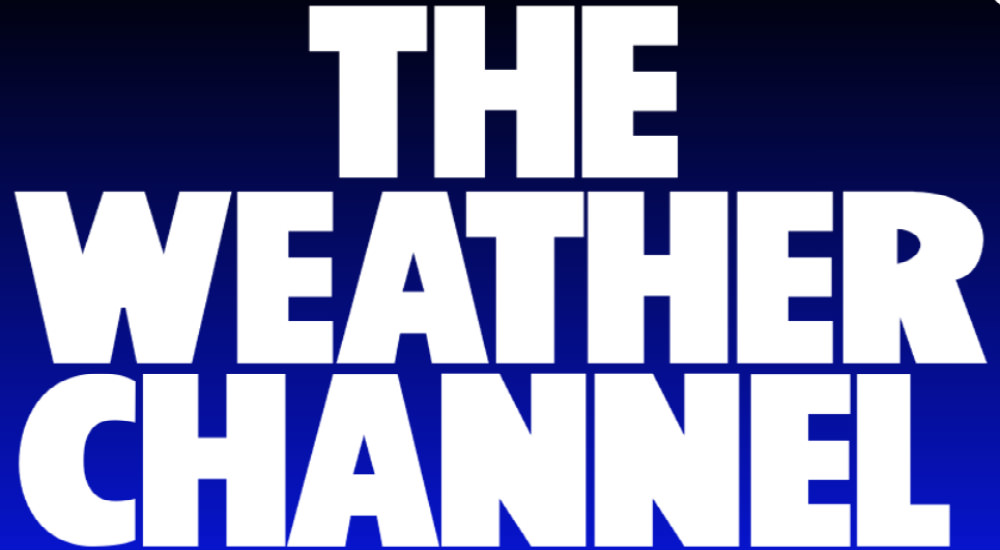 The Weather Channel, founded by John Campbell, but now under new owners, attacked a Breitbart News piece on climate change accusing them “…of cherry-picking facts to mislead the public about climate change.”

They were responding to a Breitbart article declaring global land temperatures made their “steepest fall on record last year” and were met with “…an eerie silence by scientists.”

This is not surprising to anyone who follows “man-caused” global warming.” It has been the greatest cash-cow, full employment program for Ph.D.s in Physics, Chemistry, Political Science, International Relations and lastly Meteorology, the only field that should be affected as the data is clear, but academic leeches are stuck hard and fast on the carcass of “anthropogenic global warming” and they will not relent until they have bled it white.

Every physical scientist knows it is a false issue only justified by, “…more money for science…” and they are not kidding. Climate change has netted $1 trillion and that does not include many millions for new textbooks in areas that will have to be replaced when the fraud is exposed. The publishers know: They all have physical scientist consultants who have told them the truth if they wanted to hear it. According to Breitbart, “The last three years may eventually come to be seen as the final death rattle of the global warming scare” and we second that with a demo-experiment you can do in your home for less than $10 and we could teach this at a high school. You can do it at home. See: http://adrianvancearchive.blogspot.com/2016/12/co2-is-innocent.html

In response to Breitbart, The Weather Channel said climate change was real and Breitbart was lying which is interesting as they fired Dr. Heidi Cullen when she was caught in a “global warmng” lie saying, “Methane is a greenhouse gas 500 times more potent than CO2,” when it does not absorb IR much more than nitrogen which is classified as “transparent” to infrared radiation, IR, heat energy and there are actually no “greenhouse gases.”

“Science doesn’t care about your opinion,” Weather Channel Meteorologist Kait Parker said of Breitbart” adding, “It will not change the future nor the fact that the Earth is warming.” The Weather Channel then launched a scathing attack on Breitbart, accusing them of “…cherry-picking facts to mislead the public about climate change,” when this is clearly what NASA, NOA and now the Weather Channel have been caught doing.

The Brietbart piece was entitled “Global Temperatures Plunge. Icy Silence from Climate Alarmists.” It noted global land temperatures had dropped one Celsius degree in the last year but the news “…had been ignored by the alarmist community.”

This is a monumental change given the size and mass of gases in the atmosphere as it represents a huge change in the energy we receive from the sun. It should not be surprising as the sun has been quiet for the last decade showing few sunspots. They are like bubbles in boiling water showing more energy is entering the pot that normal evaporation can abibe so bubbles form explosively. Black sunspots are solar bubbles.

Evidence of solar cooling includes earlier fall migrations of ducks and geese from Canada. In northern California where ten years ago they were not seen until late October and early November some are flying over in late August with the greatest number now coming south in September.

While the Weather Channel does not typically offer opinion beyond weather and climate science, “…in this case we felt it important to add our two cents,” wrote they in a post on its’ website Tuesday.

Meteorologist Kait Parker denied the Breitbart, and other climate change skeptics, claims global temperatures are decreasing, and proceeded to pick apart the article piece by piece.

Addressing the claim global land temperatures had their “biggest and steepest fall on record,” the meteorologist pointed out, “this trend was based on just one satellite estimate,” when the Earth is 71% covered water is misleading.

The weather experts also disputed Breitbart’s claim that any recent warming was simply the result of El Niño which is now thought to be driven by very deep water volcanoes in the Indian Ocean, the deepest of all Earth’s seas.

Climate change “experts” for the channel, Bob Henson and Jeff Masters, warn that “artificial debates” over climate change were “a distraction from the important discussions which should be taking place.” What could be more important then whether or not the issue is false? Nonetheless they contend:

“Scientific debate in this area is real and perfectly legitimate. Likewise, how we respond to climate change is a matter of public policy, one that demands healthy debate and engagement from citizens and political leaders.” “Engagement from?” Is this an error in grammar or an outing of intention?

“It’s something else entirely to foster suspicion about the very bedrock of climate change science, which is based on thousands of peer-reviewed studies and accepted by every major scientific organization on Earth.” Those “peer reviewed” journals are all garage and basement printed, low circulation pamphlets with “peers” who are associates often on the same faculties as the authors who take turns being “peer reviewers.”

“Human-produced greenhouse gases are causing the Earth system to warm, and this trend will continue, along with shorter-term ups and downs. There are too many important debates and decisions ahead of us to waste time on artificial ones.” Again the error expands as the primary “greenhouse gas,” CO2 actually causes a decline in atmospheric temperature as you can see in the demo-experiment at: http://adrianvancearchive.blogspot.com/2016/12/co2-is-innocent.html

The Weather Channel ended its piece, by offering to help Breitbart next time they needed to fact check an article noting, “I’m sure we both agree this topic is too important to get wrong. A third of the world’s polar bears ‘will disappear in the next 40 years because of melting sea ice.”

We note that a recent Polar Bear census has noted there are more then ever, but this may be due to better counting than we have had in the past noting natural history, mistakenly called “science,” is open to question and notorious for rubber “facts.”