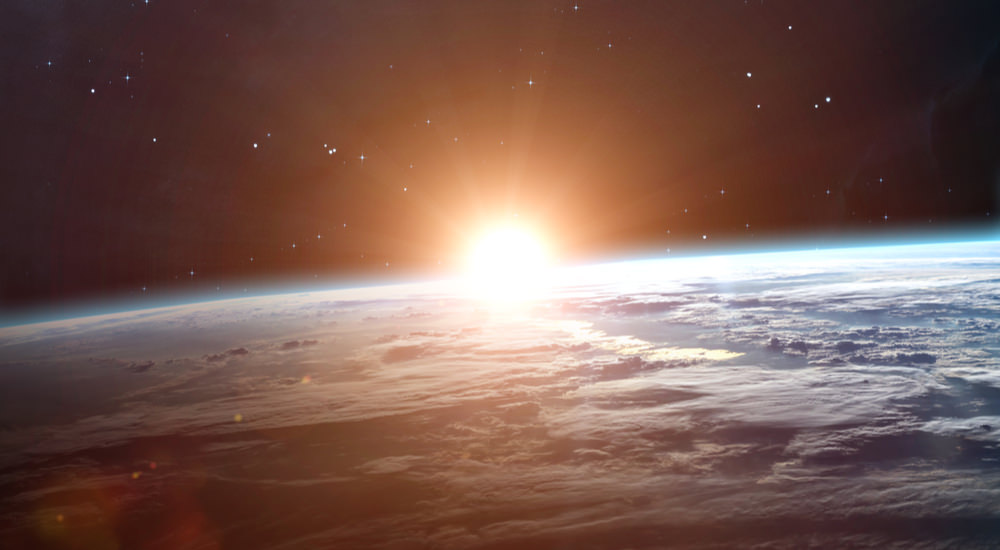 “Weaponized Space! What is Occurring…”

“Weaponized weather” is not enough for the globalist. “Weaponized space” is urgently of equal or greater importance. A profusion of UFO sightings, around the world, is observed as never before! While some are natural phenomena, or contrived of CGI or hurled garbage cans, the remainder are authentic with the labels, “Made on earth.” None contain aliens.

Too often we constrict our views of “weaponized space” to satellites and things with laser technology. UFOs on YouTube are wondrous anomalies to behold, but few consider them to involve weaponry. The weaponry of real man-made UFOs has multiple purposes:

* Their forthcoming, alleged global “threat” of UFOs abducting people – when it will have been the real or a fake Rapture – will be a strong pretense for a borderless world government. The whole world will be “threatened” and only a central world government will be capable of uniting earth against this borderless “threat.”

* The military/industrial complex will be giddy with delight! This is the perfect excuse to overtly increase their weaponized space “defenses.” Profiteering galore! All countries will need to purchase “weaponized space” technology as insurance against further UFO aggressions! With Obama’s 2012 Executive Order legalizing uncompensated labor, profts will be maximized! Workers will work for no pay on control measures to be used on themselves.

* In truth, aboard these craft – powered by crystals made in underground facilities in Canada for years – will be added weaponry for the draconian world government to enslave and control world population. Surveillance of many types, direct energy weaponry, sleep deprivation control, much more.

Just minutes after midnight, July 15, 2017, Saturday 24:03 a.m. I observed – while trying to enjoy a cup of tea on my quiet patio – a UFO directly over me. With a little Canon HD camera to not do justice to photos of this, I captured the photo you see here…

Rendered them in video editing software, I couldn’t believe what I was seeing. There, on the audio graph, was a large jump in what should have been a loud sound for certain slightly-zoomed-in shots…. But on the video everything was quiet.

Observably on the editing software, every time I noiselessly zoomed in – for just a little more detail on the UFO – there was a strange jump in the audio graph, as if a siren went by or someone shouted something. But at these places the sound was still totally quiet, despite these very high and full jumps in the audio graph…

Puzzled. What did this. I knew God wanted me to know, but didn’t have the slightest idea where to start looking on this. Suddenly, a title of a book I hadn’t read yet strongly came to mind. By Joseph P. Farrell. On p. xii was the answer (the Holy Spirit knew where this was, as I came on it 2 minutes after opening the book.) It revealed on govt. cover-up UFOs::

This (UFO) physics has strong ties with the “scalar” non-linear “electro-acoustic” waves and thinking developed first by Tesla, and subsequently elaborated by Nazi and Soviet physicists. The scientists and mathematicians in Nazi Germany that began the groundbreaking and revolutionary work in this type of physics were in the uttermost lofty reaches of the classification system of the SS.

Right there was the answer. The reason I couldn’t hear audio on the rendering video – which according to the audio graph should have been undeniably loud – is because it is a type of audio humans can’t hear, but definitely exists as audio. Audio from a new physics with “electro-acoustic” waves. Wow.

From personal experience, I knew this technology went to Washington state in 1945, where a group of MIT USAF officers constructed these from the confiscated Nazi plans. So who is using these today, produced from the radical physics of Tesla? The globalist elite, of course.

One thing for sure: Just as we have “weaponized weather” we have “weaponized space.”  Vigileaks opinion: After the real Rapture – which may be preceded by a fake Rapture, to abduct human as workers for awaiting underground facilities – the powers that be in the military/industrial complex will use these global abductions as an excuse to increase their weaponized space “defenses.” and organize “grass roots support” for an “urgently needed” world government.

American lawyer and researcher Constance Cumbey, believes Nazism will rise again. Indeed, Joseph Carr revealed the cosmology and cosmogony of New Age is identical to Nazism. The globalists are New Age to the core. If Cumbey is right, this makes the Rothschild-agent, Soros, much more of a Nazi collaborator than we thought! And therefore these have no business flying over Israel. These will be aggressors in the Isaiah-prophesied “Jacob’s Trouble.” Before Jordan became the location for the Middle Eastern branch of CERN, UFOs were flying from Jordan westward over Israel. Truth is stranger than fiction. Let no globalist deceive you…

For Further Reading:
UFOs: End-Times Delusion by Dr. David Allen Lewis
The SS Brotherhood of the Bell by Joseph P. Farrell
UFOs from Behind the Iron Curtain by Ion Hobana and Julien Weverbergh (Cover-up propaganda for the extraterrestrial perspective but useful)