The Wealth Divide has Never been Wider 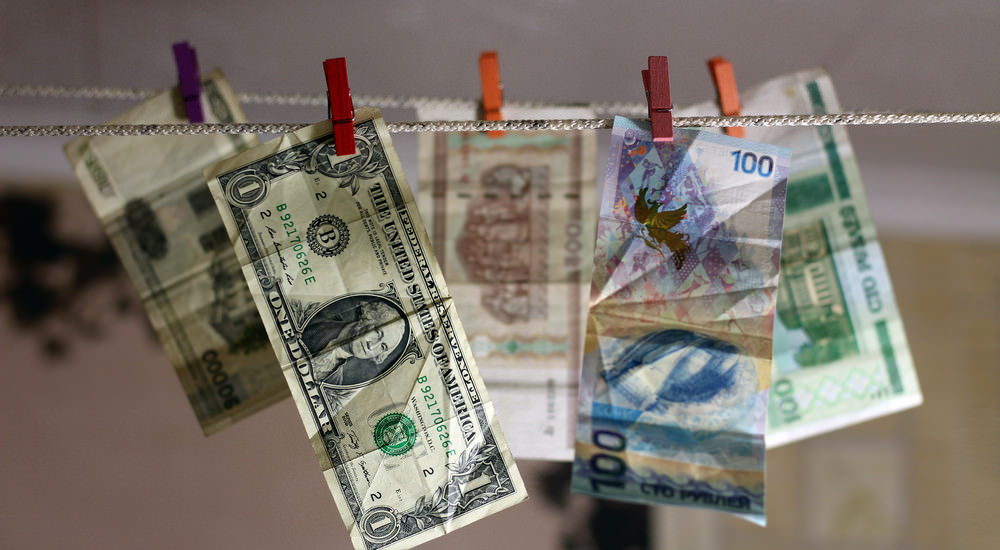 The Robber Barons of the 19th and 20th century had nothing over the elites of today’s globalist transnational financial conglomerates. The Richest Americans, listed in Forbes conceals the real power that controls the economy. Net worth is deficient in gauging dominance in financial commercialism and monetary preeminence. The Top 50 Highest-Paid CEOs as reported by ABC News ties into Michael Hiltzik’s account that CEO-to-worker pay gap is obscene, “The average CEO-to-worker pay ratio in 2012 was about 350 to 1.” Yet the divide in pay does not exemplify the exact lose in a livable standard of living for the ordinary staffer.

If corporate multinationals were really about creating actual wealth, the pay of inspirational leadership and senior management talent, that executes the business plan, would be incidental if the employees were sharing in affluence. Those who demand higher minimum wage compensation do not understand how business works. The inordinate wealth divide, cannot and will not be reduced, until genuine economic prosperity is achieved.

Analyze the idiocy of a naive Undergraduate Research Fellow, Brian Chesley in 3 Ways to Reduce the Wealth Gap.

1. Open higher education to everyone.

3. Increase taxes on the rich.

Such ignorant and illiterate attitudes demonstrate that institutions of higher learning encourage an atmosphere of social collectivism that plays directly into the hands of the new tyrannical tycoons.

The New York Times OP-ED piece by Daniel Altman (an adjunct associate professor of economics at the New York University Stern School of Business and a former member of the New York Times editorial board), proposes a foolish mindset and proposal in To Reduce Inequality, Tax Wealth, Not Income.

“In 1992, the top tenth of the population controlled 20 times the wealth controlled by the bottom half. By 2010, it was 65 times. Our graduated income-tax system redistributes a small amount of money every year but does little to slow the polarization of wealth.”

American household wealth totaled more than $58 trillion in 2010. A flat wealth tax of just 1.5 percent on financial assets and other wealth like housing, cars and business ownership would have been more than enough to replace all the revenue of the income, estate and gift taxes, which amounted to about $833 billion after refunds. Brackets of, say, zero percent up to $500,000 in wealth, 1 percent for wealth between $500,000 and $1 million, and 2 percent for wealth above $1 million would probably have done the trick as well.”

Absent in redistribution of wealth schemes is that the method of authentic free enterprise is never understood. Nor is there ever an effort to reestablish the principles of real business competition. The marketplace of voluntary and mutually beneficial commercial transactions, destroyed by the systemic Corporatocracy model, is the ultimate reason why wealth disparity is so great. The literal legacy of the Robber Barons is the internationalist financial system of central banking that predetermines the outcomes of selective patrons from calculating crony capitalism.

Public companies, once established to develop, produce and sell innovative goods or services are rare in an environment where financial manipulation is the primary vehicle to riches. Equity exchanges, based upon raising capital for industrious and constructive ventures, seldom function for this utilitarian purpose. The global economy, in reality, has perfected an anti-free enterprise filter that stamps out initiative and penalties upstarts that are not part of the cartels.

With the insolvency of the world-banking system an inescapable fact, the prospects for even more concentration of real assets into the hands of the financial elites, posed for the final wealth confiscation, of resources not already in their hands, is upon us.

When the internationalist financial system implodes and business screeches to a halt, a populist movement to clawback century long fraudulent gains of the hidden stashes from the interlocked illuminati families is the only coherent alternative to establish a fiscally sound financial future.

“The 2014 Bilderberg meeting is another example of those “blurred lines” between government, big oil and the financial sector, the three pillars of war. According to some reports, the topics of discussion at this year’s meeting will include the situation in Ukraine and the Russia-NATO relationship, as well as the Transatlantic Trade and Investment Partnership (TTIP), an agreement which, according to Stop TTIP, “is in fact a corporate coup that will take us to a ‘corporatocracy’, a corporate-run world.”

The mental confusion that blocks out the way the world fundamentally functions prevents focusing upon any essential debate as to substitute economic parameters for an equitable stake and remuneration for productive contributions to the success of any commercial venture.

The term Robber Barons, should not be substituted for every prosperous risk taker or self-made entrepreneur. The corruption within the cabal economy is rooted in the very nature of the favorable treatment given to participants in the criminal corporatist syndicate.

As Ms. Lévesque correctly describes the methods and operations of this New World Order neo-feudalism, the only structure that offers any prospects for an economic renaissance must target and strip the political influence of the globalists as much as the confiscation of their vast holdings.

Do not be deceived, by communist or socialist newspeak. Sharing the wealth is not the objective. The goal is imposing an unconditionally surrender upon the banksters, which is serious business. Start with the elimination of the Rehypothecation of Collateral. Lawful business has no room for coexistence with derivatives and swaps.

Holding the body politic accountable and committed to breaking up the banksters’ monopoly requires compliance regulatory resistance from within the business community. It is just as important as customer and buyer rejection of the corporate induced consumer society. Sadly, most people simply are uninformed about the principles of sound business.

Most CEO’s are not businesspersons, but are globalist enablers and often are outright thieves. The needed business revolution will not be lead by their ilk.

Real competition can never be encouraged until inventive and audacious risk-takers have practical alternatives to fund their enterprises. Only then, will the wealth ratio narrow as affluence, that is more tangible, expands and the fortunes of the oligarchy diminish.