We the People are Shouting our Voices Out in our Tweets! 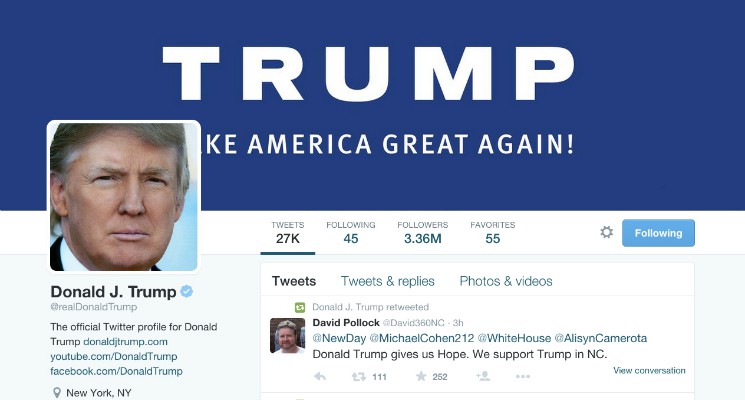 For weeks, and months, we have been told by the fake fair and balanced Fox News, and other liberal media by its complacency that Donald J. Trump was the overwhelming choice of the American Conservative. But the truth is that voices started quietly, then louder and louder till it was a rumble of unknown proportion from Sea to Shining Sea that this Shining City on a Hill was not going to take it anymore!!!

Anyone who studies political rhetoric and history has seen the slow but building explosion of a candidacy turning from strength to parody, from fortune to failure, and from significance to sadness. Donald Trump has single handily destroyed his own candidacy with his inability to reform to a more thoughtful, and informed candidate. Today, all of the #nevertrump members, millions of them, have smiled just a little brighter, breathed a little easier, and understood that Donald Trump is on the cusp of losing the nomination in Cleveland at the Convention.

All true Constitutional Conservatives, all those who value morals, ethics, and integrity over self-gratification will stand a little taller, a little longer, and a little happier with the knowledge that America is speaking and speaking loudly, in one voice…We will not succumb, we will not go quietly into that good night, we will stand strong together and never accept Donald J. Trump as the candidate to represent them.

Now Donald is not the only one to feel the rumble. Hillary Clinton shall find herself under the tweets of a million or more voices tweeting to remove her from the position of the candidate for the Democrats. America will no longer allow liars, thieves, and murderers by omission to be our President. No longer will we overlook the email scandal, and the death of our Americans in Benghazi and around the world in a cornucopia of deception and deceit. America deserves a true Constitutionalist, a lover of freedom, and truly upholds that to judge by any level except by the content of character is to be racist, or bigoted. America knows that it has been that Girl the world calls upon when the stakes are high, and the world’s morale is low, America stands brightly in New York Harbor to let all of the worlds know, we shall be the beacon of hope for the world, but can never the home of all, the teacher of democracy, while never being blind to injustices, the negotiator, but not in weakness, only in true Grit and power. Hillary sees the writing, and her wall will come crumbling down as the millions continue to tweet to remove her from the race.

America has spoken, political pundits, liberal media, political junkies, and the socialists, Marxist, communist, supremacist, division makers, and bigots of the world, America will not go “QUIETLY INTO THAT GOODNIGHT” America follows no country. America bows to no leader, and America stands strong on the blessings that God has given her from the revolution to today…