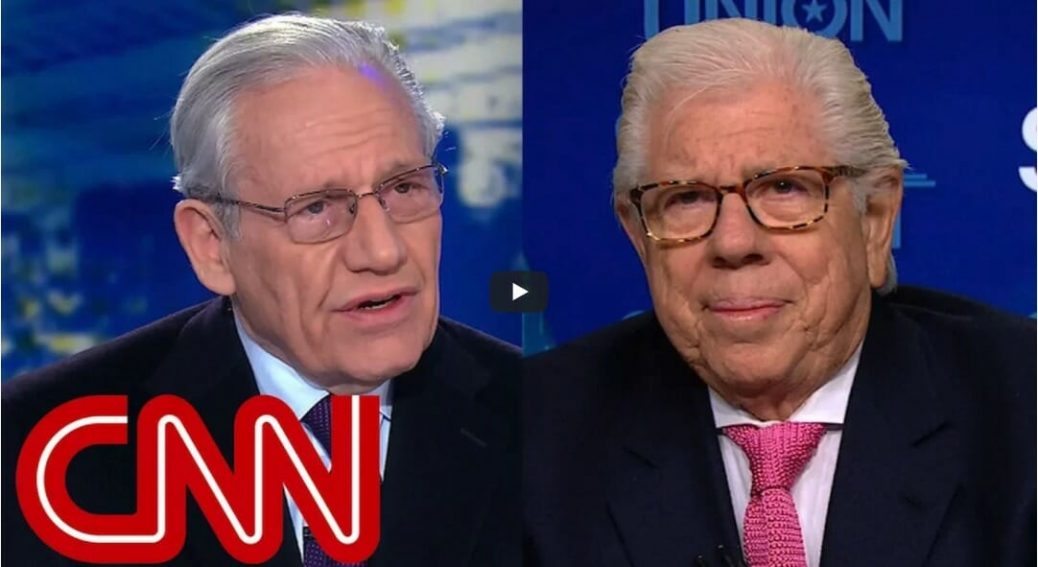 The men are obviously not fans of the President, but they warned their fellow journalists to be careful about the way they report the news because there seems to be a lot of defensive reporting these days, coupled with mocking of the administration.

Dana Bash: “Carl, briefly, I just — I want to also get your perspective on the fact that like — that one of the hallmarks of the Trump presidency has been to go after the press, calling us fake news and even worse. How does this compare to what you dealt with, with Richard Nixon? He was no fan or friend of the press.”

Carl Bernstein: “Nixon in Watergate tried to make the conduct of the press the issue, instead of the conduct of the president and the men around him. Donald Trump has gone even farther. He’s tried to undermine the credibility of the press as a national institution, to the detriment of the country, by these broad attacks on the press, which, really, the press is, in the United States, as our leaders have recognized going back to the days of the early republic, the last bastion of truth that makes democracy function. Yes, we make mistakes, and we need to admit our mistakes. We oughten to be too provocative, which we sometimes are, with a president who is putting a lot of bait out there. And, sometimes, we take the bait and get a little petty. I would like to see a lot less of criticizing on our air the president for playing golf. Let him play all the golf that he wants. I don’t think that is our job. We have got a deadly serious inquiry in front of us. And the reporting, by and large, by the mainstream press, by “The New York Times,” “The Washington Post,” CNN, “The Wall Street Journal,” has been some of the greatest reporting of the presidency that we have seen in the last 50, 60 years.”

Bob Woodward: “The tone is a big issue here. In lots of reporting, particularly on television commentary, there’s a kind of self-righteousness and smugness and people kind of ridiculing the president. When we reported on Nixon, it was obviously a very different era but we did not adopt a tone of ridicule. The tone was, what are the facts?”