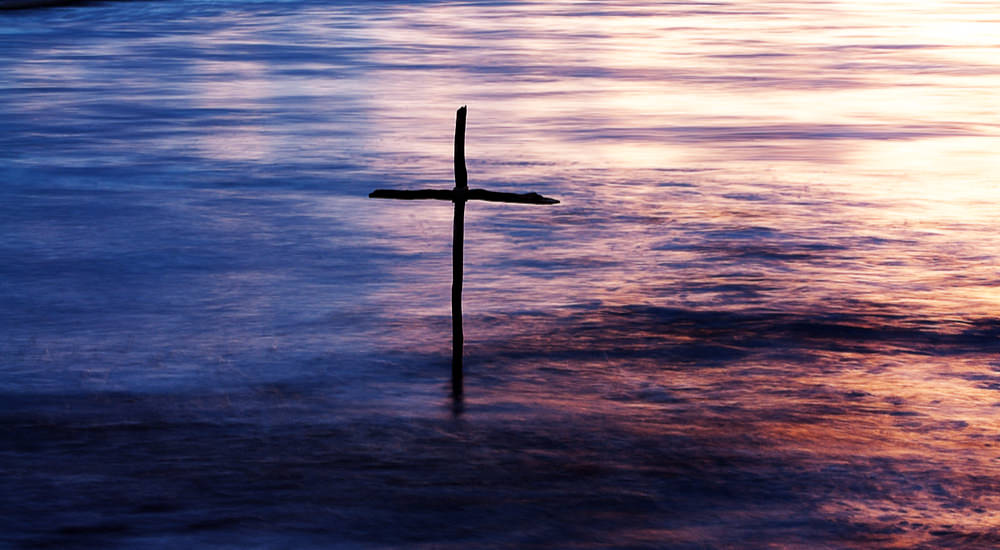 “And he came into all the country about Jordan, preaching the baptism of repentance for the remission of sins.”  (Luke 3:3)

This text, speaking of the baptism offered by John the Baptist, tells us several things: It says that John was ‘preaching’.  This means to proclaim a command in a formal, serious and authoritative manner; a command that must be obeyed.  John proclaimed baptism or ‘baptisma’.  Baptisma means more than immersion; it means to submerge. Thus, the meaning of baptism is to be completely covered by water.

John’s baptism was an act of purification for the Jews, who had to confess their sins before they could undergo spiritual reformation, AS JEWS. Thus, John’s baptism was just within the latter few moments of the Old Testament economy.  It was quite valid, so long as the baptised Jews actually repented and did what God commanded Jews to do. The first Apostles were baptised in this way and it was a sign of Jewish repentance.

The same word for baptised – baptisma – is also used of Christian (i.e. relating to saved Jews and Gentiles) baptism. The word itself is the same, but the meaning behind it is slightly different.  In the Christian sense, baptism is an outward sign of inward repentance and salvation previously attained.  It did not, in itself, save a person, but was a sign to the world that the person had indeed been saved and was now willing to witness to that fact.  This is why, in many Muslim countries, nationals who are saved are not persecuted until they witness to their faith in an act of public baptism, which indicates to all that their faith is real. (This has now changed, since the emergence of ISIS. Now ANY reference to salvation in Christian terms is judged death-worthy).

In this verse, ‘Repentance’ is the same repentance found in Gentiles who are saved. The ‘remission of sins’ is also the same as that found amongst Gentiles, as are the ‘sins’ (hamartia).  So, although the text refers to Jews, the activity applies to both Jews and Gentiles.  Paul confirmed this in Acts 19:3.  There is only one baptism (Ephesians 4:5) and the meaning of it is given in Romans 6:4, Colossians 2:12 and 1 Peter 3:21.  The Romans text, for example, states:

“Therefore we are buried with him by baptism into death: that like as Christ was raised up from the dead by the glory of the Father, even so we also should walk in newness of life.”

Here, baptism represents dying to this world and being resurrected spiritually into new life by the power of God alone. Thus, baptism is not a vehicle of salvation, but is just a sign that we have already been saved.  The process of entering the water, being fully immersed and coming back out again, is symbolic of dying to the world and then arising in new life.  It is the way a Christian witnesses to the reality of his new faith, founded on the death and resurrection of Christ.  This tells us that infant baptism/baptism of children who are too young to understand, is definitely not Biblical and is a useless rite. (Other texts, referring to salvation itself, also confirm this).  They cannot possibly comprehend spiritual realities.

The text also tells us that mere sprinkling (and infant baptism) is also unbiblical, because the very word ‘baptisma’ means total submersion. Another fact found in this text is that salvation is executed by the “glory of the Father”.  That is, it is all of Grace.  If baptism gave us salvation, then it would be of works, not of Grace; salvation would be ours if we simply dip in water!  Baptism, then, has no link with salvation, other than as a symbol.  We see this in 1 Peter 3:21, in the words ‘like figure’.  It means ‘resembling’ or, not the actual thing but, a representation of it, i.e. symbolic of the death and resurrection of Christ.

Baptisma (baptism) is rooted in the word ‘baptizo’.  The meaning of this word clearly repudiates the idea of sprinkling: sprinkling is NOT Christian baptism but has more to do with the ancient cult rites of pagans, which is why it is found in Roman Catholicism.

Baptizo means to submerge completely, like a sunken ship. It also means to be overwhelmed, as in a catastrophe. These meanings cannot possibly include the rather lame and passive act of sprinkling.  The Greek word ‘bapto’ will serve as a comparison; in about 200BC the Greek physician, Nicander, wrote a recipe for pickling vegetables and the description contains both words – bapto and baptizo – thus giving us a very clear indication of the difference between the two.

Nicander used the word bapto to mean to dip vegetables quickly (blanching) in boiling water, before they were ‘baptised’ (baptizo: submerged) in pickling vinegar.  Bapto indicates a temporary and fleeting action, whereas baptizo indicates a permanent, radical, irreversible change, where the vegetable’s character after pickling was totally different from its character before pickling.  Applied to the Biblical meanings, baptizo refers to a real life-change, where the spirit that was once dead has been made alive forever.  Again, this illustration more than adequately shows that sprinkling is not the same as baptism (baptisma), but is more akin to bapto, a quick and temporary action which cannot and does not effect or reflect change.

In such a short introduction to baptism, there is no need to prove it is commanded of God. We have already shown that the ‘preaching’ of baptism means to command obedience to God on the matter.  Let us, however, emphasise certain important points once more:

By now it should be painfully and glaringly obvious that sprinkling is nonsense and a denial of scriptural truth. So is the baptism of babies and very young children.  There is only one baptism, in essence and in practice.  Not to acknowledge it is to ignore God’s actual command.

When men called by God preach God’s word, they do not open their mouths for the sake of it – they are giving God’s commands, which are to be obeyed. No matter which way sects and denominations care to twist it, baptizo means just the one thing, as explained above.  This explanation is straight from God’s word, it is not the writer’s personal opinion!  Therefore, all who read this paper must immediately put matters right, if they have previously ignored the true Biblical interpretation of baptism.