Watch This – Proof that the Russia Investigation was Always Political 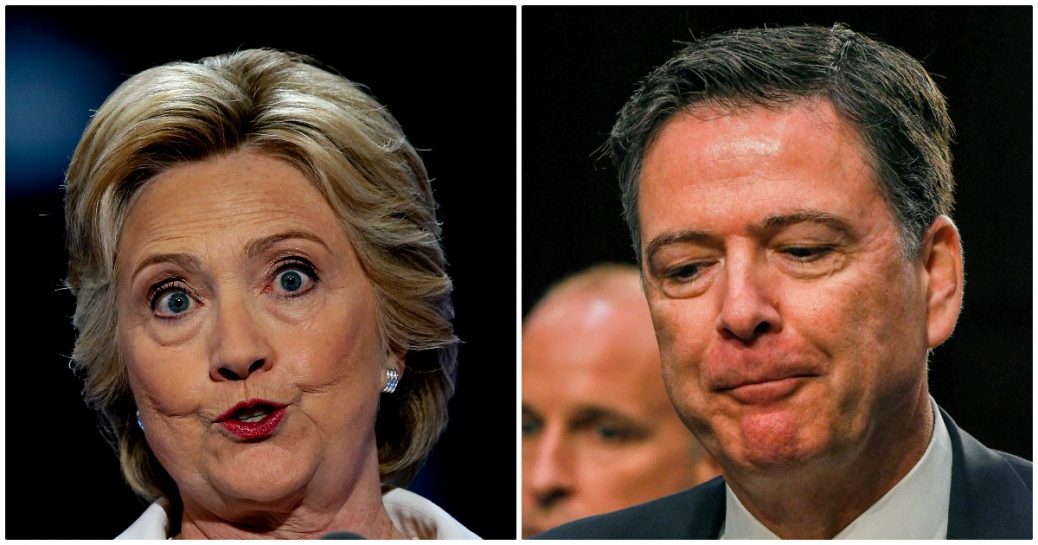 You know the name Carter Page, don’t you?

You probably heard it dozens of times over the last two years.

What you don’t know is WHY you heard his name so often. In all of the breathless news reports that mentioned him, no one could ever quite pin down what it was that Page was involved in or why he was being talked about.

Supposedly, Page was going to be the key to proving that President Trump was an evil Russia puppet.

The reality is that Carter Page is a patriotic American who went from being a friend and ally of the FBI to a pariah in the nation that he had served so well.

Page is finally allowed to open up and tell his side of the story, and what a story it is!

It has everything from government corruption to political intrigue! The one thing it doesn’t have…? A conclusion. Page tells Fox News’ Maria Bartiromo that not only was he never charged with any crime – he was never even questioned. The DOJ spent more than a year spying on him – reading every email, listening to every phone call, and watching his every move – and they had not one second of damning evidence of any wrongdoing… of any kind!

The premise for this investigation into an innocent man? Christopher Steele was being paid by the FBI and by the DNC at the same exact time and he was funneling them both the same bad information. How is this not the biggest story/scandal of this entire circus?

Carter Page: Look, I started actually, months before that, I start getting these calls from various contacts at Fusion GPS. First, respectable news agencies like Wall Street Journal, Washington post, New York Times, all asking me about these same false allegations, which this London-based opposition research guy is getting paid tons of money by the DNC and also by the same time he’s getting these undercover payments from the DNC, but also getting money from the FBI, as Judicial Watch has been able to uncover.

Carter Page: You know, I never — I have always followed the law, both in this country and everywhere and, you know, it’s interesting because not one thing — you know, I probably spent more time than any Trump supporter that’s known in Russia in 2016, not one time did anyone ask he me to do anything I’ll illicit, illegal, even unethical in any way.

Maria Bartiromo: You have plenty of courses, this has been your business, you’ve worked with the FBI before, you worked with intel agencies before about surveillance. So you were a friend of the FBI.

Carter Page: Not only was I a friend. I also did it as an upstanding American citizen.

Maria Bartiromo: Service to your country.

Carter Page: For free. Service to my country. I was not paid one cent. As Judicial Watch has uncovered through their court proceedings and FOIA requests, 11 payments to this guy Steele in 2016, at the same time he’s getting funneled money undercover through this law firm, Perkins Coie, to do this opposition research and basically funnel it back into the — eventually into the FISA court.

Maria Bartiromo: So your name gets involved and you become a target of Fusion GPS and this dossier. Your name gets into the press as a result of them leaking these stories and you start getting death threats. Your life changes completely.

Carter Page: Absolutely. You really have to kind of keep — go low profile. Basically living an international fugitive lifestyle. And the sad part about it is, Maria, I tried telling Director Comey about this, sent him a letter on Sunday, September 25th, 2016, right after that Yahoo News article. And saying — calling this thing a witch hunt and just nothing — they did nothing. The months that followed, in October and in January he sends two false affidavits to the FISA court, abuse of process in a U.S. federal court.

Maria Bartiromo: So as a way to get a warrant from the FISA court to wiretap you and when you wiretap you, you’re not just getting phone calls, you get all the communication. Explain what wiretapping is.

Carter Page: What’s interesting about it is, I think these fake media outlets are trying to spin this as, well, he left the campaign. I took a leave of absence from the campaign but all the people I was working with, all the people I knew said, you know, you’re definitely still part of the trump movement, you know. So I was a big supporter and unfortunately the people I stayed in touch with all of our communications — not just wiretap. I got hacked for over a year. They talk about a couple of Podesta e-mails and DNC e-mails. All of my communications with open members of the Trump team, Trump supporters, were all intercepted, illegally, based on these false affidavits by people like Comey and Dana Boente and all these guys.

Maria Bartiromo: You were never charged with anything.

Carter Page: Not only was I never charged, I — all these witch hunt interrogations I went through with Mueller’s band of angry Democrats and these various Senate and House committees, they never even asked me one question, which even comes close to doing anything illegal in terms of things I actually did.

It was all things that these Democrat consultants were paying for to basically smear my name and get me in trouble and actually leading to these death threats that you correctly alluded to.

Maria Bartiromo: It was very convenient, because you were part of the Trump movement and they had wiretaps and hacking going on so they saw all your e-mails, they saw who you were communicating with — maybe they got a sense of what the Trump campaign was planning against their girl, Hillary Clinton, who they were obviously protecting. What I want to ask you about not just the hacking and the wiretap, because they used the articles that we referred to, the Yahoo article, as part of “evidence” to get the wiretap against you. So it was the media and it was the dossier. That’s what they presented to the FISA court.

Carter Page: Absolutely. And you know, also in this fake Mueller report, which came out, you know, all of this band of angry Democrats, the majority of people that interrogated me in the grand jury were significant democrat donors, right. And so basically it’s just a clean-up act right now to try to make me look as bad as possible. Make president trump look as bad as possible and the entire campaign and all of his supporters.

Maria Bartiromo: You know what’s really incredible here? We’re learning what the FBI uses in terms of their sources and methods, and this is really a dangerous part of this because in addition — because of this cabal of people, these fraudsters like Peter Strzok and the others, opening up everything that the FBI does, because now there’s an investigation on, we are learning that the FBI uses informants and George Papadopoulos told us about this on Sunday who had all of this outreach from intel officials from Britain, from Australia, from Italy, and they were informants luring him in. It was entrapment.