WATCH: The ‘Miss Universe’ Pageant Has Lost Its Mind 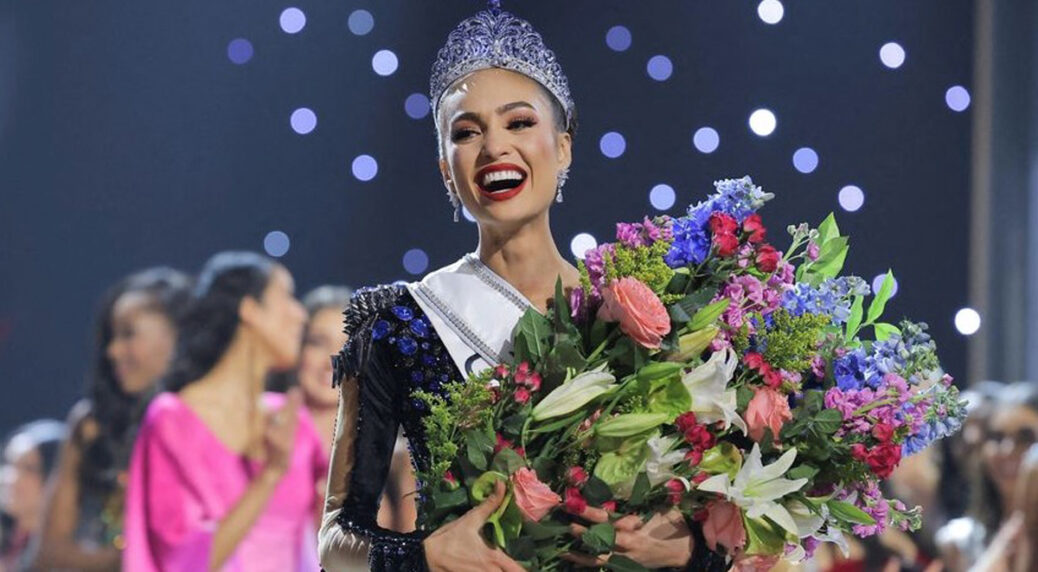 The Miss Universe pageant was held on Thursday and the winner was an American with the interested name of R-Bonney Gabriel. And while the winner’s name is a pip, that is far from the only oddity pageant viewers were confronted with during the Jan. 12 broadcast.

Before we get to the wackiness of this year’s pageant, let’s explain the winner’s name.

R’Bonney Gabriel was born in Texas in 1994 to a Filipino father, Remigio Bonzon “R. Bon” Gabriel, and an American mother, Dana Walker. Her name is sort of feminization of her father’s name, as you can probably guess. It is an interesting one, to be sure.

But, now that we understand that crazy name, let’s get to what was even crazier about the pageant.

I mean, what, exactly, were these designers taking… and was it legal, or illegal?

Check these nightmares out:

The RED and GOLD is amazing! WOW. ❤️ ⭐️ Tune in NOW to the 71st #MISSUNIVERSE Preliminary Competition airing LIVE on the official YouTube channel. pic.twitter.com/Podxqq2rjQ

Nepal, the endangered #Hindurashtra that always takes pride in its culture and traditions. This won my heart ❤️ #MissUniverse pic.twitter.com/35mSIGzmS3

The details in this costume are stunning. ✨💙#MissUniverse pic.twitter.com/1NkN7VHlq7

Ukraine is SLAYING on stage, along with her beautiful feathered wings. What an inspiration to all. 💙 #MissUniverse pic.twitter.com/bP3LA4gDsx

Cameroon walking the stage with her costume focusing on agricultural movement! WHAT A BEAUTY! #MissUniverse pic.twitter.com/7sefZt3ft2

Miss Brasil as a mermaid, she understood the assignment 🧜🏼‍♀️ #MissUniverse pic.twitter.com/WXf3btBfLh

INDONESIA is rocking it on the stage. 😱 #MissUniverse pic.twitter.com/vyiW0blXQt

… and the winner, Miss USA, really needed to be carrying a pair of AR-15s if she wanted it ti really shine:

Looking at these monstrosities, and I can’t even.