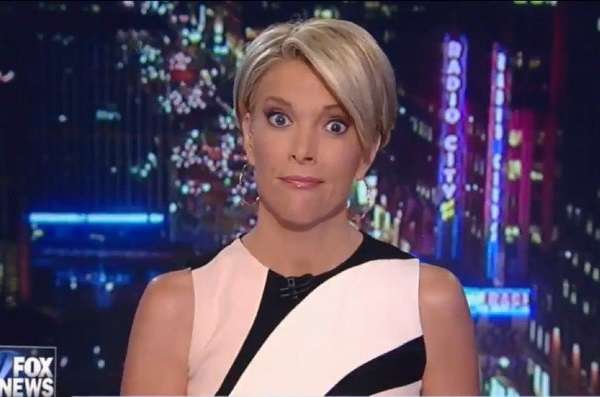 In an extraordinary two minute clip from the Megyn Kelly File last night, Newt Gingrich said what so many have wanted to say to the biased, drama filled mainstream media. In a compelling and absolutely riveting interview, Gingrich called Megyn on being “fascinated with sex”, being in the tank for Hillary, and for ignoring Hillary’s many scandals.

The interchange occurred in the middle of a conversation about the importance of Donald’s mean words caught on tape in comparison with Hillary’s crimes against the country as revealed by Wikileaks over the last few weeks. Things got particularly heated as Kelly defended her show. A transcript of the relevant portions of the interview are below as are the full clip (below) or a 2 minute version which includes the most interesting portion (also below).

“Sure. Okay. “So, so it’s worth 23 minutes of the three networks to cover that story, and Hillary Clinton had a secret speech in Brazil to a bank that pays her 225,000 [dollars], saying her dream is an open border where 600 million people could come to America — that’s not worth covering …” – Gingrich

“That is worth covering,” interjected Kelly. “And we did.” – Kelly

“ … I mean, you want to go back through the tapes of your show recently, you are fascinated with sex, and you don’t care about public policy.” – Gingrich

“Well, that’s what I get out of watching you tonight,” – Gingrich

“ … and understanding what we’re getting in the Oval Office …” – Kelly

“ … and I think the American voters would like to know …” – Kelly

“And, therefore, we’re going to send Bill Clinton back to the East Wing, because after all, you are worried about sexual predators.” – Gingrich

“Yeah, listen, it’s not about me, it’s about the women and men of America. And the poll numbers show us that the women of America, in particular, are very concerned about these allegations and, in large part, believe that they are a real issue. And don’t dismiss the women …” – Kelly

“We on “The Kelly File’ have covered that story as well, sir. I will tell you, the polls …” – Kelly

“ … excuse me, sir. We on ‘The Kelly File’ have covered the Clinton matter as well. We’ve hosted Kathleen Willey …” – Kelly

“ … we’ve covered the examples of him being accused as well, but he’s not on the ticket. And the polls also show that the American public is less interested …” – Kelly

“ … in the deeds of Hillary Clinton’s husband than they are in the deeds of the man who asks us to make him president, Donald Trump. We’re going to have to leave it at that, and you can take your anger issues and spend some time working on them, Mr. Speaker. Thanks for being here.” – Kelly

The full clip can be seen here.

A two-minute clip which includes the most riveting portion can be seen here.