WATCH… Must See Speech: ‘Woke Culture Has Gone Too Far’ 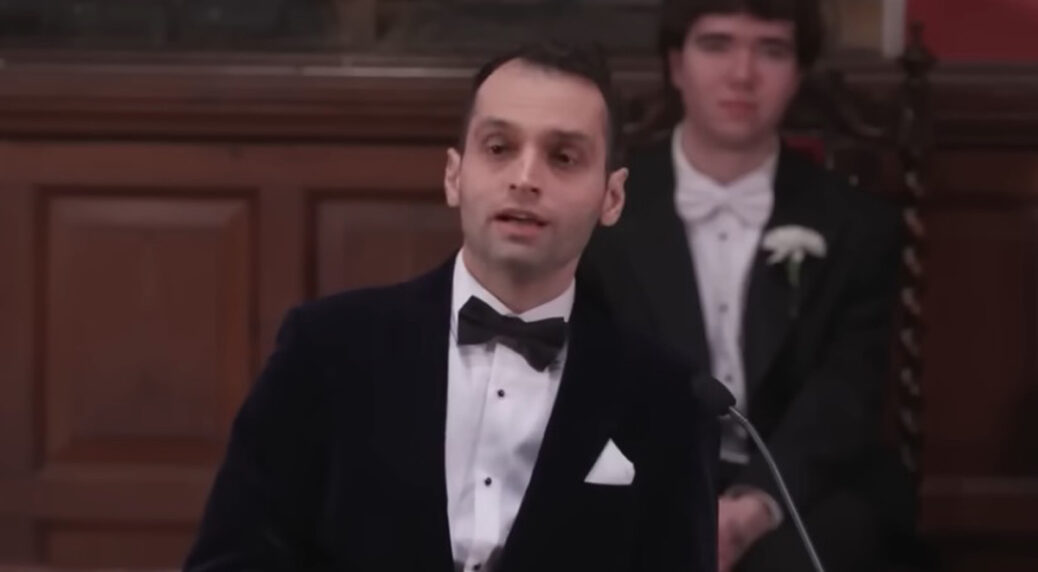 The Oxford Union is well known for presenting thought provoking speeches to students, but they are usually from the left-wing side of any particular argument. However, recently comedian and commentator Konstantin Kisin was invited to give remarks opposing “woke culture,” and his speech is a must see.

Per the student newspaper description of the night’s debate:

Speaking on proposition was Founder of the Free Speech Union (FSU) and Associate Editor of the Spectator Toby Young.

Young argued that “Wanting to reduce prejudice and discrimination and improve outcomes for historically disadvanged groups is an admirable goal…the objection to woke culture is not the end but the means used to achieve it.”

In his speech Young cited examples of legitimate free speech crises around the world from the Uyghurs in China to women in Iran to Kathleen Stock who in his eyes “was essentially hounded off the Sussex University campus”.

Naturally, as soon as the topic was unveiled, woke fascists attacked Union President Ahmad Nawaz for “pandering” to the “right-wing” and they demanded that the debate be called off.

Anyway, one of the standout speeches was made by Konstantin Kisin who blasted the illegitimacy — and danger — of the woke ideology.

This is a great video: