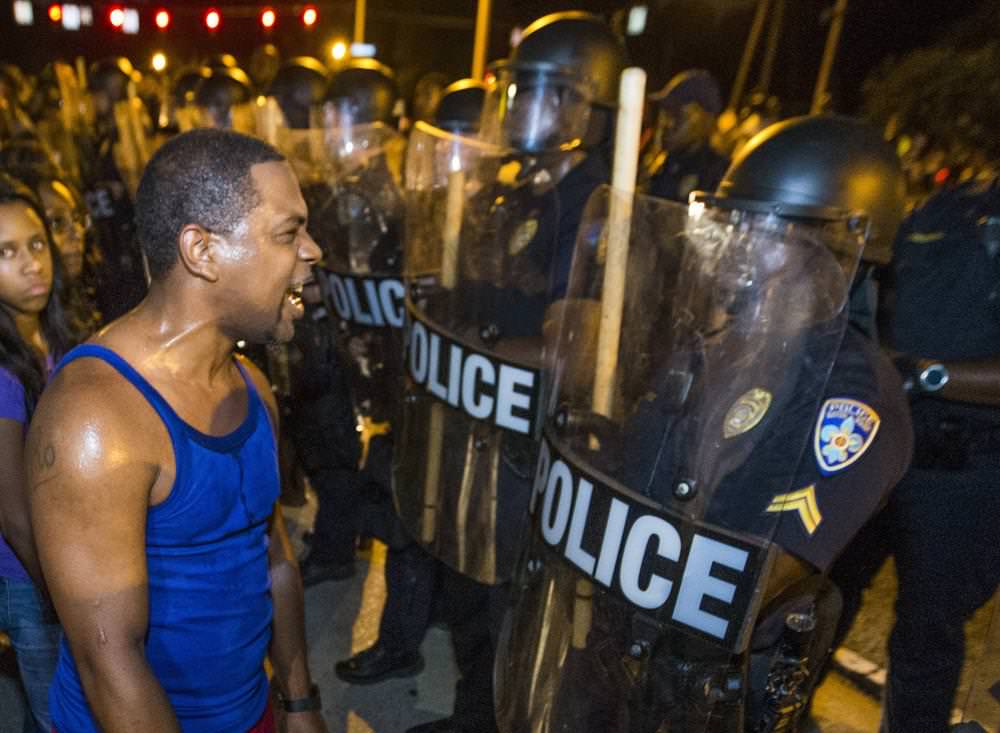 In an open and obvious declaration of intent, a group of Black Lives Matters members shared their “thoughts” on their movement, race relations, and how to interact with police.

Those thoughts appear to be only “slightly” (insert eye roll here) less tolerant and peaceful than the liberal left, including President Obama, would have one believe. Fortunately, the videotape doesn’t lie and shows Black Lives Matters attempting to prompt action against police departments across the United States with commands to:

“When the police tell you…whatever they say you’re doing, you pull your pistol out and you bust them”.

“We are tired of asking for people to help us, we need action.”

“I don’t give a f— if you knock them over, if you run up on them, you better take action.”

This video provides undeniable proof of the intent and goal of Black Lives Matters which, as asserted by Ray Thomas at IPatriot.com, is:

“All they’re interested in is making life hard for the cops, not thinking about the results. One of which is that cops killing people will only INCREASE, as cops, knowing they have a target on their backs, are quicker to shoot. They are CREATING the very thing they SAY they oppose. That takes a very special kind of stupid.”

Black Lives Matters agenda has been clear for any reasonable American to see since their inception but this video provides undeniable proof to any leftist who would attempt to defend their race-baiting, police-hating agenda as anything other than what it is: a criminal front-group who should be arrested, not tolerated. The comments made by those in this video are enough, in my opinion, to charge each of these Black Lives Matters members and their organization, with criminal intent, threats against public officials, and inciting violence against police officers.

Similar to the Left’s attempts to re-define Islam as a “peaceful religion”, just because the Left says it over and over again doesn’t change what is factually and undeniably true – Black Lives Matters has no place in a united, peaceful, equal America.

Thank God for our police officers and thank God for their bravery as they protect our nation in spite of criminals like those found in the video below.