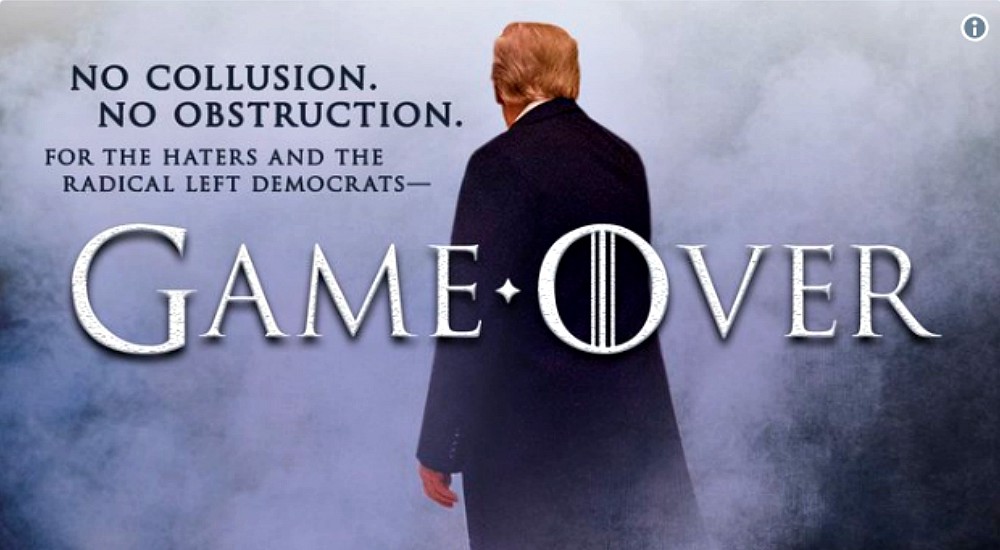 Attorney General William Barr delivered a short message at a press conference on Thursday prior to his release of the (redacted) Mueller report.

In his comments, he repeatedly stated that Special Counsel Robert Mueller found NO EVIDENCE of any collusion and no proof that President Trump obstructed the investigation. However, Mueller did personally believe that the President may have attempted to interfere in the investigation on several occasions… a belief that AG Barr said he disagrees with. However, Barr definitively stated that the report exonerates the President of any crime even if it doesn’t exonerate him of all bad behaviors.

Nonetheless, the White House fully cooperated with the Special Counsel’s investigation, providing unfettered access to campaign and White House documents, directing senior aides to testify freely, and asserting no privilege claims. And at the same time, the President took no act that in fact deprived the Special Counsel of the documents and witnesses necessary to complete his investigation. Apart from whether the acts were obstructive, this evidence of non-corrupt motives weighs heavily against any allegation that the President had a corrupt intent to obstruct the investigation.

The President was happy with how the press conference went:

The media was less happy:

And CNN’s Jeff Toobin said Barr had been watching too much FOX News.