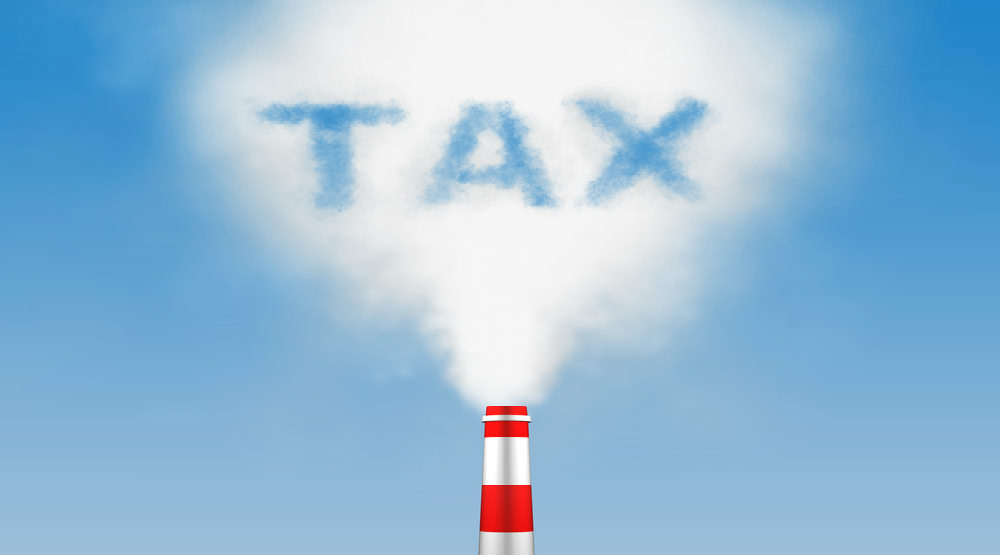 There is a ballot initiative coming up for vote this November. It’s the only one of its kind in the entire country – but hey – things must begin somewhere. I suppose it’s possible that other states are taking a wait-and-see approach – to allow Washington to be the guinea pig before jumping on the bandwagon.

Like all Western States, Washington has suffered with drought and wildfires for quite sometime now. Evidently the only thing that can put a halt to these environmental catastrophes in a Carbon Tax. Yes –a carbon tax.

According to ThinkProgress, the people of Washington State “will have the rare chance to vote on whether the state should tackle climate change by going after the root cause: rampant atmospheric pollution of greenhouse gases, like carbon dioxide.”

Ballot initiative 732 is directly modeled after what the article calls the “successful and widely popular carbon tax in British Columbia (BC).”

Being as British Columbia is just north of Washington State – it should be easy to judge just how successful the tax has been. By most accounts the BC carbon tax has not hurt their overall economy – but that’s not really the point. The purported purpose of the tax was/is to stop the ravages of climate change.

The tax was instituted to reduce dreaded carbon dioxide emission – which it did – between 5 and 15% for the first couple of years. This is what ThinkProgress and other leftists choose to tout.

The BC carbon tax was passed and became law in 2008. From 2008 to 2010, the recession was actually the cause
of decreased carbon emissions. Since then, as their economy began to recover, emissions popped right back up and have increased every year.

But even if we to take ThinkProgress at their word (dangerous as that would be), we would still have to look at what affect the “reduced carbon emissions” has had on the BC’s precious environment.

As I stated earlier, the entire West Coast has suffered with drought and wildfires. Therefore logic would dictate that due to BC’s carbon tax of eight long years, they should not be suffering like the polluters in the Western United States. You’d be wrong about that.

According to CBCNews , “The B.C. Wildfire Service says 2015 was a bad year for wildfires, with nearly three times as many hectares [appr. 2.5 acres] burned as the 10-year average.” In fact BC’s fire information officer said that, “certainly fire activity this year was more intense.” They have spent twice the ten year average, or $287 million, fighting fires in over 300,000 hectares of forest.

It is obvious BC’s eight year carbon tax has done exactly squat in combating the mythical beast of man-caused climate change – which of course is the sole cause of drought and wildfires – as well as floods and hurricanes.

So if a carbon tax hasn’t and won’t affect the climate – what then is its true purpose? It is as is every scheme of the left – two fold. The carbon tax is first and foremost a transfer of wealth – and second it is another form of nanny state control – allowing the state to pick winners and losers, by punishing industries it finds offensive, like big oil, in favor of solar and wind.

Despite all evidence to contrary, that a carbon tax will do nothing to help the environment (which needs no help), Washington State liberals are determined to forge on with their dopey ballot initiative.

But this is exactly what our founding fathers envisioned for the nation. This is federalism – where individual states can do pretty much what they wish – pass as many stupid and useless laws and they want – whether it be Romneycare in Massachusetts, California, which has too many to name, or a carbon tax in Washington State.