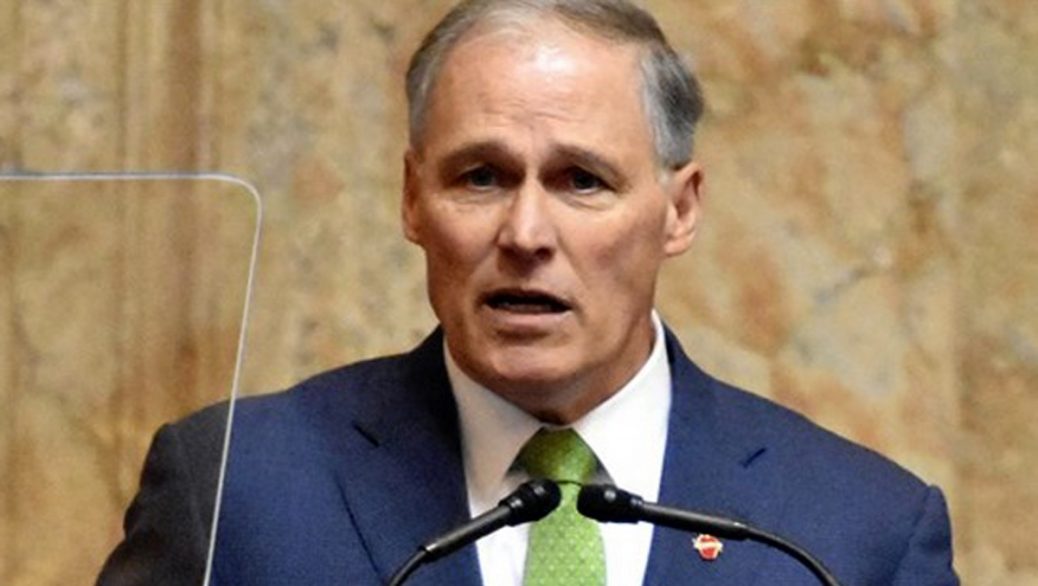 Washington State’s Democrat governor Jay Inslee wants to pass a law that would make “lying” a crime. Yes, once again, we see that it is the Democrats who want to destroy free speech.

Inslee thinks that a U.S. state has the power to put an end to the First Amendment when it comes to “lying” about the results of elections. And he is bucking for a new state law that would criminalize “lies” in their area.

According to Yahoo News:

Washington Democrat Gov. Jay Inslee is calling on lawmakers in the Evergreen State to make it a crime for “elected officials or candidates for office” to lie about election results.

“It should not be legal in the state of Washington for elected officials or candidates for office to willfully lie about these election results,” Inslee said, according to a report from the Seattle Times.

The legislation would make it a gross misdemeanor for elected officials or candidates for office to lie about the results of an election. However, Inslee said later in an interview on Thursday that there would have to be “knowledge that there’s potential to create violence” for it to be considered a gross misdemeanor.

This is a clear violation of the U.S. Constitution and our Bill of Rights.

Indeed, “lying” in politics is exactly the sort of speech the founders wanted to protect, not because they were all fired up about protecting lies, but because a “lie” is often in the eye of the beholder. The founders felt that an informed electorate would be able to tell the worst scoundrels from the good legislators and we didn’t need speech codes to clarify the matter.

After all, where they came from, the Royal Crown jailed the political opposition for their rhetoric. This lack of freedom was abhorrent to the founders. And it should be abhorrent to every true American to this very day.

Besides, Inslee likely stole his last election as it is! Inslee’s past GOP opponent, Loren Culp, says that there were multiple instances of Democrat voter fraud in the 2020 election that tipped the election in Inslee’s favor.

Inslee’s proposal sure seems more like a desperate effort to cover up for his vote fraud, doesn’t it?