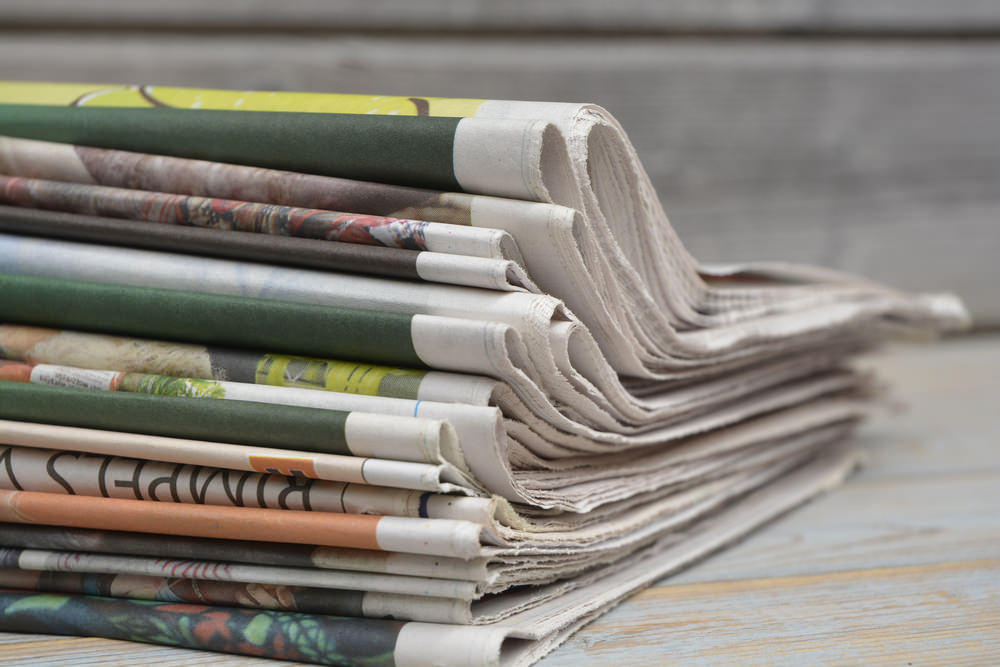 The Washington Post, in its Standards and Ethics, committed itself to “an aggressive, responsible and fair pursuit of the truth,” so that the reader may be “without fear of any special interest,” but it has abandoned its pledge. Pursuant to the recent wave of deadly Palestinian attacks against Israelis, the newspaper’s Beirut correspondent Hugh Naylor had utterly ignored the terror victims’ horrific sufferings and, instead, focused on the discomfort claimed by Palestinians.

Since September 2015, four hundred and forty-four Jews have been injured, some quite seriously, and 34 killed in what the Palestinians arrogantly call the Knife Intifada. There were also at least 851 stone-throwings and 337 petrol bomb-throwings, with many more that had gone unreported. Palestinian President Mahmoud Abbas, a despicable, deceitful man who indoctrinates his people from toddlerhood to hate Jews, incites them to attack and kill civilians with an assortment of weaponry (knives, axes, meat cleavers, screwdrivers). This time the fabricated threat is that Israel was plotting to close down the Al Aqsa Mosque.

Israel is a democracy, however, and under Israeli rule, no religious group has ever been deprived of visiting its sacred sites. By contrast, during the 19 years of Jordanian rule, Jews were forbidden entry and Christians were under such strict government repression that they were forced to emigrate, severely dwindling the Christian population. When the Jews regained East Jerusalem in 1967, all but one of 35 synagogues were completely ravaged and used for stables and filth, Jewish tombstones on the Mount of Olives cemetery were broken, and holy books burned. More than mere vandalism or the allegation that they must destroy idols, these behaviors are intended to erase the memory and proof of existence of all religions but Islam.

The Washington Post and its journalists surely know that under Israeli rule, Muslims may practice Islam in Israel’s capital, Jerusalem, even though Muslims forcibly turn away Jews from their holiest site, the Temple Mount (location of the Al Aqsa Mosque). Israel also recently issued nearly 90,000 travel permits to Palestinians who wish to visit family and the Al Aqsa in deference to their religious month of Ramadan. The Palestinians responded with another terrorist attack, killing four and injuring at least six, possibly 17, in an upscale Tel Aviv marketplace – another challenge for Israel’s compassion and the journalists who eschew the truth.

The identity of the recent Intifada victims are known, but Naylor ignores them. They include several young rabbis who left behind wives, each with several young children; one whose wife and one child were also critically injured; and a rabbi and his son who were both killed en route to celebrate his daughter’s wedding.

Others were a professor of economics, son of Holocaust survivors; a Palestinian woman returning home from work; a 21-year-old theater major who had just completed her national service; the owner of a recording studio, married with two daughters; a civil employee of the IDF, murdered during a celebratory weekend for a friend’s birthday; a 26-year-old law student; a taxi-driver; a nurse and mother of six, age 38; a 30-year-old pregnant woman; a youth-group leader, age 24; a member of the Golani Brigade and sole support of his mother and two siblings; and a young border policeman. The list could cover many pages, each name representing an empty space at a table, a beloved child or parent who will never return, the private tears and sorrow that the world never sees.

Foreign-born citizens were not invulnerable, and included an Iraqi silversmith, father of five; an Azerbaijani security guard; a Uzbekistani man who was shopping in a Judaica store; an Argentinean rabbi, teacher, husband and father of seven; an American peace activist, English teacher and father, who had marched for civil rights and desegregation in the American South with Dr. Martin Luther King. Jr.; a US citizen, age 18, who was planning to attend Rutgers University; an American West Point Academy graduate, 29, who had served in Iraq and Afghanistan, and was signed up for the Vanderbilt MBA Program, and whose wife was among the injured. When the news hit, the callous Palestinians celebrated in the streets, but this was also not reported.

Neither did Naylor attempt to interview the new widows and widowers, the parents who must cope with the loss of a child, or the children traumatized by the loss of a parent. He gives no voice to the severely injured, whose planned futures have suddenly been forever changed or erased, and who must now deal with significant and still life-threatening injuries, including severe and extensive burns from bus explosions. Rather, he confers with Palestinian Arabs, who speak of the inconvenience of additional checkpoints that turn a job commute into an “hour-long ordeal.” Indifferent to how their co-religionists are murdering Jews and Christians worldwide, they lament about the increased military patrols and raids, or having to face deserved, but non-existent, Jewish retaliation – and the Washington Post and its agents buy into their trifling presumption of victim-hood.

Feigning ignorance of 3,000 years of continuous Jewish presence in Jerusalem, Naylor chooses to grumble about “Jewish settlements” in East Jerusalem, an inappropriate term for the indigenous people. But there were no “settlements” or “occupation” or sovereign Israel when the barbarians conducted deadly pogroms against Jews in 1920, ’21, ’29, and ’36. Naylor should know Israel became a sovereign nation in 1948, and these are not “settlements” but normal neighborhood development. He should know that there was never a Palestinian people or nation prior to 1967, when these Arabs reinvented themselves after losing their aggressive war. He should also know that Judea and Samaria were called the West Bank for merely 19 years of Jordanian occupation, and that the Palestinians are settlers in a land that was never theirs. He should know, and he does, but his objective is to market the Post’s view. The major obstacle to the creation of an independent Palestinian state has been and remains Palestinian. They have consistently refused peace and turned land offers into war zones for their eternal jihad, mandated in their Koran, intensified by their President and drilled home during their five daily prayer times

Naylor parrots the Palestinian narrative that Israel captured and annexed Jerusalem during the 1967 Arab-Israeli War, but fails to make clear that this was the result of defending herself against the joint forces of five Arab countries whose purpose was to obliterate Israel. Military control of the West Bank was clearly the result of a defensive war: “International jurists generally draw a distinction between situations of “aggressive conquest” and territorial disputes that arise after a war of self-defense. Former State Department Legal Advisor Stephen Schwebel, who later headed the International Court of Justice in The Hague, wrote in 1970 regarding Israel’s case: “Where the prior holder of territory had seized that territory unlawfully (in this case, Jordan), the state which subsequently takes that territory in the lawful exercise of self-defense has, against the prior holder, better title.” For this reason, the term “occupation” is wrong and misleading. Israel did not decide to “occupy” the land; her presence resulted from a war executed by Syria, Egypt, Lebanon, Jordan, and Saudi Arabia, and backed by Russian supplies to Kuwait, Algeria, Iraq and Saudi Arabia.

In defense of attacking Israelis with knives, Naylor falsely claims that Palestinians face discrimination in public spending on infrastructure and zoning restrictions, but, to repeat, Judea and Samaria have not been annexed or occupied by Israel. In fact, Israel has withdrawn from about 94% of the territory it captured in 1967. Naylor needs to consider that no other group resorts to such violence during times of inconvenience, and that this behavior is inherent in the Islamic ideology and culture, dictating violence not merely in Israel but throughout the world, where killing is done in the name of Allah, not Jesus, not Jehovah or Moses or Buddha or any other deities. The hate is embedded in the collective consciousness of Islam, along with their jubilation at bloodshed.

It is the Washington Post and other biased newspapers as well as BDS groups on American campuses that provide a platform for Palestinians to whine about vague (never specific) regulations, deliberately ignoring the fact that these Palestinians are not citizens of Israel at all and have no claim to citizenship rights. Their actual position is that they are under military law administered by the Israel Defense Forces Central Command in disputed territory, and they remain so because of their unwillingness to end violence against Israel. Palestinians have had many opportunities, but refused to negotiate a final settlement for a peaceful future for all.

And the options for Palestinians are many: to recognize and work to overcome the directives of hate and death in the Koran; to start teaching the truth about their history to all their citizens, beginning with the children; to stop living under the inhumane threat of Sharia law; to cease the constant incitement through their mosques, schools and media; and to learn and accept how to live in peace with non-Muslims.

Throughout their Koran, they are instructed to follow in the footsteps of their prophet – to kill Jews and Christians for the ultimate goal of Islamic world domination. Their goal is to destroy Israel, implement Sharia worldwide and to re-establish the global Islamic State (caliphate).

o9:0 JIHAD “Jihad means to war against non-Muslims and is etymologically derived from the word mujahada, signifying warfare to establish the religion. (1) “Fighting is prescribed for you” (Koran 2:216); “Slay them wherever you find them” (Koran 4:89); “Fight the idolators utterly” (Koran 9:36).

The entire world is at risk and the Washington Post is the spokesman for savagery.