The Washington Cesspool is Now Totally Dysfunctional and Combative! 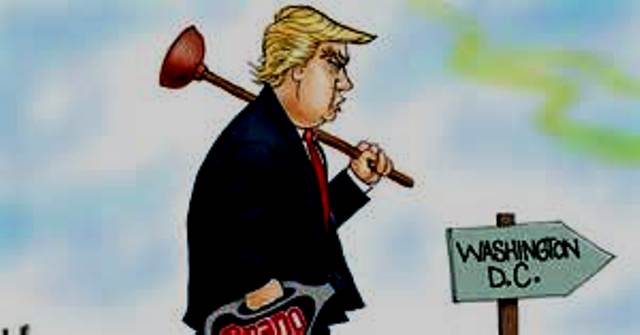 How I defined the “Washington Cesspool”:

The “Washington Cesspool” is huge! It includes the Democrats, RINO Republicans, Main Stream Media, self-appointed members of the “Washington Elite”, most of the Washington career bureaucrats, and many federal employees. In fact the “Cesspool” has become so big it literally drowns out any one outside the cesspool who attempts to “call out” any of its members for anything they do or question anything any of its members says.

Tom Fitton, President of “Judicial Watch” calls it the “Deep State” and describes it as “legions of political appointees, career civil servants, and powerful private contractors who run the government no matter who is in the Oval Office. No matter which political party controls Congress. And, no matter what is the will of the American people. No matter who is in power they exert control. Oftentimes the liberal media effectively operates as the propaganda arm for the “Deep State”.

Regardless of what you call it, the “Swamp”, “Washington Cesspool”, or “Deep State” it is obvious that its inhabitants are becoming more obsessed with destroying the Trump Presidency by any means necessary!

As noted these are just a few examples of how far the “Never Trumpers” are willing to go to destroy the Trump Presidency. These people must be “called out” as the traitors that they are, and where ever possible replaced with patriotic Americans!

The “Cesspool” has been growing steadily for decades so draining it is going to be a long slow process. However, I am confident that President Trump, Attorney General Sessions and the President’s Cabinet Secretaries will steadily chip away at it over time.