War is Ruthless, Should We Be? 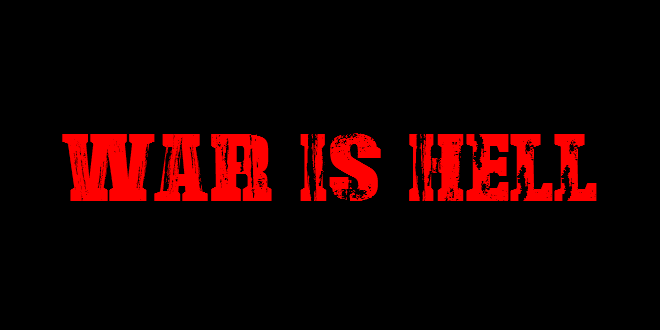 It is time to recognize there can be no compassionate conservatism in war. When pow’s are murdered on TV there can no longer be any doubt what it is we are dealing with and what it takes to eliminate such atrocities. Here we are with a nuclear stockpile that we have produced in case we would ever need it. Is the only time we will ever employ it is when the enemy is at the gate? These regimes that would have us believe they are too frightening for us to react to them and counting on our “compassion” should realize by example that if you do not respect us, if you murder our citizens, if you threaten us then our arsenal will be unleashed . “We will not sacrifice our innocents for theirs. If they do not want to overthrow or rebel against a tyrant then they must necessarily perish with them. When it comes to either us or them there is only one path we can take. Where we have shown our wrath in the past via the weapons we were willing to use those nations have learned we are not to be challenged. Where we have shown an unwillingness to win we have perpetuated disdain and continual war. At the very least we should threaten to use our weapons of mass destruction against those who would harm us. Such a stance would give pause to those who do not understand the implications our arsenal presents. This of course would close down that farcical organization laced with our enemies…the United Nations. We do not need an organized voice of the world to concur we are entitled to defending our country and the freedom of humanity we stand for.

We have a President that is calling for nuclear disarmament and one has to question the motive behind such a call. It can be nothing but suicidal for America which calls into question the loyalty and patriotism of one who says he will stand with the Muslims. The elimination of nuclear weapons is analogous to disarming the police and in this case is a plan to disarm the military. Is this so we can only fight conventional warfare? And what if someone like Iran who is hiding their nuclear capabilities decides they now have the capacity to wage nuclear war. Without a nuclear deterrent we would sit helplessly while waiting for a mushroom cloud to loom.

When a devastating weapon is created it no longer can be uninvented. The only options to own it and have it available if the need arises. Those who don’t have nuclear capability will be held at bay if they think it could be unleashed on them. But the presence of nuclear weapons without the courage to launch them makes them ineffective. A rational policy of utilization to protect the nation must also be in place and people in the job of using them willing and able to understand and commit to their purpose.

This business of thinking that enemies can befriended to fight their brothers is naive at best. We have seen how this works particularly in the Middle East where allies are changed almost daily depending on who is winning. How many more tanks and Hum Vees do we have to donate for enemy use before we recognize what is going on? How many more broken down shacks do we have to “clear” while putting good American soldiers in danger?

War is a ruthless activity and the one who tries to insert humane policies such as avoiding all collateral damage only encourages the more ruthless to triumph. Generals who understood this and had orders to act accordingly didn’t allow atrocities by the enemy to dictate the mistaken view that ,”we are better than that”. We can’t be better than anything if we lose to an enemy that wants to enslave us.

The old adage of “keeping your powder dry” can be modernized to “keep your nuclear weapons ready”. Like the gun in the bedroom self defense for a nation means a nuke in the silo ready to go and the willingness of the commander in chief to defend the nation.