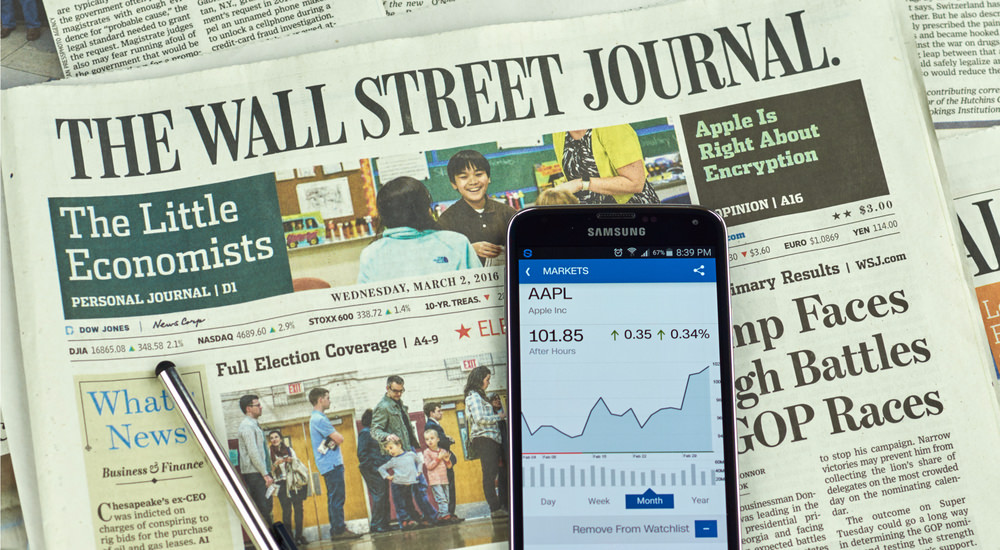 I used to look forward to and enjoy my Wall Street Journal (WSJ) delivery in the wee hours of the morning.  Now I wonder why I bother, though I still enjoy the crossword.  The news section is almost completely drive by main stream media approved trash including fake news attributed to anonymous sources that trash our President.  Figures because their reporters go to the same corrupted Journalism (J) schools as their peers and have the same outlook that gets its marching orders from the demoncrap party and political and cultural elitists.

The editorial section is only marginally better with its open borders philosophy and columnists either openly (Bret Stephens) or indirectly (Karl “Romney wins Ohio” Rove) sniping at Trump.  Hard to see why Rove is still commentating as he has not called anything correctly since 2004 and as a poster child for the Republican Rhino establishment obviously desperately wanted Trump to go down in flames, probably still does.   Saturdays are special with Peggy Noonan wringing her pearls over the uncouth Trump and the “toxic” atmosphere he brings to her status quo DC paradise.  She has not been relevant since Reagan and maybe Bush 41.

Once a month I get a glossy New York Times-esque magazine that celebrates with emaciated heroin whore models, the gay lifestyle, overpriced jewelry and unwashed hair though they occasionally throw a hot chick in.  The most recent issue featured an opinion by an extremely warped sexually confused person I will not name.

WSJ has been living on its having the conservative corner and being the “business” publication of choice.  Investors Business Daily is much better though costly.  On the plus side, Jason Gay and other sports writers can come up with some memorable stories.  Dan Neil writes an epic automotive column, probably the best writer of the bunch.

On balance, WSJ is close to going completely to the dark side.  If they don’t change their tune and soon, I and many will tune out.