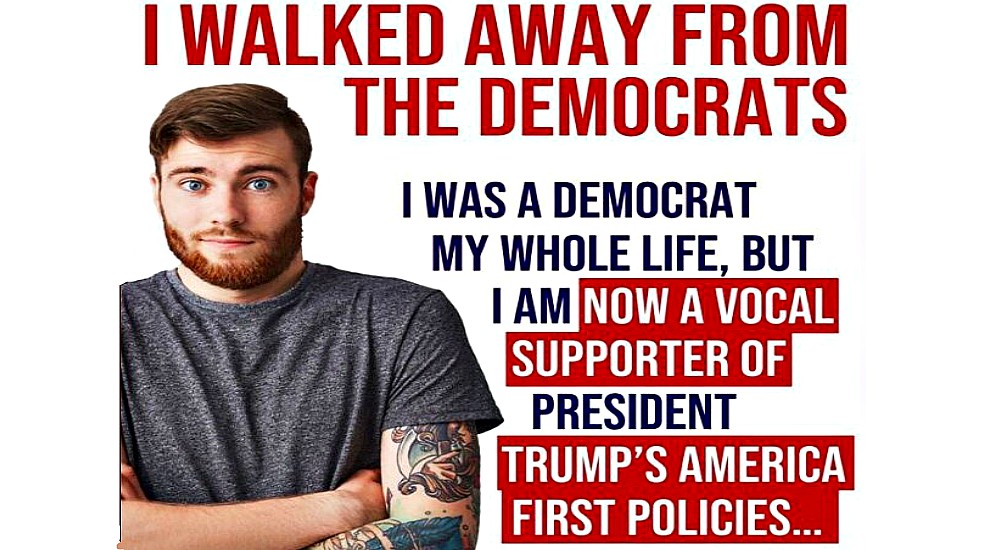 Or at the very least, give the brave #WalkAway converts a platform to help them spread their word of freedom and conversion. In my opinion, it’s a perfect fit.

Both movements cater to a similar demographic, say the 18 to 35 crowd, as older leftists tend to be more set in their ways, more averse to change, or frankly even opening their minds long enough to see and hear another view.

For those unfamiliar, Brandon Straka, the founder of #WalkAway, describes the movement thusly: “The #WalkAway Campaign is the movement bringing Americans together to #WalkAway from intolerance and societal discord; to leave identity politics behind; and to walk towards unity, civility, respect, and the American ideals of life, liberty and the pursuit of happiness for all.”

The Turning Point, “organization’s mission is to identify, educate, train, and organize students to promote the principles of freedom, free markets, and limited government.”

Although Turning Point is decidedly more political, both are working to advance the cause of liberty and freedom. Both are encouraging a change in ideology from left to center to right. Turning Point seems to do this on a grander scale, while #WalkAway leads others by individual example.

Very few people, left or right, like “opposition,” and even fewer will be open to listening to it. The minute you say, “Well I have an opposing view,” you have, in effect, invited an argument. People automatically throw up a wall and prepare themselves to be attacked – verbally of course.

It’s why we never see a group of people post a #WalkAway video. The left is all about group think. As long as one remains in that environment, there is little chance or opportunity to accept another view. Even if a member of the group is having second thoughts, they dare not express them, for fear of the inevitable reprisal.

It’s why, as we’ve witnessed, these conversions must be done individually.

If I were the folks at Turning Point USA, I would offer each one of the #Walkaway movement members a forum to tell their story.

5,000 to 6,000 young people plan to attend the Turning Point Student Action Summit, starting December 19. Allowing those of the #WalkAway movement to speak, maybe more inspiring than any other of the great and prominent speakers already slated. It may also provide a good education to conservative activists on how better to approach those on the left.

For they have a totally different perspective. Most of the speakers at the event are already respected conservatives and have been for decades, if not their entire lives.

These folks are different – they are new converts, who were brave enough to open their minds to the falsity of the left first hand.

No one convinced them. They did it all on their own. And this is far more powerful and permanent. When you allow yourself to open your heart and mind, rather than accept a change from without, it has a much greater impact, and as I said, is likely to be a permanent change.

If nothing else, Turning Point should invite the founder of the #WalkAway movement, Brandon Straka, to speak at the event.